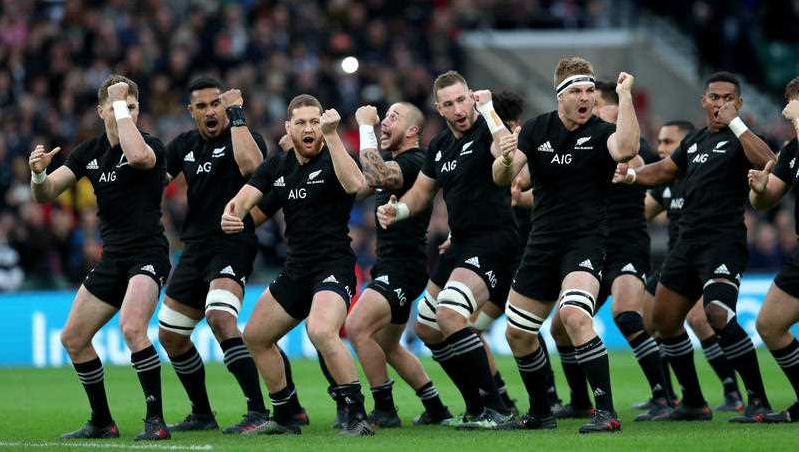 We all should wish our kids were All Blacks!

I never thought I’d write these words but I reckon all Australian parents, bosses, managers, teachers and coaches should be trying to turn the people they lead into virtual All Blacks!

As a one-eyed Wallaby supporter, I’ve always respected the All Blacks, but I never imagined that I’d be wishing a Kiwi influence upon us all. I must admit that I’ve praised the former NZ Prime Minister, John Key, when he showed some real guts as a leader in trying to get the Labour Opposition to support his desire to send military support in the fight against ISIS. (See the great effort on you tube here)

This crazy proposition of being All Blacked comes via the book Legacy by James Kerr. The book outlines 15 points based on the All Blacks principles for their players and team culture.

1. Sweep the Sheds: Never be too big to do the small things that need to be done.

Rugby is a team sport and everyone needs to contribute on and off the field. Richie McCaw might be considered a legend of the game but he and other well-known names are just ‘one of the boys who clean the sheds’ [changing rooms] after every game.

2. Go for the gap: When you’re on top of your game, change your game.

Or to put it another way, if you stand still, everyone will pass you by. The All Blacks are always looking at ways to test themselves, even Dan Carter admitted he still had a point to prove when he said he took the last conversion of his international career with his right foot because he had never scored with his weaker foot.

Mastering how to play rugby is just part of the equation for success, but good skills can be ineffective if you don’t know what you’re trying to achieve. It’s clear that the All Blacks are all on the same page and this helps to form a team from a group of individuals.

In rugby, the captain is just one leader on the field but successful teams like the All Blacks have leaders throughout their ranks.

5. Create a learning environment: Leaders are Teachers. Coaches want hungry players. Players who want to learn and develop their game, who constantly strive to improve. However it doesn’t mean it’s solely the coach’s responsibility to teach. The All Blacks actively encourage players to share and mentor each other while maintaining a competitive environment.

Excuse the language but it conveys the point. You want to enhance your team by adding talented players but that doesn’t mean that any talented player will do. The All Blacks are very much a team first and look to find individuals who have the right character.

Lesson: You can develop talent, you can not change character.

By the way, the Swans under Paul Roos introduced a “no dickheads” policy and many AFL experts say this partly explains the good culture and success of the Swans.

When targeting back-to-back Rugby World Cup titles, the All Blacks certainly didn’t limit their horizons when it came to deciding what they set out to achieve. Setting personal goals and team targets is part of what drives improvement.

8. Train to win: Practice under pressure.

Commentators say the difference between the All Blacks and other teams is their ability to perform under pressure. Training lays the foundations of success but there is always a balance to be struck in training between skill development and pressurized game scenarios.

Lesson: Do the extra work to make the difference.

In games where opponents have run them close, the All Blacks have been able to make the decisions under pressure that have won them the match. Decision-making is a tough skill to learn and only develops over time but staying calm when the heat is on is a big step in the right direction.

Lesson: Know your options and back yourself.

The All Blacks know that the real competition is with yourself when it comes to developing as a player. Be honest about your progress, performance and effort levels if you want to become a better player.

Lesson: Ask yourself, could I do more?

11. Invent your own language: Sing your world into existence.

Rugby is known for its sense of community both on and off the field. To succeed as a team, you must work together and from these shared experiences will come a vocabulary and set of beliefs.

12. Sacrifice: Find something you would die for and give your life to it.

After every game, Richie McCaw writes ‘start again’ in his training journal. As a group, the All Blacks do not tolerate poor performances. As individuals, they strive to maintain the highest standards in all aspects of the sport.

And note that these consistent winners at a very high level keep a training journal, which means they regularly evaluate themselves. This seldom happens with many people in the world and explains why the average person does not get All Blacks-like results.

13. Ritualise to Actualise: Create a culture.

Teams could copy the All Blacks approach to the game wholesale but that isn’t what makes the New Zealand team winners. Their team culture is based on their heritage as a nation and rugby team, which is unique to them. It represents who they are, which is why it works for them.

Lesson: Build a culture based on your collective values.

The All Blacks often speak of their responsibility to protect and enhance the reputation of the team for as long as they are chosen to wear the shirt and to leave it in a better place for the player who follows them. It is not about personal glory, it is about the team.

Lesson: Play for the name on the front of the shirt, not the back.

(In case you don’t follow footie, player names are on the back.)

15. Write your legacy: This is your time.

The All Blacks gift of a book featuring shirts from legendary teams, which is given to each new player, includes blank pages for them to fill. It sends a powerful message that regardless of what has gone before, there is still history to be made.

This is the first time ever that I have relied on the work of someone else with a few little insertions by me but these revelations from James Kerr, simply could not be easily improved. His book is clearly a must read for anyone who really wants to be a leader.

Over the years I’ve interviewed former Wallaby coaches Robbie Deans and Ewen McKenzie. I asked Robbie, whose win record, was not great, if he experienced problems working with a team mainly made up of Gen Y players. Business leaders had often expressed difficulties leading this unusual group of employees but Robbie seemed oblivious to the issue!

On the other hand, Ewen McKenzie said he thought his Super Rugby title with the Queensland Reds was linked to his embracing Gen Y habits of constant texting, use of social media and effectively playing their game to better influence them.

He said he used a lot of video to make important points “because they like seeing themselves in videos!” After all, I guess it was their generation who gave us the era of the selfie, where smart phone owners want to include themselves in the photos they see as important.

Somehow, I think all generations from young to old could become better people by embracing the 15 points that explain why the All Blacks are generally unbeatable.

It looks like ability and success comes out of having a well-grounded culture, where even the greatest players in the world sweep out the shed, they play for the team and not themselves and they plant the trees for others that they might never see.

Hell, I wish I’d been schooled under these All Black rules for success and for keeping your life purposeful.

Am I really going to write this? Yep, go the All Blacks! And I pray our Wallabies’ coaches have read James Kerr’s book called “Legacy” before they went on their current tour of the UK.