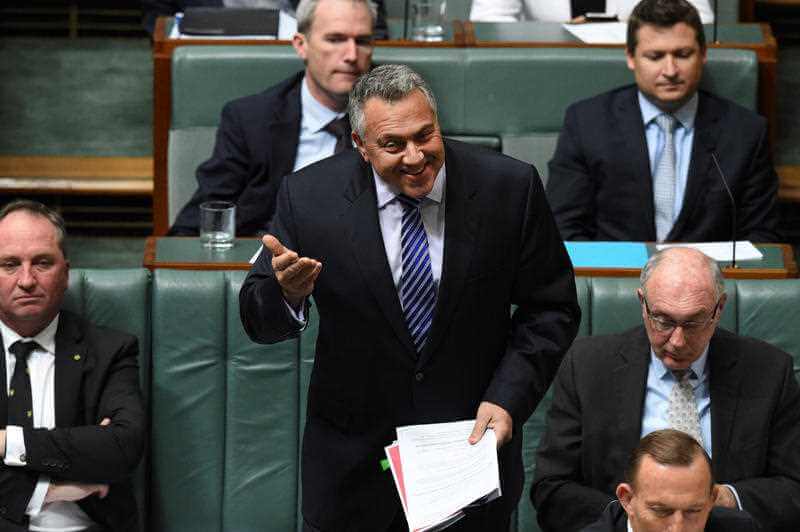 Way to go Joe! Hope no one screws this up!

Way to go, Joe! That’s right, the much-maligned Joe Hockey has reignited sensible politics by getting on the front foot. I’ve seen three Joe headlines in the past week that all say ‘this guy is working for us’ not against us.

Mid-week, The Australian had him talking tax cuts. Then, over the weekend, the AFR had him fighting the Reserve Bank over whether he can give us tax cuts. And then the Weekend Australian ran with a positive pearler, which was “Growth path assured: Hockey.”

And then two of the newspapers’ top journalists — David Uren and David Crowe — were linked to a story pointer that read: “Joe Hockey has good reason to be pleased with the performance of the economy since his second budget was delivered three months ago.”

I like this kind of stuff and I’ve been begging for it for a couple of years. I only hope politicians and their silly hobby horses don’t get in the way of the main job of creating jobs for Australians.

I know the bleeding heart/caring person might think I’m a typical business type who sees everything in money and economic terms but I remember reading a book called Hunger written by Knut Hamsun many years ago. Hamsun thought that hunger would take his mind to a new less-distracted level, so feelings would dominate but he told us that all he thought about was food!

I want a stronger, better Oz economy that offers more of our 14% youth unemployed more chances of a job. The official unemployment rate might be 6.3% but we know many people are in part-time work and would prefer full-time positions. Others are serving in cafes when they’d rather be doing what they were trained for.

All this comes as jobs and our economy are threatened by post-GFC fears, the internet that brings employees from India, China and Bangladesh, Uber and AirBnB that are turning consumers into alternative employees and little businesses.

There’s a war going on. It’s economic, it’s currency and it’s about competitiveness, jobs, profits and relevance and our leaders need to get serious about what we’re going to do keep growing, creating employment and winning internationally going forward.

We’re fighting about entitlement, helicopters and who can marry who, when the really big battles are being put on the backburner.

I saw a politician I like (though we don’t always agree), Penny Wong. publicly upset about the same-sex debate. Given her personal circumstances I felt for her but I’d like to see more politicians shed a tear or two for the farmers in this country who’ve been in drought for years, the graziers who lost contracts in Indonesia after we bounced the country’s leaders over some drug dealers, the middle-aged Aussie who’s tried to get work for three years, the retiree whose super won’t give him or her a decent retirement and those poor, misguided young people addicted to ice!

I love ‘dob in a dealer’. I want all our governments to get serious about the Mr Bigs of the drug world, just as John Howard did when he crusaded against guns in this country.

Hockey’s effort is a start and Mr Abbott’s ‘dob in a dealer’ is another positive move. However, I want more from our leaders — not sound bites, smart PR stunts and all the other ‘crap’ that passes as politics in this country.

And maybe if our politicians grew up, so might a lot of my media mates!