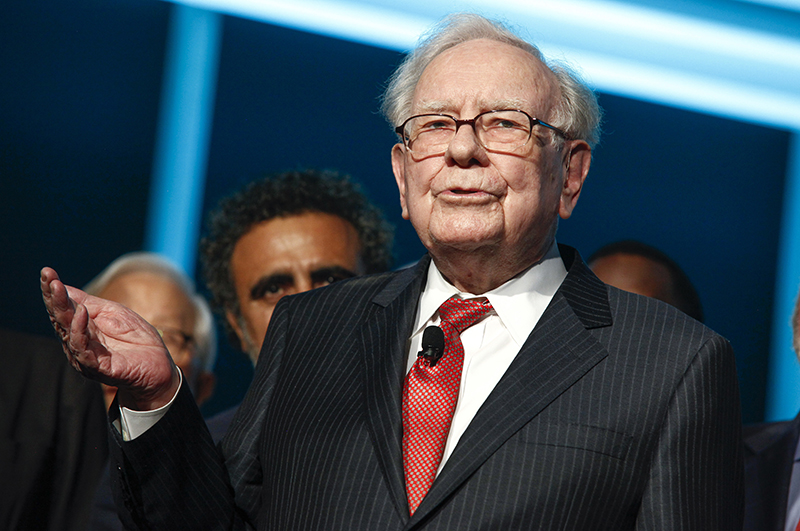 This week the media continued to help hurt the stock and property markets by doing their job. They report news and the latest tells us that the “IMF warns on housing slide.” And then there was “Moody’s Analytics predicts a sharp fall in house prices.”

Not to let us get a piece of positivity, the AFR tells us today that: “Australia’s growth rate slowing at twice the speed of peers: IMF.”

All this one-sided negative news in the media (because that’s what the media offers) generally makes my life harder than it needs to be. Being someone like me means I often get asked questions that aren’t easy to answer. They go like: “Should I get into the stock market now?” or “Is it time to buy property?”

These are really hard questions because you don’t want to lead anyone astray. When Professor Steve Keen went so public talking about big house prices after the GFC, those who thought he was right might have sold or not bought property ahead of the huge boom in house prices in Sydney and Melbourne.

On the other hand, people in Perth might have saved themselves some asset price slumps. The prediction game can have consequences and that’s why I point to the long-term value of buying quality stocks and property. In an ideal world it’s good to buy these quality assets when the price is falling, so you are a contrarian buyer when everyone wants to sell.

Of course, if you want to make money in the short-term in stocks or property, you’re playing a risky game. Those who unwisely bought in Sydney in 2017 at the top of the market and wanted to flip their real estate quickly are now in a loss-making pickle.

People who bought CBA at $90 before the Murray Financial Inquiry, the Royal Commission and APRA’s crackdown on investor and Chinese lending, are in loss-making territory. However, Sydney buyers in 2014, 2015 and 2016 and CBA buyers in 2009 after the GFC are literally laughing their way to the bank.

No one knows when the next stock market crash and global, as well as the local, recession will show up but they are getting into the overdue territory if you look at averages.

The New York Times journalist, Neil Irwin, made the point that the USA in its 10th year of growth without a recession is into a history-making situation. And I have to tell you that average US bull stock markets last nine years and go up 480%.

Wall Street is up for 10 years but the market growth is less 250%, so this could wind up being a longer-than-average bull market or it could be a less-than-average rising bull market. Time will tell but I should throw in that the 1950s bull market in the US lasted 15 years and went up a whopping 935%!

I should also add that big interest rate rises have been the usual cause of recessions and stock market crashes as well as house price wipeouts.

There is no one playbook that gives you reliable guidelines to playing property and stock markets in the short term and winning. But they do exist for the long-term player. And the world’s greatest investor gives you the clues. Let me give you the best of Warren Buffett in a nutshell of wise quotes:

2. You don’t need to be a rocket scientist. Investing is not a game where the guy with the 160 IQ beats the guy with 130 IQ.

4. Risk comes from not knowing what you're doing.

7. Our favourite holding period is forever.

9. Only buy something that you’d be perfectly happy to hold if the market shut down for 10 years.

I always remember in the depths of the GFC in 2008, Warren Buffett lent $5 billion to Goldman Sachs as an emergency loan. He made $3.7 billion on that play but he did so much to help build confidence in the idea that the US economy and great institutions like Goldman would survive and one day thrive.

It was gutsy but I recall Buffett’s thinking at the time, which he has referred to on other occasions and it’s captured in the following: “We always live in an uncertain world. What is certain is that the United States will go forward over time.”

He invests in America, Americans, what they buy to live and what their dreams are made of.

I’ve learnt from the likes of Buffett so I invest in what I believe in — Australia — and I try to do it when others are fearful.

I try to focus on the long-term and be wary of the short-term. Right now, the IMF and Moody’s are making the headlines but their predictive credentials aren’t great and sometimes they are used out of context.

In April 2018 Business Insider told us:

• The IMF forecasts GDP in Australia at 3.1% next year, well above recent estimates.

• Global growth is on track to reach 3.9% this year and next.

It now says the globe will grow at 3.3% and we will grow at 2.1% and it reminds me just how good these guys and gals at the IMF are at guessing growth!

And on Moody’s Analytics and our fall in house prices, at least the ABC slipped in a bit of positivity into its headlines. It went like this: “House prices set to fall another 10% before 2020 rebound, Moody's Analytics says.”

The headline is not really accurate, as Moody’s says the national house price fall will be 7.7%, while units will fall 4.3%. Melbourne will fall 11.4% for houses and 5% for apartments. Meanwhile, Sydney prices are to bottom out in the September quarter of this year, before staging a moderate recovery in 2020.

These are all guesses. They could be right or wrong to the high side or the low side but I do like the fact that they are not calling for 40% drops like some extremists expect.

These guys could be right if there’s a global recession and stock market collapse happens but let’s hope that the smarties of the business, economics and government world are smarter than the doomsday merchants.

Who would Warren Buffett believe?