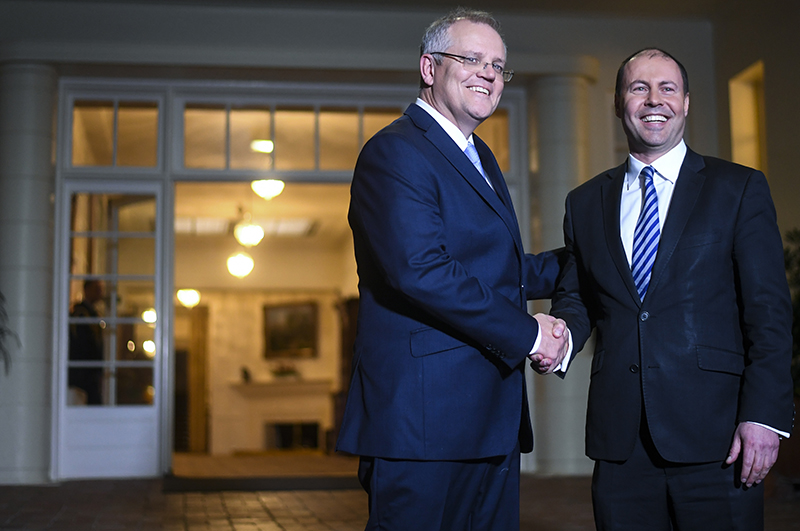 Wanted: Hero to get banks to lend

The Hayne Royal Commission has vindicated Labor’s Bill Shorten’s demands for an investigation into our financial services businesses but we have to be really careful that we don’t throw the baby (called the economy) out with the murky ‘dishwater’ that’s pouring out of the inquiry.

And while the crackdown on silly loans to unwise borrowers needs to be seen as the overdue triumph of  wise consumer consideration from lenders’ over greedy profit desires, there are increasing concerns that banks, in particular, are overreacting in enforcing forensic fossicking into a borrower’s financial life before delivering the “yes” or handing out the “no” to a loan.

After last week’s reputation rocking rebuking from the Commission’s counsels of bank CEOs, it’s not likely any bank leader is going to heroically go public and say: “I know we’ve done wrong but we can’t cook the economy to simply show that we can be good little bankers.”

Of course, if they had a “no guts, no glory” attitude, they would (and I think we need them to) but timing is everything and it would take a great communicator and very financially comfortable CEO to explain a defiant tone to the Royal Commission right now.

So it has to get down to the Federal Government and it has to be Scott Morrison or Josh Frydenberg, who have to call for sanity in a crazy Commission world, which really has become the best blood sport in town.

This gutsy action is even more imperative with the landslide win of the Andrews’ government over the weekend, which looks like a prelude to what will happen in May next year, when the Shorten/Morrison showdown happens.

So what should a hero, defending the rights of borrowers, tell bankers and the wider community to justify their potentially shocking advice?

First, it has to be revealed that quality borrowers are having to wait much longer than normal for approvals, as the level of investigation into a loan applicant’s ability to service the debt has become excessive and unbelievably time-consuming.

This comes at a time when house prices are falling and auction clearance rates say that buyers are thin on the ground. This has been caused by APRA’s instruction to lenders to play hardball with investors and Chinese borrowers. Add this to a market that’s seeing falling prices on top of the banker fear of what the Royal Commission has made them do before giving the nod to a loan, and it’s time for someone to demand that sensible rather than excessive loan assessments are re-established.

Second, because of the above, the growth of non-bank lending is increasing and largely because these lenders access more expensive money, borrowers would be paying higher interest rates when they access money. That shouldn’t be a consequence of the Royal Commission — competition shouldn’t be crimped in trying to get bankers to behave. To this point, loans and advances by non-bank financial intermediaries rose by 11.4% over the year to September, up from 10.3% in August and the strongest annual growth in 11 years!

Third, the number of loans (commitments) by home owners (owner-occupiers) fell by 1% in September to be down 9.7% on the year. Excluding refinancing, new loans by owner occupiers eased by just 0.5% in September to three-year lows. No Treasurer or PM can ignore the loss of the multiplier effect because loans and the related economic positives that come from these loans is diminishing, as everyone waits for the end of the Commission.

Fourth, the wait itself could keep the lending sector and the economy in a negative holding pattern that could extend to late May, when the next election is likely. We won’t know the Commission’s recommendations until around February. Then the Government, and then Labor, have to respond and these will be a key battleground for the pollies to fight on. Bill will side on poor old consumers ripped off by unscrupulous finance businesses. But will the Government have the guts to say ‘let’s not kill the economy by being excessive in our punishment of banks, insurers, financial planners, mortgage brokers, et al’?

In fact, the Commission has done its job, as good behaviour is happening. My concern, however, is that it’s overkill, with the emphasis on “kill” and the economy is the potential corpse!

Bill wants to give everyone hurt by the financial sector the chance to have their day in the Commission. More importantly, I think these people need compensation and the Treasurer could start advertising the new AFCA — the Australian Financial Complaints Authority — that’s supposed to give cheap, quick remedies to anyone mistreated by finance businesses. The lack of Government marketing worries me, as I’ve been calling for a financial services consumer claims tribunal for over a year (even before the Royal Commission was called) to let a conciliator or umpire assess a financial dispute without lawyers. This sounds so right for the time but I wonder why the Government isn’t pushing the AFCA more publicly?

One final point I have to make isn’t based on theory but reality. Some critics seem to think that this excessive assessment of borrowers is a good thing — I don’t. There should be a crackdown on bad loans to the wrong people but we can’t have bankers become a part of a new ‘nanny state’ of lenders. If they do, borrowers will end up with more expensive, unregulated lenders, which is a wicked irony. And I have to reveal that a lot of Australians have been lying to banks their whole life and have become wealthier by doing it.

Lots of us have exaggerated the value of our assets and not revealed our real expenses when applying for a loan. And over time, we learnt the lesson and were punished, especially when home loan interest rates hit 17%!

But we coped. We found second jobs. We stopped going out and gave up Crown Lager for VB and a holiday in a caravan park became your only holiday option or you stayed home!

People have built wealth on over-extending themselves and in fact, the history of mortgage stress, defaults and home foreclosures is not a specially scary read here in Australia.

Right now, according to the Reserve Bank and the IMF, our economic outlook is strong and we don’t need to jeopardise our future by overkilling the financial sector. Throw in Bill’s desire to stop retirees with self-managed super funds getting tax refunds and then imagine bank share prices falling more after the Commission’s recommendations impose tough rules on banks, then these retirees will see their capital, often too tied up in bank shares, substantially cut!

A gutsy political leader needs to stand up and give us a remediation process (AFCA with real balls), so the financial bad boys cop it and crushed consumers get compensation. And the win might be a stronger economy and possibly a politician who has had the rocks to do what a real leader has to do.

For a leader to stand by and do nothing while lending is being restricted excessively would show that he/she has failed to learn anything about the economy and politics.

As JFK once pointed out: “Leadership and learning are indispensable to each other.”

Scott (or Josh) has to step up with this and it would be great if Bill went along for the ride, for the sake of the economy, job creation and ensuring that a house price fall doesn’t become a house price collapse. These sorts of catastrophes coincide with recessions and every politician worth his or her salt has to fight anything that could add to or could create a recession!

One last thing: the Switzer Income Conference is this week, and we’d like to offer you a complimentary ticket (or two!) to hear from some of the smartest finance minds in the country on how to maximise your investment income without taking too much risk.