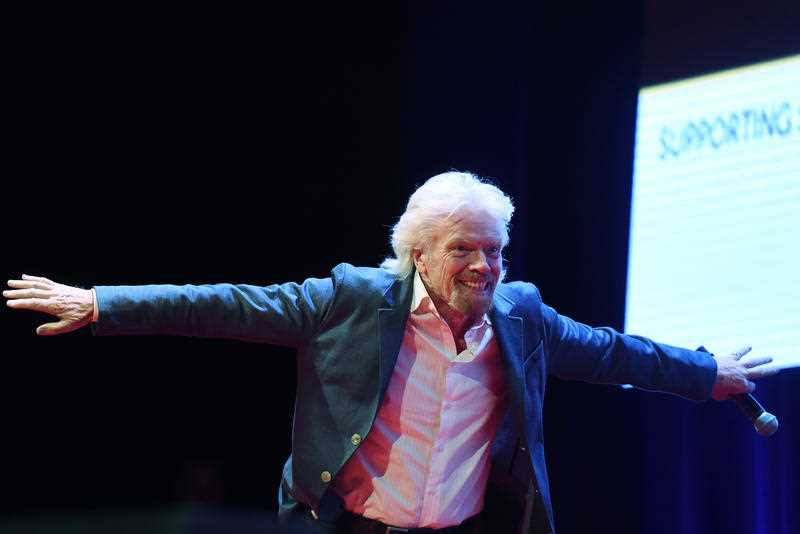 Want to be a billionaire? Well, read this!

In case you were wondering, there are 2,473 billionaires in the world and, according to the Wealth-X Billionaire Census, they’re holding 1.7 trillion in cash, which is about 22% and the highest level since 2010. They are spooked by the all-time high levels of the stock market, external concerns and even Donald Trump.

That said, it’s thought that many are waiting for a pullback of stock markets to create a buying opportunity.

All this is interesting but what intrigued me was this from the Wealth-X Census: “More than half of the world's billionaires are what Wealth-X calls ‘entirely self-made,’ meaning they made their fortunes themselves. Billionaires who inherited their entire fortune account for just 13 percent of the total,” CNBC reported.

So how does someone become a billionaire? I talked to one recently for about an hour after his company, Harvey Norman, reported a record profit of over $526 million before write-downs.

I asked him what’s the exciting stuff ahead for him and for those invested in his company? His answer typifies what self-made successful men or women are like, as he explained that half-a-billion profit for a $5.38 share price wasn’t enough. He said he was now after “a billion profit and a $10 share price!”

Deep down, these billionaires want something, like US swimming legend Michael Phelps, they virtually will it to happen. Sure, it mightn’t work out but their goal drives them and it explains why they keep on accumulating success, which then brings in the money.

The billionaires’ goals and their drive are really important, but they also hang out with people who improve their competitive edge and have winning habits. The great Stephen Covey wrote the book The Seven Habits of Highly Effective People and he learnt these habits by analysing the kind of human beings who end up being billionaires.

Clearly, they are persistent and often very single-minded, but they can change. Even more importantly, they can progress — Harvey Norman shows it. After the GFC, the company’s share price was $2. After the latest profit result, it went to $5.50.

The $2 market rating was because Gerry’s investment in Ireland looked like a dud and a mistake. Well, Irish eyes are smiling at Gerry and so are Singaporean and Malaysian, and this is where he thinks his next half-a-billion worth of profit will come from.

Clearly, not all the successful business people I’ve interviewed over a quarter century have become billionaires — Mark Bouris was only half-a-billionaire — but he’s still working on it with Yellow Brick Road. But even note the optimistic nature of that venture’s name. Before that, he used the name Wizard.

Optimism and self-belief are hallmark characteristics of these business-building billionaire wannabes. And they work really hard on making it happen.

I asked Gerry when he’d retire. I knew what his answer would be before he answered: “Never!”

Why do people like him say that? It’s simple. They love what they’re doing. That’s not only an ingredient for putting you on the road to ‘billionairesville’, it’s also the road to happiness.

The US motivation coach, Tony Robbins, always advises that you need to change any story that personally holds you back and pursue those things in life that you’re passionate about. Billionaires can have unhappiness in their lives because money doesn’t always make you happy, but their work isn’t the thing that makes them unhappy.

A few years back, Seth Godin, author of that great marketing book Purple Cow, did a TED-talk and looked at what’s needed to be a success in this digitally driven world of business. He explained the old way of using TV to interrupt consumers’ lives to encourage them to buy your stuff is not the guaranteed path to business success nowadays.

He says the consumer is no longer contactable as easily the old way as they live in a me-oriented world. They absorb media their own way, personally designed by them.

He says they want everything that’s “good for me”. They don’t even want e-mail, they want me-mail, so the way to market nowadays is by being “remarkable” and then hope those who notice you talk about you to their friends.

When Uber and Airbnb kicked off, you didn’t see ads but you heard people talking about it. They appeared in Facebook and tweets. Instagram helped and old media assisted because journalists wrote stories about the new kids on the block.

Ironically, journalists wrote stories about Seek.com.au, Carsales.com.au and realestate.com.au, as these businesses ate away at Fairfax’s “rivers of gold”, with their classifieds and many of these journalists lost their jobs!

So that’s the big ticket to get on the super highway to a self-made fortune — be remarkable! Tom Peters, the business-thinker’s guru says you have to employ enthusiastic people. Others have advised that you have to hire for attitude not altitude, because people with higher qualifications might have a crappy attitude.

Billionaires are big on leadership and they master self-leadership first. They take ‘the road less travelled’ and that makes the difference.

Edward DeBono told me 15 years ago that the successful person thinks ‘outside the square’. They’re lateral thinkers — and that’s the starting point to finding your remarkableness.