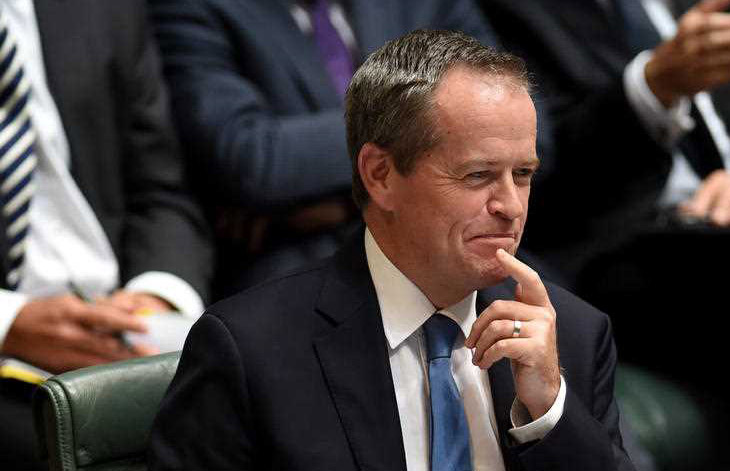 Vote Labor. Build up your super. Then kick them out!

Coalition supporters will be hoping that the PM, Malcolm Turnbull, has an ace up his sleeve, which he will produce between now and July 2. At the moment, he looks like he’s wearing a short-sleeve shirt!

And the latest Newspoll shows he needs to play a winning card, as soon as possible.

Economic policies have been Malcolm’s problem. The GST-talk started to undermine his political popularity. Then U-turning on it meant he disappointed conservatives, who want a broader and/or higher GST to permit income and company tax cuts.

Then he threw out the idea of States being able to do their own income taxes. The Premiers were politically too smart for that. Who wants to be a taxer and try to win elections at the same time?

He’s losing the ABC-style bleeding hearts with his new and more conservative environment policies. And he sounds like Tony Abbott on border protection and boat people. All those leather jacket forays into the ABC to build up his followers there seem to be resulting in a shift back to their more natural ally in Bill Shorten.

It doesn’t matter how much money Bill throws at us to get the keys to the Lodge, voters seem to see him as more real than Malcolm and they’d be at a loss to explain what the PM is really doing for them.

I received an email from a retired guy who gave a loan to a family member from his super. It was going to be put back into super when it was repaid, but as he has already used up his $500,000 cap, he won’t be able to re-contribute it. He’s got very little in super and has been screwed by that questionable policy.

I was in Queensland on Friday for a speech to real estate agents — the REIQ. They’re worried about Labor’s changes to negative gearing, which could cause price falls for existing homes. However, they also know that the Sunshine State is the retirement capital of the country and the Coalition super changes have a lot of them worried.

Queensland is also small business central and many of these business builders would’ve been planning to sell their businesses and roll a lot of money into super for their retirement. The $500,000 cap stops them from playing catch up with those lucky employees who’ve had their bosses putting in compulsory super since 1992.

All those people, who planned to sell their expensive city house to trade back to an apartment or a country residence, now can’t put as much as they wanted into super because of the $500,000 cap. Under the old rules, a single person could put in $180,000 a year (or $540,000 to cover three years). After three years, they could put another $540,000 into their fund.

The Budget changes have hurt a lot of Coalition voters and I’d recommend that the PM tells the Treasurer, Scott Morrison, to make the $500,000 cap start from Budget night this year, which might win back some lost supporters.

Given what the Government has done on super, it would be in the interest of anyone hoping to build up their super to vote for Bill Shorten. He will tax super much harder when you withdraw it, but you can get a lot more money into super. Labor has put no cap changes forward. Then once you’ve got enough money in super, go back and support the Coalition!

They’ll fight the next election on changing Labor’s negative gearing laws, which could easily prove a nightmare with Labor in power!

I’d prefer not to be writing and concluding this but I represent Australians trying to build up their super and the PM has pulled the wrong rein on this one. I’m not surprised Newspoll is predicting a very unhappy July 2 for Malcolm, but a lot of it is his own doing. Why do you hurt your constituency? That’s one thing Labor gets right — they support their battlers and it’s in its interest to widen the battler definition, with everything it promises.

A friend of mine is a Coalition tragic whose wife asked if the super changes would hurt them. He said: “Yes, big time, so we’ll have to find another way to build wealth and keep our tax bill down.”

That said, he then paused and suggested: “Why not vote Labor, build up our super in three years, then kick them out?”

It’s a question a lot of Coalition voters might be considering.

But wait, there’s one more issue. Who taxes super pensions the most?

My business partner in Switzer Financial Services, Paul Rickard, looked at the different taxes on $2 million in super under the Coalition and Labor.

I guess you could be thinking if the tax bill on $120,000 of earnings is only $6,750 under Labor, then I could risk them for three years to build up my super.

Looking at these numbers, if you have $2 million in super, the Coalition still looks attractive. But how many people have that amount of money in super? The problem is for those who haven’t got that much in super. (Fyi, about 24,000 Australians have that much or more in super, according to numbers put out by the Association of Super Funds Australia). That’s why Scott and Malcolm need to do something about their super changes before July 2.