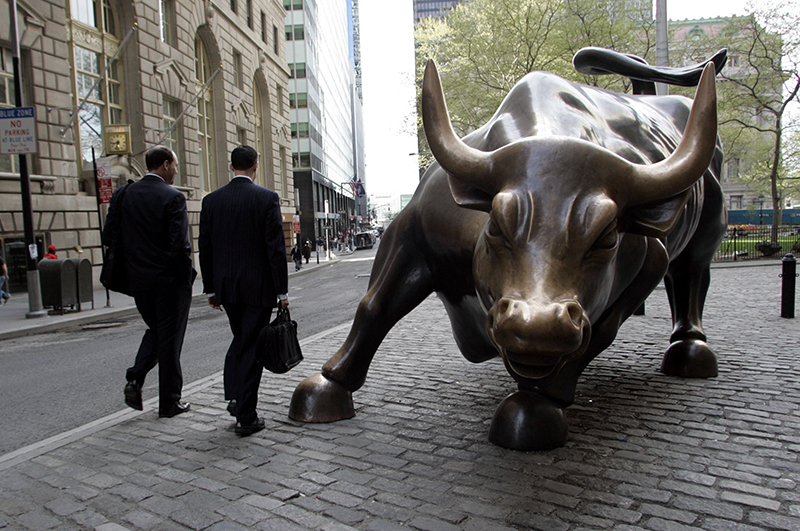 US stocks surges but our bank bashing has to stop!

It’s no coincidence that the AFR is running with a story headlined: “How markets could trigger next recession.” Unfortunately for the great newspaper, Wall Street has hosed down the simmering fear of a stock market bonfire by spurting higher overnight!

What could turn around so quickly the sentiment from the anxiety-laden days of last week? Well, try two fairly important drivers of stock prices: earnings and the economy.

It was a classic example of ‘sell the rumour’ and ‘buy the fact’.

Last week, rising interest rates and the Trump trade tensions all compounded the fact that the US stock market had surged to very high levels. 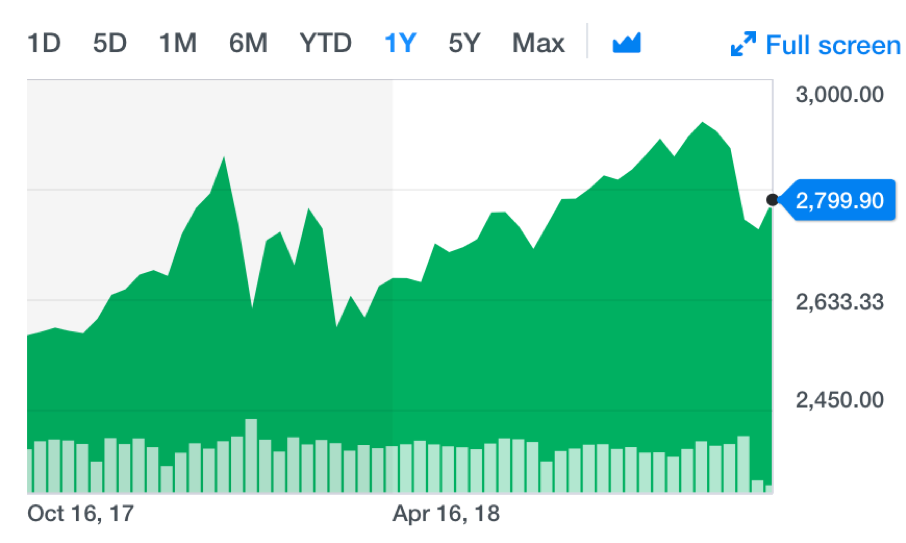 This chart of the S&P 500 index, which has America’s top 500 listed companies, shows how stocks surged. And there had been an outbreak in share prices, which looks like a cone that the sell off has offset or neutralised.

If the current reporting season brings worse-than-expected results and the US economy ends up growing slower than tipped, then last week’s sell off could have turned ugly, well before I expected or alluded to last week, when I argued that the stock price falls would turn into a buying opportunity.

It was a gamble but it was based on pretty good form. Normal people wouldn’t know that smarties who can read balance sheets and are comfortable with calculators predicted US companies’ profits would spike by 19%. And this was off a high base of really high profits from previous quarters.

You might not be a Trump fan but his tax policies on top of the pro-growth policies of the Obama Administration and those of the former Fed bosses (Ben Bernanke and Janet Yellen) have left the US economy surging, with company profits being the big beneficiary.

Of course, one day the party will be over and there will be some huge hangovers from Wall Street’s excesses. For now, however, it might be past midnight but the music isn’t too loud, the neighbours aren’t complaining and the cops are nowhere to be seen! And our stock market should join the revelry today, unless professionals step in and sell before the closing bell to take profits again, like they did last week. But somehow I doubt it.

So what just happened on US stock markets?

First, big name US companies reported better than expected, with financial giant Morgan Stanley (which incidentally is run by an Aussie, James Gorman) up over 5% at one stage, after a 15% jump in revenue!

Goldman Sachs also impressed the market, rising by 2.6%, while the likes of Johnson & Johnson and UnitedHealth also beat market expectations.

Second, the heavily sold-off tech sector found some new friends with Netflix (which reports after the close today) up over 3%. That will be a huge watch for stock market junkies!

Meanwhile, on the economic front, it’s raining jobs in the USA, with job openings numbering greater than, wait for it, 7 million. And this is a record high number!

And I loved this reaction reported on CNBC. “That's very encouraging,” said Kim Caughey Forrest of Fort Pitt Capital. “That's the utmost in confidence, when you put up the 'Help Wanted' sign. It means your business is demanding growth.”

One of the best takes on any economy comes from their banks, considering how important they are as lenders to consumers and business. And following the big financial institutions’ most recent reports, the US economic news is good.

“The nation's four biggest lenders and its two major investment banks posted mostly better-than-expected results, citing an increase in revenue from advising companies on deals, lending to consumers and businesses and managing investor money. Bank executives point to a good environment, in which consumers are spending and companies are investing,” wrote Liz Moyer at CNBC.

And that sums it up. It tells you that rising interest rates are not biting yet so a lot of the fear last week was a sneak preview of what will eventually happen: interest rates will go too high and will weaken the economy, which then will show up in the stock market.

But the party is still raging and no one is really stopping the music and the US story shows why our party is a lower grade affair.

We are behind in the economic cycle and it shows in our stock prices and our wage rises, though we are doing well with job creation.

But what’s the big difference, apart from our national leaders not looking like President Trump in any way?

Well, try that we’ve taken our banks to Salem for a good old witch burning and their bad behaviour has resulted in such a whipping and tough regulation that lots of Aussies are finding it hard to get loans!

In early October, the RBA boss, Phil Lowe, was happy with the overall economy “but he said one continuing source of uncertainty is the outlook for household consumption,” the SMH’s Eryk Bagshaw reported.

“Growth in household income remains low and debt levels are high,” Dr Lowe said. “Credit conditions are tighter than they have been for some time.”

Regulators have hit Asian borrowers, property investors and those wanting interest only loans and now house prices are falling. And one suspects even Dr Phil thinks the bank bashing has gone too far for the good of the economy.

Anyone who thinks the Royal Commission needs to go on are lovers of Roman forum-like blood sports. They’re underestimating the negative economic effects of crushing our banks’ ability to lend. Sure, set up a tribunal and give compensation to all who have been wronged by badly behaving banks and insurers. But you must let these suckers lend, for the sake of the economy, consumers, small businesses and anyone who’d like a pay rise!