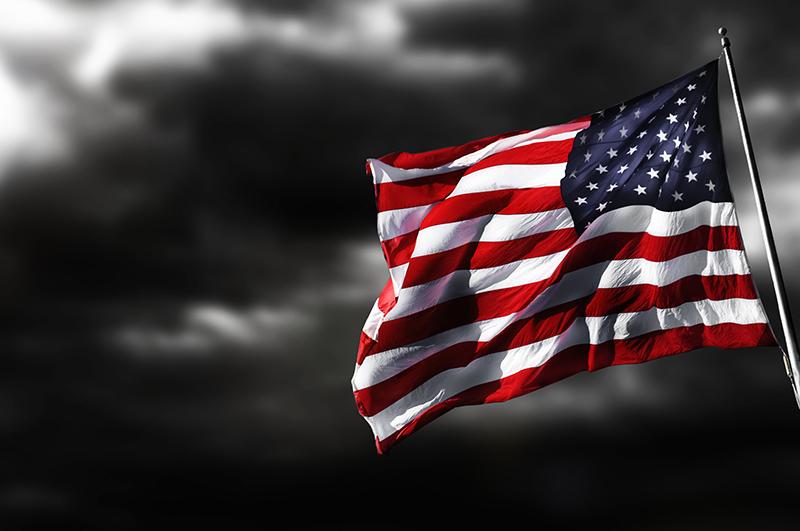 US recession looming but Dr Doom says 'it won't happen'

In the place where optimism is a global export, i.e. the USA, there are big end of town investment banks pondering whether a recession is on the horizon. Ironically, Australia’s own Dr Doom, Professor Steve Keen, can see us slipping into one because of our household debt linked to our property addiction, but he doesn’t think the Yanks are heading down the economic gurgler anytime soon.

(If you want see my latest tussle with Steve, click here to watch the latest episode of Switzer)

Whipping up interest in a recession (and the bull stock market turning into a damn bear market) is Trump hater and potential Democrat presidential candidate, Elizabeth Warren, an economist at the investment bank Morgan Stanley.

Let’s deal with the less biased view first, that of Morgan Stanley, which is headed up by a little hailed Aussie, James Gorman. James who? We are extraordinary punchers above our international weight, aren’t we?

The investment bank’s economics team thinks the expected July 31 interest rate cut by the Fed could come too late as the seeds of a recession have already been sowed by farmer Trump with his trade war.

But let’s get this view into perspective.

“For now, the path to the bear case of a U.S. recession is still narrow, but not unrealistic,” said MS chief economist, Ellen Zentner.

She thinks the trade war could bring about layoffs and consumer spending cuts but let’s quantify her concerns. She reckons the “credible bear case” is, wait for it, 20%.

So let me take the optimist’s stance on this and argue the chances of no-recession economic growth is 80%.

I could easily say nothing here, so move on, but I do think it’s worthwhile underlining a point that Zentner makes.

“If trade tensions escalate further, our economists see the direct impact of tariffs interacting with the indirect effects of tighter financial conditions and other spillovers, potentially leading consumers to retrench,” she wrote. “Corporates may start laying off workers and cutting capex as margins are hit further and uncertainty rises.”

CNBC explained her scary view this way: “The effects would be a ‘large demand shock’ that would take growth from a projected 2.2% in 2019 to a negative 0.1% in 2020 — a shallow recession but nonetheless a substantial retreat for an economy that grew 2.9% in 2018.”

All this makes me argue that we need Donald Trump to get a trade truce ASAP. And secondly, I’m praying that he doesn’t slam the final tariff slug on the final $US320 billion of Chinese goods that currently aren’t tariffed.

CNBC did also point out that MS is not a lone wolf potential pessimist.

“Morgan Stanley isn’t alone in its recession warning. The New York Fed, which gauges a recession chance by measuring the spread between government bond yields, estimates a 33% chance of a downturn coming in the next 12 months, the highest level since the Great Recession that ended in mid-2009,” Jeff Cox pointed out.

Now to Liz Warren, who’d love to take Trump to the cleaners if she gets the Democrat nomination. The Senator says highly indebted US households could easily give up on spending and, as 70% of US economic growth comes from shoppers, that could really send the States into recession.

However, as Jeff Cox points out, US household debt has risen 50% since 2009 but household net worth has doubled since that time.

Also on another measure, the consumer doesn’t look like a near-term threat to US growth, especially if interest rates fall soon.

On manufacturing, Warren points to two quarters in a row where the index that measures the growth of the sector fell. That said, the actual numbers still suggested that industrial production was growing, albeit at a slower rate.

The latest stats actually show a bounceback for manufacturing.

I don’t think a US recession before November next year’s election will help the Democrats.

Meanwhile, the latest stat, the Philadelphia Fed Manufacturing Index, rebounded in June from a reading of 8 to nearly 22 from June to July. That was a 13 point spike compared to the economists’ guess of only a 4-point rise.

Like it or not but most economists think 2020 will not see a US recession and Steve Dr Doom Keen agrees. His views on Donald Trump, in my interview, were surprisingly unaggressive, which surprised me, knowing him as I have for over 35 years!

I would only change my stance if Donald ups the ante on his trade war and drags it out longer than makes sense. If he does, the Chinese might play a waiting game, hoping that he gets beaten at the election and a more conciliatory US president will cut them a better deal.

They might actually will a US recession on him to see him get clobbered at the November 2021 poll. And that would not be good news for a global-trading economy like Australia!