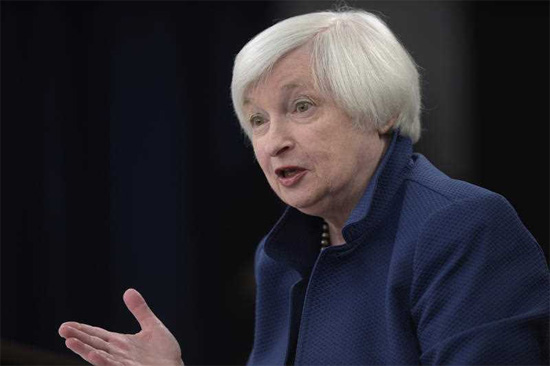 US interest rates rose and the stock market loved it! Why?

A year ago, if someone in US Federal Reserve officialdom hinted that an interest rate rise was imminent, you wouldn’t have been surprised if Wall Street dumped stocks. Well, overnight, the Fed actually raised interest rates and the Dow pretty well instantly shot up over 100 points!

That was then. This is now. What has changed?

Three things explain this investing world that accepts rate rises. First, the US economy looks to be on a stronger footing and this Fed rate rise of a quarter of a percent, which takes the overnight Fed rate to 0.75-1%, is seen by the market as confirmation of that view.

Second, higher interest rates throw off the pall of the GFC, which meant economies like the USA were so troubled that they went within a quarter of a percent of negative interest rates! Europe and Japan have actually needed to endure the economic embarrassment of exactly that.

Third, Donald Trump has come to the US presidency with a program that has turbo-charged expectations of what might economically happen.

And while these are all valid reasons why rate rises are now more palatable than a year ago, there was another help to optimism following the Fed decision.

In case you aren’t avid Fed watchers, the voting members actually give the market a sneak preview of what might happen with their rates decisions for the rest of the year, via something called a dot plot. These dot plots didn’t change from the last meeting’s statement and combined with the actual statement from the Fed boss, Janet Yellen, it was concluded that two more rate rises were likely for 2017.

Yep, things have progressed towards economic normalcy and the market likes the idea of two more rate rises but that’s because some ‘experts’ had predicted four were in store. And some weirdo even threw a fifth into the mix!

If rates rise too quickly, Wall Street could easily panic and start selling off stocks, as it would mean the Fed fears a big spike in inflation. However, given what was done and said overnight, the expectation is that the US economy improves nicely and inflation only moves higher in a pretty orderly fashion.

Of course, this is only a hope but it’s the prevailing one and it’s one that has bred positivity for stocks in the USA.

Finally, can we believe this nice little scenario painted by the Fed? It’s hard to be categorical but if Donald Trump is unbelievably successful with his policy ideas and doesn’t create a global trade war, then the US could grow more quickly and inflation could be higher. However, this is now, and we like it. And that would be then and it could bring some negatives for stocks, so let’s embrace mindfulness and live in the moment.

I have always liked the philosophy, if something is worth doing, then it’s worth doing for money!