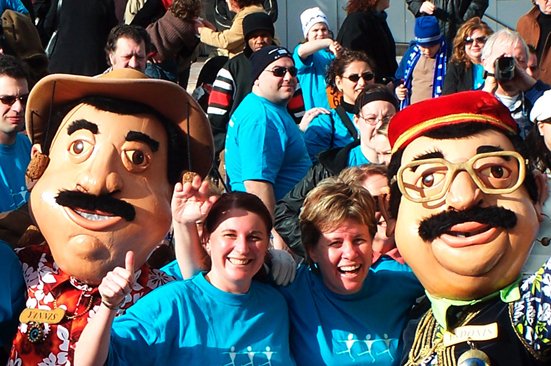 Until I say so, stock market dips are buyable!

Friday brought fear and dread to stock markets and rolled over to more anxiety yesterday on our market. When I tried to work out why, I got conflicting and un-buyable answers from so-called experts and market pros.

My research yesterday (and looking at Wall Street’s rise today) says anyone with a short-term view on the stock market should either be a trader or should have their heads read!

Today, on our market, the smarties will be getting in early and the real smart ones bought yesterday afternoon. And how do I know that?

These smarties could be day traders, who saw two drops for our market and an unconvincing slide on Wall Street on Friday (remember I couldn’t work out why we were down, even using experts!) and gambled on a bounce-back today. They could be sellers by this afternoon. That’s how they make short-term profits.

Many of these guys n’ gals live off a pretty smart mantra “that no one went broke taking profit.”

For normal people with a longer investing time horizon, the best moneymaking strategy is to believe that stocks are heading up. There will be dips, and even a correction or two, but these are opportunities to make money.

The logical question has to be: what was apparently behind the Friday and Monday sell-offs?

Some experts pointed to China, as it has introduced new regulations on short selling and margin loan trading. Then they eased the reserve requirement of their banks, which means more lending should happen. This action made some think it looked like desperation. However, as soonas Europe opened, the German Dax stock market was up 1% on what? The China news!

This is why I’m very careful not to lose sleep over short-term news items.

Other issues worrying the stock market are a soft patch for US economic data (partly caused by cold weather) and the rise in the greenback. That said, US consumer confidence rose on Friday from 93 to 95.9 in April, which beat forecasts for a result tipped to be 94.

There’s also some fear about interest rates going higher, which could hit stocks. However, this seems to be an event for later in the year and not June, which was an earlier expectation.

My bet on what was mostly worrying markets was Greece and a possible ‘Grexit’ from the Eurozone. It spooked Europe on Friday, with the Dax off over 2%. It’s uncertainty that really worries stock markets and Greece going back on the drachma brings with it the fear of contagion.

That’s where Portugal, Italy and Spain decide to play the same “I don’t want to honour my commitments” game that Greece is playing. That’s when we would have trouble worldwide!

I don’t think other countries are thinking like the Greeks, just yet, so this is an exaggerated worst-case scenario but it could really worry markets.

Bond yields in Germany for 10-year money are heading towards zero, so investors are buying simply to preserve their capital!

Countries such as Finland, Austria and France have five-year bonds with a negative yield! Against this, Greek 10-year bonds are yielding 13.2% and two-year yields are at, wait for it, 28.27%!

Why am I relaxed about a contagion effect if the Greeks turn tail and run? Well, Portugal’s 10-year bonds are 1.99%. This is the country most likely to copy Greece but the bond yields tell you that they look more like Spain, where the equivalent bond yield is 1.42%.

The dodgier you are and the less reliable you are the more you pay. That’s Greece’s rating and fate right now. The Greeks have a huge meeting with Eurozone finance ministers on Friday as they run out of money and debt repayments loom.

This meeting could shock markets to the downside, if the Greeks continue to ask for too much. It could create another spike to the high side, if good sense prevails.

On Saturday morning, I’ll be committed to our ANZAC commemorations but I will have one eye on news about the Greeks and their battle with their finances.

A Greek exit plus the fear of contagion and the unknowns of what banks could be badly exposed to screams too many question marks. That’s when stock markets sell first and ask questions later.

Finally, because Greece doesn’t matter much as an economy for the world economy (it peaked around 320 BC!), it shouldn’t rattle stock markets for too long and will provide another buying opportunity. However, for a short time there will be nervous stock market sell offs.

I hope the Greeks surprise us positively this week.

Just in case you were wondering, the Dow was up 208 points last night. IBM had one of its best days in years before it reported and the count of US companies reporting well was pretty positive, with 75% of the 59 companies reporting so far beating profit expectations.

Take away the ‘Grexit’ and we’d be doing the Zorba dance.