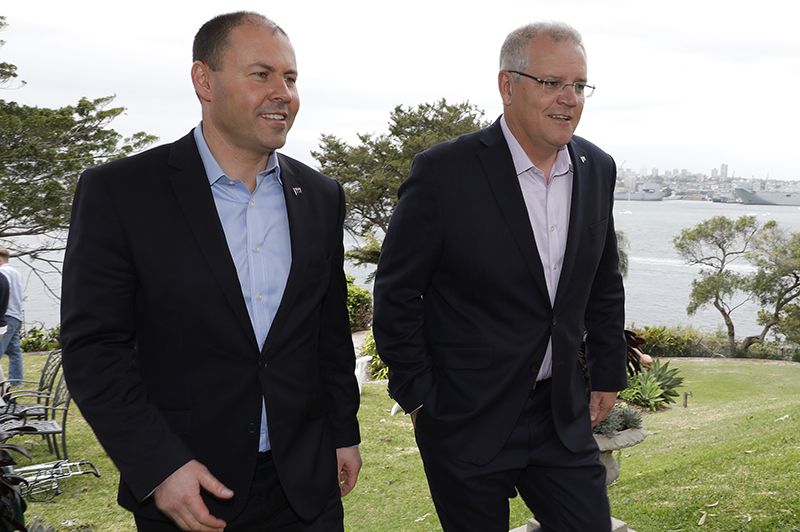 Two tales from our nanny state: one good, one bad

The Morrison Government is riding to the rescue of small businesses looking for loans to expand their businesses. This is good government interference.

In contrast, the failure of governments in the past to rein in bad banking behaviour is leading to a nanny state mentality, which even a court had difficulty accepting, as ASIC went after Westpac for irresponsible lending.

Let’s sum up this good move of the Government to provide $2 billion to the small business sector to reduce the need for the nation’s entrepreneurs to always put up their houses as security for ‘having a go’.

Remember, these business builders are not just trying to create wealth for themselves, they provide jobs, training and they create demand for other businesses.

So it’s right to encourage such activity because there’s a collective pay off from more and better small businesses.

What will be created is a small and medium enterprise (SME) securitised fund, which super funds and other big end of town investors could put their money into. This pool of money would then be despatched to SMEs via smaller banks and fintechs and other non-bank lenders.

The AFR says 80% of loans under $2 million still come from the big four banks and the interest rate is often 4% higher than loans where a house is put up as collateral. The Government’s involvement and backing should help lenders access cheaper money so lower borrowing interest rates should result. But, more importantly, smaller businesses will actually get access to loans more easily.

There has been a fast growth of alternative lenders to SMEs but the interest rates can be really high. That said, I know many business owners who have complained that it’s not so much the interest rate that worries them, it’s actually getting their hands on money. Being small has often meant you were treated as a bad risk but with the success of tech companies such as Afterpay, no government can afford to run an economy that doesn’t try to encourage ‘new age’ businesses.

The consequence of hopeless banking and insurance regulation over many decades resulted in the Hayne Royal Commission. The revelations have shown how hubris from our financial institutions had gone unchecked and the poor supervision can be slated back to the likes of Scott Morrison, Bill Shorten, Peter Costello and Paul Keating and their respective Prime Ministers, who fiddled while their constituents were being burnt by bad behaviour from banks, insurance companies and other financial participants.

The revelations, the adjusted share prices downwards, the remediation processes that will follow and the compensation are all good results from Labor’s insistence that a Royal Commission was needed, even if it was driven by political opportunism. The results have been significant and, ultimately, beneficial.

However, I fear the nanny state reforms could jeopardise borrowers’ access to loans. And while that’s a social anxiety problem for these people, there’s a bigger concern: less loans, via tougher processes to work out if someone can afford a loan, could hurt the economy and job creation.

Yesterday, a judge refused to accept an agreement between ASIC and Westpac, which was accused of breaching lending laws and was to pay a fine of $35 million for their misdeeds. The judge argued that the deal didn’t say how Westpac had breached lending laws so he wasn’t sure that a law had been breached!

This might sound confusing but it’s a simple case of a general test for a borrower’s ability to pay back a loan versus a specific one. The first way is quick and relies on averaging the expenses of someone, based on their income and some other measurables.

However, since the Royal Commission, banks have been forced to pry into the specific costs of a borrower’s life. So if there are two borrowers of $1 million for a house and person A owns her car, has kids at public schools, doesn’t use credit cards much and has a great record of saving, A gets the loan. But if person B on the same income, with three kids in private schools, two cars on a lease and a wallet full of credit cards, then B might be told to forget the loan.

And maybe B should be told to borrow less. I reckon, however, that there’s a lot of Australians out there who extended themselves, felt the pinch of over-borrowing but muddled along. And the pay off was that they ended up in a more valuable house, despite their time with mortgage misery.

Sure, more care with loans is a good idea but the feedback I’m getting from the mortgage industry is that banks are too scared to speed up the process. And they’re saying “No” far too easily. And what’s the result? Borrowers are going to non-bank lenders and paying higher interest rates!

Two weeks ago, this is what CommSec’s Craig James revealed about the latest in loans: “Loans and advances by non-bank financial intermediaries rose by 11.4 per cent over the year to September, up from 10.3 per cent in August and the strongest annual growth in 11 years.”

“This would not be happening if there had not been a Royal Commission. While greater competition in the financial sector is welcomed, Reserve Bank Assistant Governor Michele Bullock recently said that ‘lending in the less regulated sector could increase macro-financial risks,’” James pointed out.

The Treasurer, Josh Frydenberg and the PM have to come up with a gutsy call on these excessively strict bank tests on potential borrowers, or else the economy will suffer and borrowers will be stopped from buying property. And this could exacerbate the fall in house prices.

Of course, the problem is that an election looms by May and Labor wants the Royal Commission to give everyone their chance to point their fingers at the banks and insurance companies. But I reckon the more important job is to give those who’ve been screwed the chance to get compensation.

We can’t have a bank bashing blood sport ruin the economy that the Reserve Bank is set to grow at 3.75% for this year and next. And when an economy grows so fast, more jobs are created, pushing unemployment down.

That’s more important than having pedantic borrowing rules that force borrowers into higher interest rate alternatives or deny these people funds. The Government now has AFCA (the Australian Financial Complaints Authority), which I wish they’d tell people about. This will give aggrieved financial industry customers a low cost way of getting sorted, if they’ve been mistreated.

This is decades overdue and is a good idea. However, I worry a looming election means the Government won’t do anything to make it easier for banks to lend. And if Bill becomes PM, I can’t see him cutting the banks any slack, which could have negative economic effects.

Nanny state actions can sound good but they can have bad, unexpected implications.