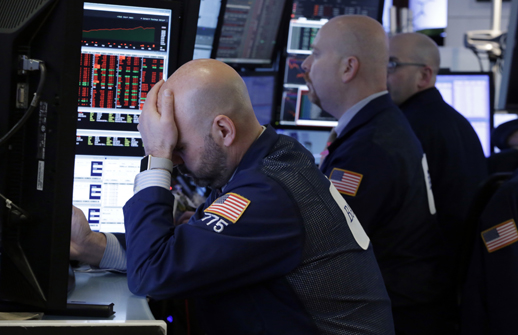 The big story of today is the stock market’s reaction to President Trump’s trade war, with the Dow Jones index down over 700 points. This following news that while EU allies will be spared steel and aluminium tariffs, China will cop a $60 billion slug as as a payback for intellectual property theft!

But wait, there’s more important hip pocket money stories of the day that genuinely fit the tag line — the good, the bad and the ugly!

Donald’s trade war is definitely getting ugly, and China's response will add to that ugliness. That’s why stocks have slumped in the US.

The market didn’t need more tariff tough talk when it was digesting the Facebook fallout furore and the 0.25% rise in official interest rates yesterday, thanks to the Fed.

That said, the conclusion from what the Fed’s communiqué said was to expect three rate rises in 2018 and maybe four in 2019. I think if the conclusion was four rises in each year, stocks could have dropped harder yesterday.

Anyway, we have to expect a rough day at the office for our stocks.

That’s the ugly. What about the good?

This has to be the rise in unemployment from 5.5% to 5.6% primarily because we saw a record amount of Aussies get off their butts and go looking for work. We actually created 17,500 jobs in February and we’ve now gone 17 months straight with job creations, and that’s a record. The jobless number should have fallen but a better-looking economy is encouraging unemployed people to look for a job. This is called a rise in the participation rate.

“Australia’s population expanded by 395,613 people over the year to September 2017 to 24,702,851 people.,” Craig James of Commsec revealed. “Overall, Australia’s annual population growth rate rose marginally from a downwardly revised 1.60% to 1.63% – still near the fastest population growth in 3½ years.”

The bad news story was the idea of taxing all parcels under $1,000 bought from overseas with a $5 parcel tax. This is being sent up the pre-budget flagpole to see what kind of saluting follows.

Fairfax says the Department of Home Affairs was thinking about the levy.

“Parcels containing clothing, makeup and books worth less than $1000 - which now represent 90 per cent of deliveries entering Australia - would attract the new tax,” Eryk Bagshaw reported. “Some 38.7 million parcels worth under $1000 each were imported to Australia last financial year - a 22% increase on the previous 12 months.”

The story is that because we’ve gone mad buying stuff from overseas online, the cost of scanning and checking the parcels for illicit or dangerous items has become expensive. Objective calculations say between $2 to $6 a parcel but whatever the potential levy, the likes of eBay is slamming the proposal.

Apart from the cost to consumers, there is a real fear that other countries will consider retaliation, which could hurt our exporters.

When asked about the possible tax, the Prime Minister Turnbull refused to comment on it, using the old “the Budget is only weeks away” defence, which politicians use around now.

If it wasn’t being considered, he could have easily said: “No!”

This would be a bad tax, especially if the cost of the good was say only $20 and the parcel tax is $5, which would mean it would be a 25% impost!

Ahead of the closing bell in New York, the Dow was down around 700 points and this ugly US story will get uglier today for our stock market.

As someone with a fund on the stock market that responds well to positive market news, Donald and his tariffs make it hard for me to love his ugly plays!

By the way, the Yanks are close to a correction of the stock market since the January high.