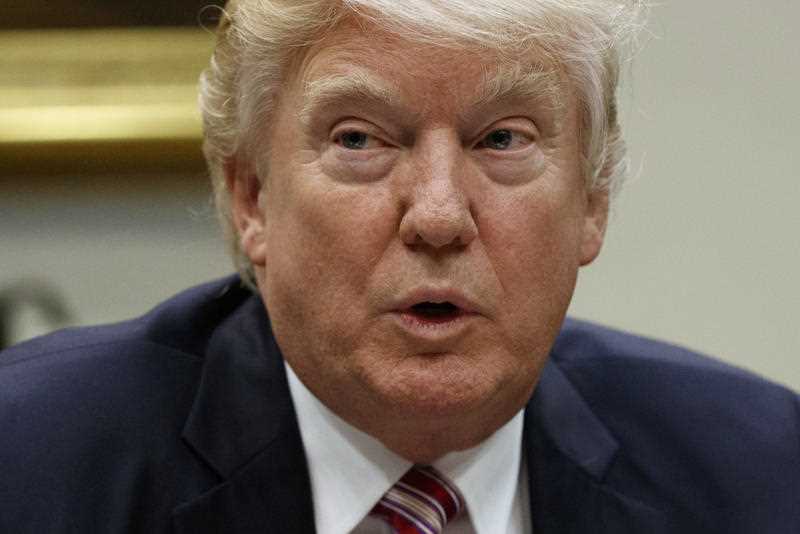 Trump's not the Messiah. He's a market-helping politician!

Yesterday was the Trump dump and US market expert Dennis Gartman thinks a 5% correction is coming. While he’s smart, he has made some big wrong calls in the past. Most of us expected that the Trump train would eventually hit a bump on the track as stocks head higher. Trouble in Congress, with his ambitious policies of reform, is one hell of a significant obstacle to crash through.

By the way, if stocks fell 5%, I’d be arguing that it would be a buying opportunity, provided Congress was still a chance to support most of Mr. Trump’s policies that have helped the US market go up 12%.

Just like the market, I didn’t want President Donald Trump. However, once Wall Street changed its collective view on him, I quickly bought tickets and jumped on the Trump train. It was a case of my better judgment of humanity versus what my job is in guiding my followers — readers, viewers, listeners, subscribers and now fellow fund investors — to anticipate where stocks are heading.

As I say, the US market was up about 14% since the Trump victory, while our market was up about 11% until the 1.5% fall yesterday. And if Donald has trouble getting his health plans through the US legislation process, there could be more stock sell offs, as a lot of experts think a 4%-5% pullback would be historically healthy.

Marcel von Pfyffer of Arminius Capital (a hedge fund out of Brisbane) thinks US political experts know that the health reforms of changing Obamacare were always going to be harder than the tax reform measures.

Yesterday’s Trump dump of stocks was linked to “what if the Trump promises get stymied by Congress?” and a bit of a “pullback is overdue” sentiment from professional market players, who wouldn’t see a problem of taking profit as the stock market stresses about potential presidential political problems.

Not long before the closing bell, the S&P 500 was in positive territory and the Dow was down a measly 6 points*. So again, we’re seeing a shallow dip, which could be annoying for those dip-buyers out there waiting for an opportunity to buy into the Trump rally.

Clearly, we have seen what the market would do if Donald comes up short on his big plans of infrastructure spending, less financial regulation and lower taxes. However, there’s also the issue of what his import tax policy might do to world trade.

This wild, weird and wacky entrepreneur turned US President has added a few more concerns to the wall of worry that stock markets climb during a bull market. However, his presence has done a lot for stocks and, therefore, he has helped confidence and the world’s economic outlook.

Donald Trump is not a market messiah. At times he does looks like one but it’s Congress that now is critical to stocks. And that’s why there was an overreaction yesterday.

If Congress plays ball with Donald, then stocks go higher. If they cause trouble, stocks go lower. However, as long as a good deal of his agenda that he took to the election sees the light of day, then this bull market has legs.