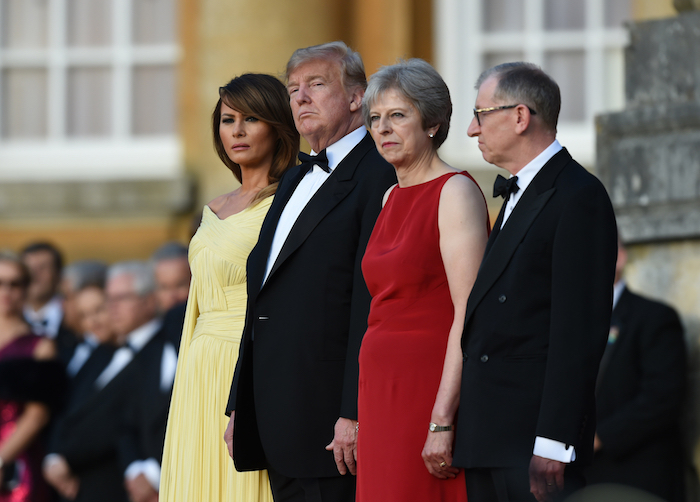 A $200 billion promise of an escalation of a trade war with China from the US President made Europeans stock markets and Wall Street dive on Wednesday. On Thursday, however, the Asian market and our market went higher, seemingly ignoring the new threat and then Europe and Wall Street followed suit.

This strange behaviour makes me think of the movie What Just Happened? All this could be the basis of a script summary for a future movie, which might go like this:

“During the course of an ordinary week in Washington DC, US President Trump must navigate his way through shark-infested waters as he struggles to complete his latest projects, including beating China into submission on trade abuses” (This is how the movie was summed up but I’ve substituted the Robert De Niro character with Donald Trump, which is ironic, given De Niro’s hate for the President, and the projects are very much the work of Mr Trump).

Why What Just Happened?

Well, most sensible people would be asking why wouldn’t a threat of a $US200 billion slug on Chinese imports into the USA and the high likelihood that China will retaliate lead to fear rather than optimism on stock markets?

Let’s go through the possible reasons:

• The market doesn’t believe it will happen and that it’s all the breast-beating of a tough guy negotiator, who knows his limits but isn’t prepared to show his cards when he knows his bluffing with a good hand rather than a great hand.

• The combined positives of good earnings news as reporting season starts again and the solid state of the US economy is offsetting any negatives from the threat of an escalated trade war.

A few months ago, when the President first talked about the tariffs on steel and aluminium, I was interviewing the CFO of BHP, Peter Bevan, who told me he’s calculated that the Trump tax cuts would more than offset the negatives from the tariffs, so a lot of other CFOs and analysts of company stocks have been doing that. And collectively, the conclusion was “buy!”

Interestingly, China’s response to the $US200 billion upping of the President’s stakes was matched by it saying it would look at qualitative responses. Why and what would that mean?

It could mean certain companies, such as Apple, could see its products banned but that’s me guessing, though a qualitative measure has to hurt some key company economically, so Donald would feel it politically.

Why qualitative retaliation? Well, last year the Chinese sold about $US505 billion worth of exports into the USA but only imported $US130 billion worth of Yankee stuff! Nearly 22% of exports to the States come from China and the USA pushed for China to join the World Trade Organisation in 2001, the year US imports of Chinese goods took off in earnest.

The Americans liked the lower cost of goods and China became a one-stop shop for building and selling products and a strong electronics supply chain emerged in Asia, centred around China. But then along came Donald Trump, with voters who wanted their jobs back. And that’s why we are where we are with this trade war trauma.

I hope global markets are right in estimating the impact of a trade war will be manageable (or that it won’t be escalated). But betting on Donald Trump’s predictability is like playing roulette at one of the President’s old casinos!

One last point that could explain why Wall Street can remain positive with the talk of a $200 billion bump up in tariffs for Chinese exports is the other stimulation for the US economy coming down the road: tax cuts worth $1.5 trillion. And then there’s infrastructure spending and $500 billion worth of profit repatriation from overseas to the USA. So a China tariff slug could hurt but might not really crush the US economy.

These numbers aside, we still have to hope that what just happened (trade war escalation talk up and stocks up) is a sign that a trade war won’t actually happen.

But as I often say, I don’t like hope being a strategy!