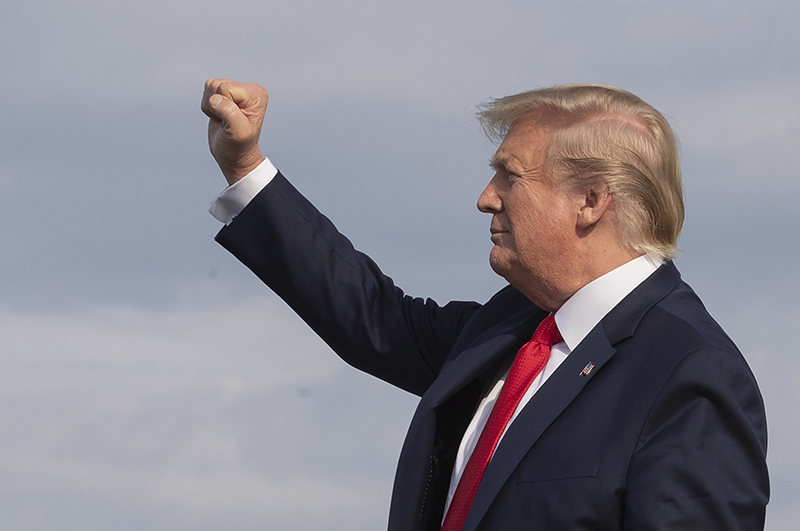 Trump plays his get out of jail card with tax cuts for all!

Donald Trump has played his ‘get out of jail card’ with his tax reform package and so far, Wall Street has given him the thumbs up. Financial stocks were up over 1% and so were tech stocks, as his proposed changes, which are led by a cut in the corporate tax rate from 35% to 20%, are seen as a new stimulus to the US economy.

Tax details aside, the big market-plus development was that a weird group of Republican lawmakers called the House Freedom Caucus endorsed the plan, which increases the likelihood that this tax plan will actually get passed.

The President desperately needs a win in Congress, and Wall Street has been giving him and his economic dreams for the USA the benefit of the doubt. A positive tax plan, however, and the likelihood that the Congress would pass it, will not only improve the stock market, it will bolster Mr. Trump’s political stocks.

"The whole sentiment of the strong market is I think due to the tax relief hope," said Peter Cardillo, chief market economist at First Standard Financial. (CNBC)

Bond yields also rose on the news, which suggests there’s a belief that tax reform brings economic stimulus and supports those who argue the Yanks are on the way up and so are interest rates there.

Other proposed changes include:

Of course, this all sounds great but the questions are already being raised on how this many trillion-dollar tax plan will be paid.

That will dominate debate but if it gets up, it will be good for stocks.

So, what does that mean for us?

Firstly, our stock market should eventually gain as our dollar has fallen and a stronger US economy is good for the world economy and commodity exporters like us.

Second, there will be agitation for tax reform here and around the world, which will be another plus for growth.

Third, this fiscal stimulus will to a degree offset the monetary tightening from rising interest rates.

Fourth, the President said he will make it easier for US businesses to bring assets home without a tax disincentive to do so.

Fifth, he will renegotiate trade agreements, which could affect some of our exporters to the USA.

That said, I suspect the gains from tax reform will outweigh the negatives and I also suspect the Trump supporters will evoke the memory of Ferris Bueller’s Day Off, where the economics teacher talked about “voodoo economics”.

He was referring to the Laffer Curve, created by economist Arthur Laffer, who showed if you cut tax rates you actually collect more taxes because there’s less incentive to pay experts to help you dodge tax.

In fact, George Bush Sr. was the politician who called the idea of tax cuts delivering more taxes “voodoo economics”. And some economists debate its validity but I can’t see even facts getting in the way of Donald selling these lower taxes. And I reckon there’ll be a lot of people prepared to get on board to buy it.

It’s now in the hands of Congress but if it gets up, Wall Street will be seeing Santa Claus for Christmas!