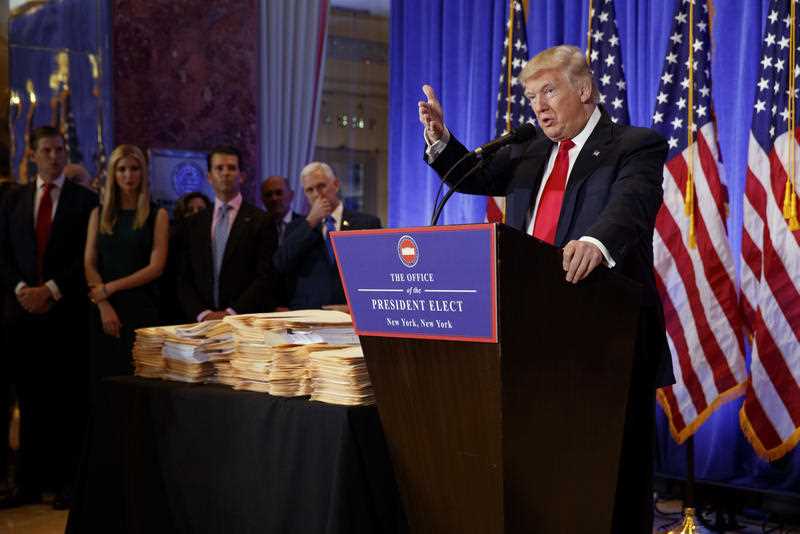 It’s 5:30am and as I bound out of bed and grab my iPhone, then press my stocks app, I want to see green on screen. And yep, the Dow is up 20 points. Phew! This means Donald Trump hasn’t blown his first real test since the November 8 election with the pre-inauguration press conference.

My quick reading of what he said at the conference at Trump Tower, which included a wish to start building the Mexican wall as quickly as he can, and that he intends Mexico eventually to pay for it, tells me he didn’t say anything to spook Wall Street.

This is an important test to pass because the only reason I’m on board the Trump train is because of the potential positivity he brings to the US, world and Aussie economies and the related stock market gains this should then underwrite. 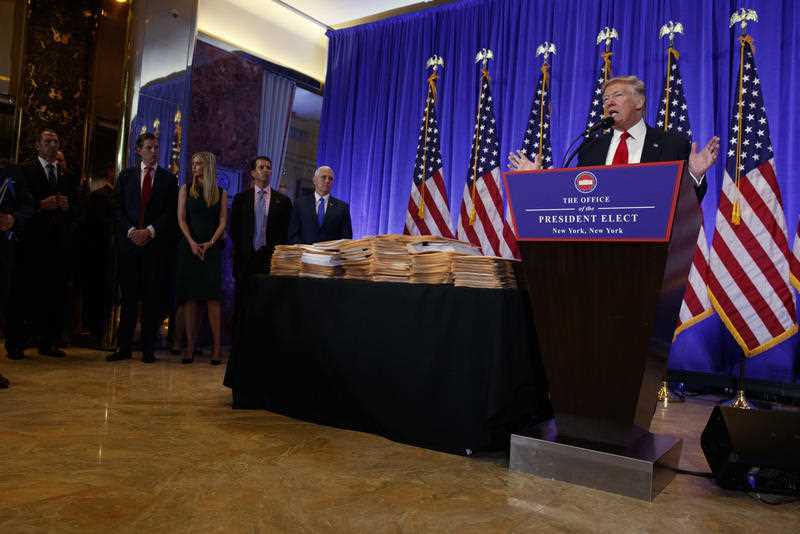 Like him or loathe him, Trump has helped stocks surge 12% since November 9. That’s huge - so if he can face over 250 members of the fourth estate and not say anything seriously scary for stocks, that’s a big plus.

Sure, he put US companies on warning that going overseas to escape US taxes and to create jobs elsewhere will be a thing of the past. And health companies benefiting from Obamacare were set to have to learn to do business without the government’s help. However, aside from that, there were no shock economic curve balls tossed at Wall Street.

Of course his Russian links, his denial of hacking and his conflicts of interest were all dragged up. On his family, who will run his business with a whole web of controls to ensure he doesn’t hurt his Presidency by being involved, he cracked a joke that if they screwed up, they’d “be fired!

Like all US Presidents, Donald Trump will be continually on Wall Street’s watch. And by the way, even though Barrack Obama’s economic record wasn’t great, in terms of economic growth, the Dow Jones has gone from 6469.95 on 6 March 2009 to nearly 20,000 now! Even if you give Donald 10% of this huge 200% plus rise, it still says a lot for Obama and the central banks that helped his GFC rescue plan.

That said, the world economy needed a confidence circuit breaker and Donald Trump has become that key economic ingredient that has bolstered economic, business, consumer and investor confidence, not just in America but globally.

Only yesterday, the Yanks learnt that the National Federation of Independent Business (NFIB) index of small business optimism rose from 98.4 to a 12-year high of 105.8 in December! And that’s no coincidence.

On the local front, we saw home improvement sales soar to 10.2% for the year, which is the greatest growth rate in 18 months. On top of that, the ANZ/Roy Morgan consumer confidence rating surged to four-month highs, up by 5.9% to 120.1 in the week to January 8. Confidence is up 5.3% over the year and well above the average of 113 since 2014. All five components of the index rose in the latest week.

I could go on about this positive post-election Trump effect but that’s enough for now. I’m just really glad that in Donald’s first public test he didn’t blow it.