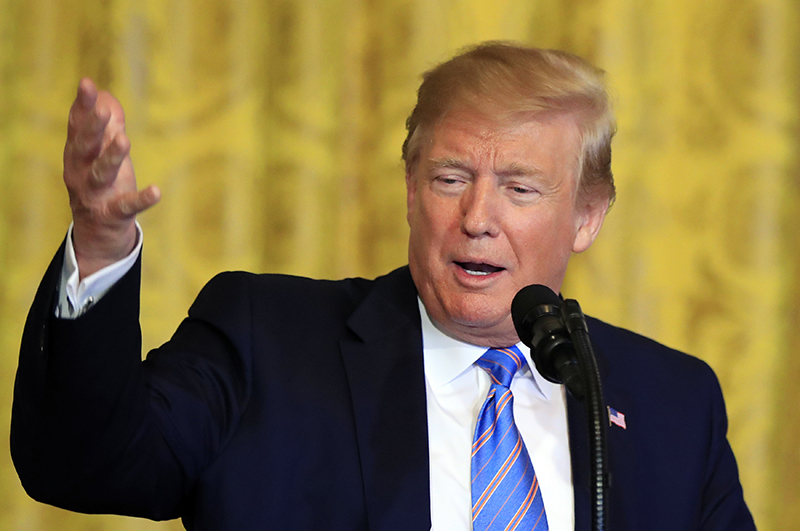 Trump gambles our super and our jobs

“Oh Donald you’ve done it again!” Yep, if you come across the news today that our stock market has nosedived again, you can primarily blame the US President, Donald Trump, who again has poked the bull in the ‘China’ shop and stocks have slumped on Wall Street.

In most things in life I try to be tolerant and accepting, as we live in a plural society. However it doesn’t mean I have to agree with some of the crazy points of view that come with our diverse views, though I’m prepared to accept that even ‘crazies’ can bring positives to the table.

Donald fits this bill perfectly. Since his arrival in the White House, global stock markets have benefitted from his impact on Wall Street. The chart below shows how stocks have gone higher since his election-winning acceptance speech in November 2016. 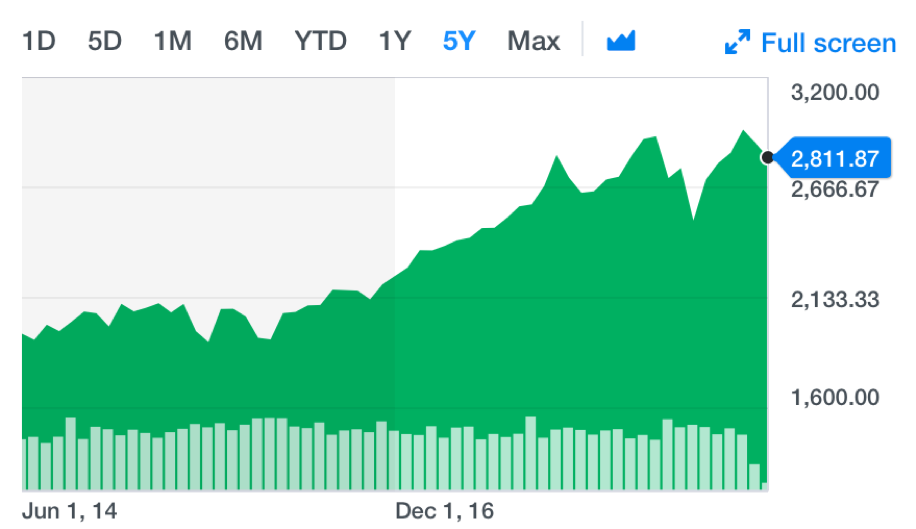 Donald has generally been good for business and stocks but his trade war preoccupation could prove to be his Waterloo. Since early January, stocks have sneaked up, based on two 2019 expectations.

First, the Fed had virtually signalled that it wouldn’t continue with its plan to raise interest rates in 2019. Donald pressured The Fed not to go too hard on rates and history has shown that he was more perceptive about the US economy than the country’s central bank. When the Fed’s boss, Jerome Powell, informed the market that he would be patient on rates, the US stock market took off around December 23.

Second, from early January, Donald was tweeting about how well the trade talks with China were going so it was expected that a deal would be struck by March 27. However, the President and China’s leadership has been playing ducks and drakes on an agreement, which has culminated in this sell off.

Donald keeps saying that the Chinese will pay for their failure to play ball with what he thinks is a fairer trade relationship but recent Goldman Sachs research contradicts his tweets!

The Goldman study has shown the cost of the tariffs has fallen “entirely” on US businesses and households!

The analysis concluded that: “One might have expected that Chinese exporters of tariff-affected goods would have to lower their prices somewhat to compete in the US market, sharing in the cost of the tariffs. However, analysis at the extremely detailed item level in the two new studies shows no decline in the prices (exclusive of tariffs) of imported goods from China that faced tariffs.”

The Chinese have simply maintained their prices, despite the fact that the tariffs have made them more expensive in the US.

Goldman says ramping up the tariffs could rip 0.4% off US economic growth, which would have to be felt on Wall Street sooner rather than later.

What we’re seeing is Donald taking on a more formidable opponent than North Korea’s ‘Rocket Boy’, the EU, Mexico, Canada and the Democrats.

A Communist economy can ride out losses or reduced margins longer than a US Presidency and the last thing Donald needs, the US economy needs and the world economy needs is a US recession and a Wall Street stock market crash.

I gambled that Donald wasn’t silly enough to turn his trade talks into a full-blown trade war but China’s retaliation over night, after slamming tariffs on $US60 billion worth of US goods, suggests the worst-case scenario with this Trump trade drama could be playing out.

Of course, if Donald can do a Houdini and escape a big, recession-creating trade war, he will be hailed by many as a political genius. If he fails, he’ll be remembered as a dope who was out of his depth playing bluff poker with Xi Jinping!

I hope, for the sake of our super, investments, wealth, jobs and businesses he’s remembered as a genius!