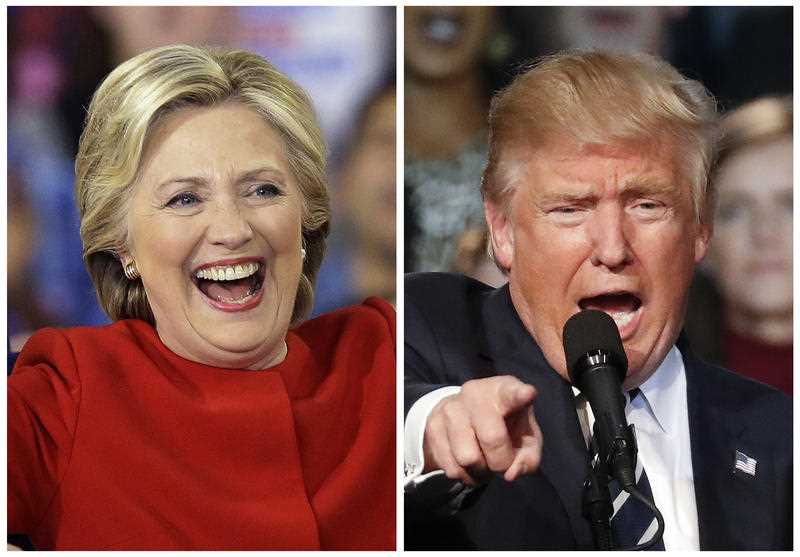 This is the first US election in my lifetime where market experts have really cared about the outcome. The market reactions show clearly what’s wanted — Hillary Clinton as President. But wait, there’s more.

In a perfect world for stocks, the Democrats win the Senate but the Republicans get the House of Representatives. If the Democrats won it all with the promise of a bleeding heart leftish reign of economic terror, the stock market would be spooked.

On the flipside, a Republican win of the White House to the Senate and then the House of Representatives would be a curve ball totally hard to play. As you can see, markets can be demanding — a bit like a spoilt child. However, given the importance of this election, I’m happy to see the ‘brat’ market influencers get exactly what they want.

Why so accommodating? Well, I think we’re poised for a pretty good 2017 and the last thing we need is a ‘fear and loathing’ experience coming out of a hard-to-take US election result.

So despite me having a bet with the world’s scariest economist — Steve Keen, who now teaches at Kingston University, London — that there won’t be a recession next year, a worrying election outcome could ruin my positivity for 2017.

A few months back, the chief economist at Morgan’s, Michael Knox, agreed with me that economic improvement worldwide is likely next year. And based on company earnings forecasts, he believed that both Wall Street and Aussie stocks were set to go higher.

His calculations are based on company forecasts, economic growth and interest rate expectations, as well as many other vital developments. Thankfully, when I run his generalisation across other market and economic experts, they basically concur.

Adding to my 2017 optimism, we’ve seen US economic growth go from around 1% to 2.9% over the past two quarters. Meanwhile, job creation remains solid, so the world’s biggest economy looks like it will help the global need for better economic growth.

The economics outfit, Capital Economics, says the world economy is in decent shape on the eve of the US election. This is not a ‘life is rosy’ business so when they’re positive, it raises my hopes that my positive predictions are believable.

They put world growth at 3% based on good readings out of the US and China. They also point to Markit’s global Purchasing Managers’ Index, which is at an 11-month high. When purchasing managers demand more stuff, it’s a good sign.

Goldman Sachs has recently named five reasons why stocks will go higher, which is a really good endorsement of my optimism.

They list governments’ interest in infrastructure spending now and into 2017. Investors will look for fast growth companies over reliable income payers, which will help stock markets head higher. Bank stocks have been beaten up too much worldwide and if US and European banks spike higher, our local counterparts will go in the same direction but maybe at a lower pace. Goldman says European stocks are set to go higher in 2017, with economic growth moving into the 1-1.5% range. And finally, emerging economies look set for a better year ahead, with the rebound in commodity prices being a good omen.

So how does Donald ruin all this? I think he would have little impact on the big drivers of growth in 2017 but he could easily take the confidence wind out of the sails of the US for six months or more until it’s realised that this real estate salesman won’t want to do too much to hurt the economy.

Of course, Congress and powerful US figures will check him and make him pursue smarter policies. And I don’t think promises to the US people will get in the way of  what he has to do.

However, for at least six months, I’d expect a business and consumer confidence negative effect, if the stock market dives 10% in coming days if Donald becomes POTUS, or President of the USA!

We simply don’t need a Trump experience, with 2017 shaping up as a good year. Let’s hope God can prove that there is a God in heaven via the election results seen over the course of today.