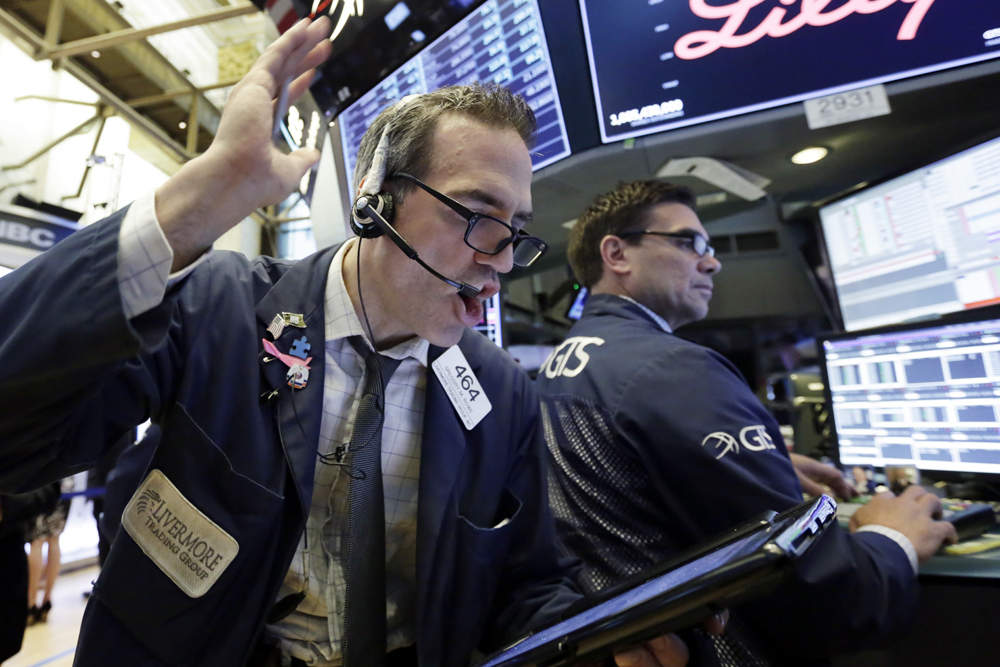 Today the trade war gets serious and Trump fans have to know that their beloved leader has brought this on. I’d like to have faith in the big guy, that it will all end like one of his scripts from his TV show, but the apprentice President might just have ruined a bull market that he helped to sustain.

The only hope I hold out is that Donald is so unusual that he could back out of this brewing trade war and pass the whole thing off as a part of his ploy to get the trade barrier problem children — China and Europe — to the negotiation table!

Don’t get me wrong, I try to be objective with Trump because he’s done some good stuff such as his tax cuts and his Kim Jong-un work. However, this trade battle, largely for the sake of votes in the states where old, uncompetitive industries’ workers voted for him in 2016, are being played up to, ahead of the November md-term elections.

And let me agree that Chinese companies have been stealing US companies’ intellectual property and European farmers and other businesses have been afforded protection for cultural and political reasons, so there is an economic fairness reason behind the Trump method but with European and US markets taking big hits overnight, this is getting serious.

But it has been worse in China as this chart of the SSE Index of the Shanghai stock market shows.

That’s more than an 8% drop in a month, so that’s serious stuff and last night on my Money Talks show on the Sky News Business channel, Aitken Investment Management’s Charlie Aitken did ask how could the big drops in the Chinese stock market be going on and Wall Street keeps going higher?

He also made the point that nowadays the tech stocks such as Facebook, Amazon, Netflix, Google(Alphabet) and others such as Apple make up 25% of the S&P 500 Index! And if China retaliates it could spell trouble for Apple sales!

This is what the South China Morning Post reported about Apple in early February this year: “The world’s most valuable company reported on Thursday in the United States an 11% increase in its combined fiscal first-quarter revenue from mainland China, Hong Kong and Taiwan to US$17.9 billion, up from US$16.2 billion in the same period a year ago.”

The S&P 500 Index closed down 1.35%, which says many US investors believe the worst case scenario won’t happen with a trade war and I hope they’re right but we’re gambling with the former casino owner called Donald Trump.

These are the headlines from CNBC this morning:

• Xi has strong words for Trump: ‘In our culture, we punch back’ — report.

This is starting to look like a high stakes ping pong match with another CNBC headline saying it all: ‘Dow drops more than 300 points as investors brace for further trade actions against China.’

So can I offer a hope that this is a testosterone play that might not result in a full blown trade war?

Well the Dow did rebound in the last hour to finish down but less than earlier after Trump’s trade adviser, Peter Navarro said that there were no investment restrictions planned against China and other countries. He thought markets were overreacting and I hope he is right because my SWTZ fund got to $2.62 cents yesterday — 1 cent off its all-time high — but it slipped to $2.59 before the close on all of this Trump trade tensions!

C’mon Donald get negotiating before we all lose more money on the stock market and in our super funds!