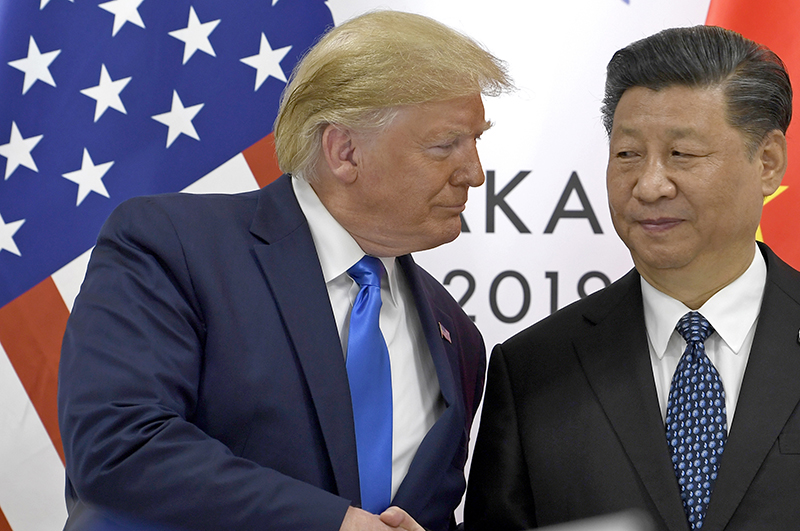 Trade war threatens your job! Can economists rescue us?

This is the greatest test for the people who we largely ignore but whose judgment calls keep us in jobs, help our businesses grow, contribute to the growth of our super funds and sustain our material as well as social hopes and dreams.

These often nerdy, bookish number crunchers have the duty to guess what’s going on, and will go on, in the economy. It’s alright, I can be unsympathetic to economists because I’m one. Like my Jewish mates and African American comedians, who poke fun at their fraternities, I feel I also can do so without retribution.

And it should be quickly added that I respect what these professionals try to do because their best guesses (or let’s call them forecasts) are sought by important decision-makers on a daily basis.

Scott Morrison has Josh Frydenberg, who has an army of economists in Treasury. The Reserve Bank Governor, Dr Phil Lowe is an economist and he too has a platoon of economists all trying to work out what we need to do to avoid 10% unemployment, another big drop in house prices and, of course, that dreaded R-word for recession.

And of course, Donald Trump has an economist by his side in Larry Kudlow, who was a former anchor on CNBC — the US business channel owned by NBC and GE at one time! Larry was the chief economist at Bear Sterns, whose collapse was the trigger for the GFC stock market crash. But he had long left the building before that calamity occurred.

Another economist working overtime to cope with Donald’s trade curve balls is Jerome Powell, the Chairman of the Federal Reserve — America’s central bank. And this guy has virtually been put into a Trump headlock over interest rates.

This time last year, Jerome was telling us he was preparing to raise US interest rates possibly three times in 2019 but this led to a tsunami of Trump tweets, where the President virtually said: “Cut or it’s your job Powell!”

This is unusual public discourse between a US President and his chief money manager but Donald has rewritten the rules of engagement for just about everything a commander and chief in the White House does.

And his biggest rewrite is all about trade and tariffs. Politicians since the 1980s have got on board with economists who supported free trade, globalisation, deregulation and so on. However, Donald believes this has been used by the likes of China, Mexico, Canada and Europe to exploit the USA. And that’s at the core of his trade war.

Even a decade ago, there were stories that Calvin Klein would release a new clothing line on Wednesday in New York and it would copied, flogged and worn on the streets of Beijing and Shanghai a few days later.

Calculations say that this intellectual property thieving is costing the US up to $600 billion a year. This kind of theft might have been tolerated when China was a smaller economic power but it’s now number 2 in the world. So there is a justifiable method in Donald’s madness.

So the global economy and its economists have been sucked into the deal making world of Donald Trump. And economists have to deal with the economic consequences. Early this week, the economists at the Kiwi central bank shocked markets with a half a percent interest rate cut. Locally we’ve cut in June and July and the tip is we could have two more cuts ahead, which would take our cash rate down to 0.5%! This is a “stacks on the mill”, things are getting desperate situation for the world’s economists, who, with these interest rate cuts, are leading the fight against the economic fallout from the Trump trade war. But they might need their economist buddies controlling the budgets of every government in the world to start cutting taxes.

If the economists can’t convince the politicians to reduce taxes and increase infrastructure spending, Donald’s trade war could render a recession on the world, the US and the Australian economies. If this happens, jobs will go, house prices will drop and there’ll be a minority of smart alec economic doomsday merchants delighting in the failure of mainstream economists.