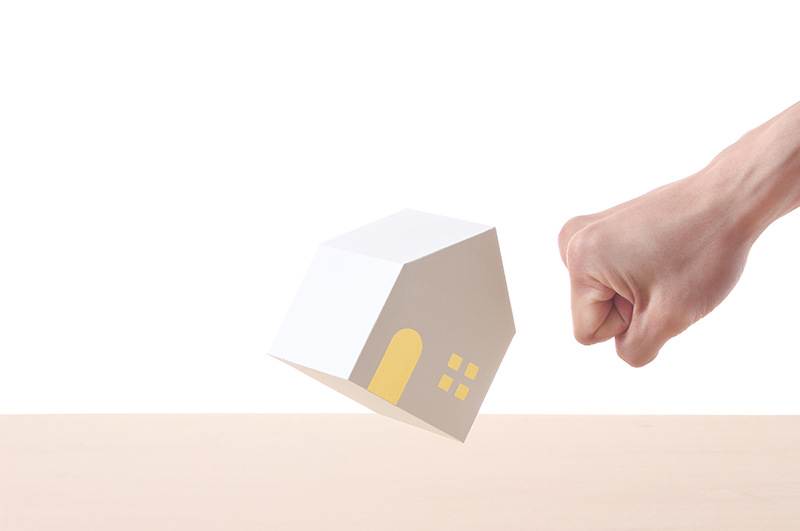 Tonight, live on TV, the property punch up of the century!

Tonight I will be hosting a future of real estate price debate on my Money Talks TV programme, which I’ve described as the “Property Punch Up of the Century!” Oddly, one of the combatants wants the referee and his opponent to reveal their possible conflicts of interest!

I must admit when economist John Adams went to Twitter on Friday and suggested that this was important, I was a little surprised. After all, I always thought the debate will get down to who looks like he’s the most believable — John or economist/fund manager Christopher Joye, who doesn’t believe the claims of the doomsday dream team who thinks house prices in Sydney and Melbourne will fall 40%, maybe more.

I’ve always maintained that a 40% fall seems over the top without a recession and a huge spike in unemployment. Even then, when that last happened in the early 1990s, real estate prices didn’t collapse. As a consequence, I’ve supported the group that John Adams and his cohort would call mainstream or establishment economists, who think the worst house price falls would be 20% in our two major capital cities.

Lately, AMP Capital’s Shane Oliver has moved from a 15% maximum fall to 25% but he’s probably the most well-known economist to be very negative on house prices but he’s not in the Armageddon 40% category.

So this sets the scene for the Adams -v- Joye battle of economic forecasting on the YourMoney channel on Foxtel and simultaneously on the Nine Network’s Channel 95.

John wanted to take me on, promising to “wipe the floor with me”. I returned fire by simply saying that I’m not a property price expert and that my job is to survey the opinions out there of really smart people and then give my preferred, best guess view. Economics always leads to the need for best guesses and I’ve always argued that our (and the global) economic outlook always made me lean towards the mainstream view. However, lately, the economic outlook has weakened because of trade war concerns, its impact on the global economy, the Royal Commission and APRA effects on home lending and the economy, as well as the negatives that go with a Government in crisis over leadership, as an election looms.

When I asked Christopher if he’d like to debate John, he said he was happy to and has promised to “monster him”. So it should be a red hot debate.

I’ll keep them on track and make them be concise but I won’t be passing judgment on who was right — the viewers can decide that.

On the subject of conflict of interest, John says he hasn’t got any. I think this depends on how you define conflict of interest. He might not have any economic relationships with anyone who’d benefit if he wins the argument and the whole nation turns negative, which would help short sellers and those looking for cheaper properties. However, if he wins, it will be good for his reputation and that can translate into an economic benefit for him and his website.

But I’m just being picky.

For my part, I returned fire on Twitter, telling John and his supporters that I am conflicted. I want him to be wrong because I don’t want house price falls to create a recession. I don’t want bankruptcies to rise, as I have clients. I don’t want unemployment to rise and neither do my 50 plus employees.

And I’m sure my financial planning clients would prefer a manageable house price fall and a long delay until a recession comes along to send stock prices plummeting.

I have a home loan business where my loans are 3.89% on a comparison rate basis, which is one of the lowest in the market.

I have a financial planning business that started rebating commissions and charging flat dollar fees. The Royal Commission will make more advisers look like me. On Friday, I bumped into my old Triple M colleague, the comedian Richard Stubbs, who gave me a great one liner when he said: “Hey Switz, you can say I was honest, first!” (Of course, there were others who were honest along with me but I did like his comical observation.)

I have clients who advertise on my website but none of them are in the residential property space.

He also has had a link to Yellow Brick Road through the Smarter Money Investments business. Like me, I’m sure he’s rooting for modern day capitalism over those who seem to be too negative but who knows, they could end up being right!

That’s why I wanted the debate. Just like when I used to interview Professor Steve Keen in 2009, when he was predicting house price Armageddon, I will say to John tonight: “I hope you’re wrong.”

And I wonder if John will say, like Steve used to: “I hope I’m wrong too!”