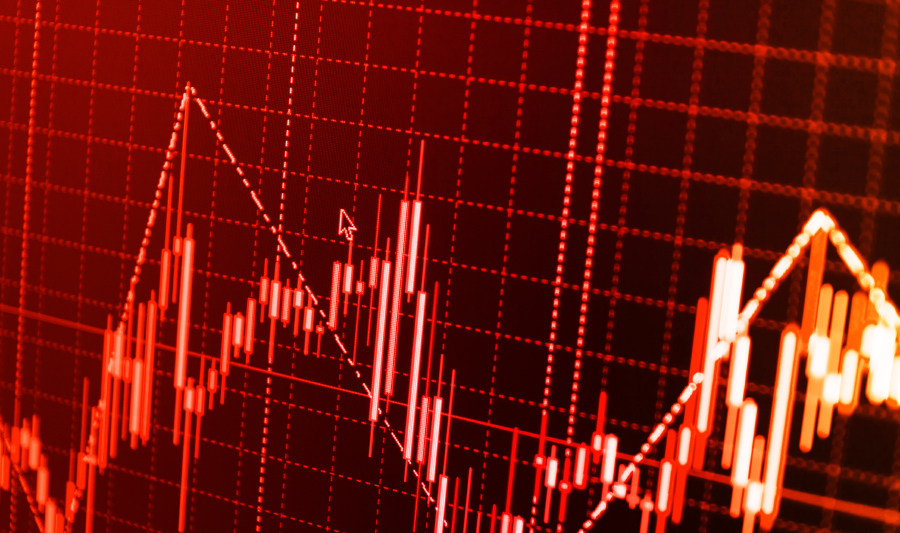 This rally will be tested. Beware old pests like George Soros!

It’s been a bulls’ picnic since February 10, with our stock market up about 12%. If we can end up positive today, then we might eradicate all the losses on the stock market for this year! We might find it hard to stay positive but if we do, it could be a milestone development.

Wall Street was negative overnight as May looms and there has to be some would-be market manipulators, who’ll be trying to give impetus to the old saying “sell in May and go away”, which often works but is never a certainty.

Understand this: the biggest driver of the stock market has been the recovery of oil prices. Yep, economists like me thought low oil prices would be great for a global economic boom. However, the stock market negativity (linked to struggling resource companies, their service-related companies and the banks that lend to them) smacked the S&P 500 index in the US and other global markets played followed the leader.

Talk of an oil production freeze and rising iron ore prices gave materials a lease of life and the likes of BHP-Billiton et al started to defy gravity. Then the doomsday merchants, who had all the stock market headlines in the first 45 days of this year, started to cop it.

It changed and poor old hedge fund operators and short sellers were given a market lesson. As stock prices rose on banks and miners they’d shorted, they were forced to buy back in to avoid massive losses on their shorted stocks. Don’t you fell sorry for them? Not!

Adding to the newfound positivity, in February there was better than expected Chinese economic data. So it’s no surprise that George Soros, a classic market manipulator, would come out with his claim that China is looking like the US prior to the GFC. And yep, the media goes along for the ride because he’s a headline-maker and it doesn’t matter how wrong he has been since 2008.

If anyone had listened to and been spooked by Soros, especially in the US, they would have lost a lot of money. The same goes for other genius sages and prophets of doom from Dr. Marc Faber, economist Peter Schiff, Steve Keen and the rest of the “one day they will be right” crew.

If you’re a whinger and one day will want to bag me for being an optimist, then I say to you: get out now! Go to cash and be happy that you have done miles better than being in cash, term deposits and bonds. But that’s not what I’m doing.

I’m sticking with stocks, though I think the stock market will be tested, with Wall Street finding it hard to beat the 18,000-level on the Dow Jones. After the latest big run up, there has to be a test put on this rally but I’ll be surprised if we fall to the early year low on the S&P/ASX 200 index low of 4706.7.

I remain cautiously positive for stocks for this year because:

That said, the overall news on earnings and economics isn’t strong enough to take our market up towards the 6000-level that we nearly saw in early 2015 and comments from ‘gurus’ like Soros won't help. Aside from George, there are fund managers out there who were short the likes of BHP. Its comeback, and those of others in the mining class, have really hurt their performance.

As this market rally teeters at the top, as it did on Wall Street overnight, the smarties will try to create a pullback or a 10% plus correction. Adding to this negativity, the oil price slipped and the Philly Fed index slumped back into negative territory. This is how marketwatch.com saw it: “An index of factory conditions sank back into contraction in April, suggesting the manufacturing sector may still be struggling to shake off economic headwinds.”

Fortunately, other manufacturing data is not so negative, which is consistent with the mixed data we’ve being seeing on the US economy. If it eventually turns very positive, I think stocks will surge. If it goes south, the market will head down. The same goes for China’s economic news and market impact.

So what did George the market manipulator say about China’s threat to stocks? Looking at China’s growth, he told a conference in New York: "It's similarly fueled by credit growth and eventually unsustainable extension of credit. But it feeds on itself, and it has a lot to do with real estate."

By the way, he was flogging the same story in January at the Davos conference. Again he stole market headlines. If you’d listened to him, you would’ve missed out on a 12% market surge.

Just to add to the fear, he said the European Union is in mortal danger and what can you do with that? As I say, the bears have been beaten up since February 10. However, like the bear that savaged Leo DiCaprio in the movie The Revenant, these suckers don’t lay down easily!

As I say, I’ll be surprised if our stock market can finish in positive territory today but we have gone up eight days in a row.

By the way, at the Davos conference, Dr. Nouriel Roubini, who did call the GFC crash, argued that we weren’t in a pre-GFC situation right now. Good on you, Nouriel.