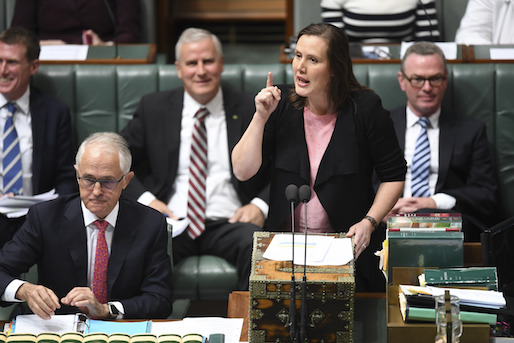 This is a super idea to save dumb, lazy Aussies from a retirement from hell!

What we have sounds great. With Australians set to be able to select a high performing super fund for life and some math’s genius says they would save $407,000 by avoiding crappy performers and by not having multiple accounts.

I love the sound of this Productivity Commission report into super but I’m curious how we are going to make my fellow countrymen and women care about their super? And then how does the Government force us into a smarter super solution?

The report says 33% of our super funds are hopeless. There are about 10 million “unintended multiple accounts” that rob super members of about $2.6 billion because unnecessary insurance accounts and duplicated fees rip the guts out of retirement nest eggs.

Some people are paying for income protection in a number of super accounts, but they can only claim one, under law!

Going forward bosses, unions and others won’t be able to force super members into a fund and poor funds will be shown the door.

The numbers show that 5 million super accounts are underperforming, and so in the future new workers will be shown the top 10 funds and be invited to sign up with one of them. That’s a small number considering there are 40,000 super products out there!

And financial planners will be put under pressure to recommend the funds and will have to explain why they’ve opted for something else.

The Commission thinks this “kick out the dud funds program” could return $3.9 billion to super members.

The recommendation is to cut the MySuper funds or approved products by a third, and the duds will be told to get out of the game!

The Commission also supported the Government’s Super Minister, Kelly O’Dwyer, to end multiple insurance policies, get super members to bring all of their funds into one fund — consolidation — and help members find their lost super.

That’s the guts of this report, and they’re pretty good ideas which I’ve been talking about for at least a decade or maybe two. The final recommendations come in December, but let me say, we didn’t need this report — all of this info was out there. But Governments always need to pay someone to justify their big changes.

I’ve been showing the top 10 funds in my writings for over a decade. I’m always telling people to go to Superratings.com.au or Chantwest.com.au to see how their fund is doing against the top 10 and how expensive their fund is compared to the best.

However, there has been a big problem — Australian’s don’t give a toss about their super until they are in their 50s. A super fund over 45 years of work can be worth more than a house if it’s a good performing fund, not overcharging its client but most people I know couldn’t be bothered to look after an asset that could be the difference between a good and a bad retirement.

I hate Government’s getting involved into an industry, but as most people are hopeless when it comes to super, I think we need a benevolent dictator like the Super Minister to right the wrongs.

I don’t like calling my fellow Aussies dumb and lazy, but when someone chooses to be in a hopeless, expensive super fund because they don’t do some basic homework, then they need to be dragged kicking and screaming by Kelly O’Dwyer into a better future.