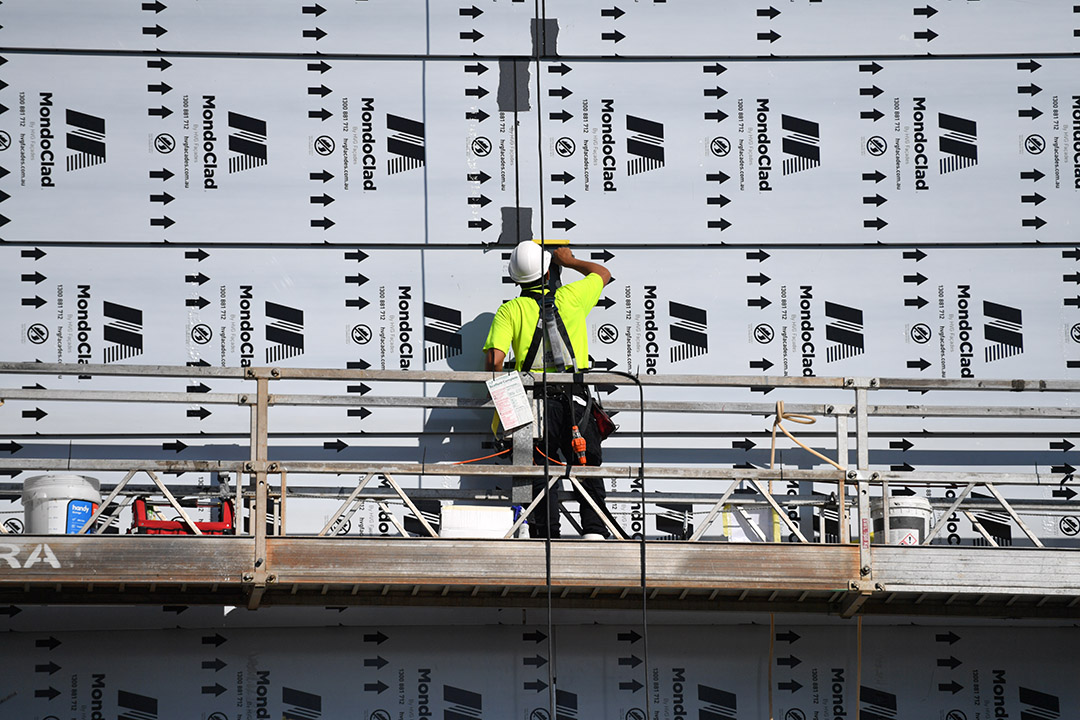 These unions, they go crazy!

I’m no union basher (unless these worker reps get silly with their demands) but given the CFMEU’s latest wage rise claim and getting every second Monday off (which will close down construction sites), this requires some serious clobbering!

The union surprisingly argues the 5% a year pay rises over three years are necessary to REWARD construction workers for working during the pandemic! Meanwhile, the fixed Rostered Day Off calendar will ensure that the workers will take their days off as builders’ schedules get ever tighter.

Reward? I think there are probably over a million Australians now out of work and there could be another million who are hoping that their only reward will be that their job comes back after JobKeeper goes in March!

Many people once argued that young people needed a ‘good recession’ to teach them about the reality of the working world but it looks like there’s a whole lot of other Australians who have taken this recession, and the ability of employers to give them jobs, for granted.

This crazy desire for a lesson-teaching recession arose out of Australia’s world record-breaking 29 years of economic growth without one. This meant our jobless rate remained quite low for at least 20 years. It also meant many employees took their job and pay for granted because they’d never seen tougher times.

Tougher times over 30 years ago saw women on much greater unequal pay, discrimination in the workplace was rife, no one cared too much about bullying bosses, sexual harassment and maternity leave.

And if an employee gave their employer ‘attitude’ or stole from the business, they were sacked on the spot. There was no Fair Work Commission to reinstate the cheeky or thieving workers with compensation!

So the pendulum of fairness has moved in the right direction but with the CFMEU asking for “rewards” for keeping their jobs during a pandemic, it shows you just how far the pendulum has gone past what’s fair and into the wrong direction.

Last week we looked at other protected species workers — the wharfies — who’ve been using the Coronavirus to pile on workplace demands and higher pay (which they’re entitled to if they deserve it) but the timing shows how out of touch the leadership is within the union movement.

One of the country’s highest achieving Prime Ministers, Bob Hawke, was the country’s top union leader as boss of the ACTU and became Labor’s longest-serving PM. How did he do that?

By being someone who represented Australians rather than a small group of self-concerned unionists.

Right now the left and the right of politics are becoming increasingly tribal, which means that they’re fighting for what their constituency wants rather than what the majority of Australians need.

At the moment Scott Morrison is trying to appeal to the middle group of Australians (called swinging voters) and Anthony Albanese is doing a better job than Bill Shorten to not look like he’s a captive of the unions and the left — so that’s progress.

However, we’re not out of this Coronavirus economic mess yet and that’s why seriously selfish demands from unions need to be put into a national perspective.

As I alluded to above, the real test for our economic recovery comes in the first three months of 2021. If there’s not a high hope that a vaccine is making the reopening of the economy here and abroad highly likely, confidence will first plummet on the stock market and will then infect business confidence first up. Then as workers lose jobs as the JobKeeper payments shrink and then end in March, the consumer will stop spending.

That’s when a real recession will threaten and will mean the May Budget will have to be another rescue operation, which will send the Government into deeper debt. And that’s when young people and irresponsible unions will get to see a ‘good recession’!

I don’t want any Australian to learn this economic lesson the hard way but political, business and union leaders need to help the protected job-safe Australians understand how flexibility and unselfishness is required when employers and governments are bankrolling our current jobs and lives.

The time for workers to ask for more money is when an economy is booming, inflation is spiking, interest rates are rising and the unemployment rate is falling.

This isn’t that time.

My economic view is that we’re actually heading in the right direction (economically and market-wise) but we’re not there yet. So it’s time for cooperation rather than immature selfishness and craziness that could kill our economic recovery.