There's Mooch to learn from the White House sacking

It has been a problem that has been growing by the week and it came to a head on Monday when President Donald Trump sacked his communications director, Anthony Scaramucci, after just 10 days!

This big news story not only underlined the revolving door that has become the White House under the new US leader, it has elevated to a more serious level the question of whether being an accomplished entrepreneur qualifies you to be a quality leader.

This could be a question that some here in Australia are pondering about, as our own Prime Minister and his Government stumble from one poor popularity poll to the next.

I suspect there’s an answer that can come from the treasure trove of wisdom that has come from the greats of business, upon whom someone like Donald Trump (and maybe Malcolm Turnbull) would’ve built their own reputations.

When I learnt that Donald had cancelled the ticket of ‘Mooch’, it reminded me of one of the big lessons I’ve learnt from some great business builders.

I recalled that when I was interviewing James Stevens, the creator of Roses Only, I asked him about some of the important take-outs from over a decade of fast-tracking his family business into one of the best online retailers in the country.

He instantly replied with: “Hire slowly, fire quickly.” James admitted it was not his pearl of wisdom he made up, as he confessed to being a committed, fanatical reader of some of the world’s best entrepreneurs. He said he’d heard the lesson as a younger business owner but it never resonated until he made numerous hiring and firing mistakes at the coalface of Roses Only.

Over the years, and in our own business, it has proved to be a maxim no hirer should ever forget!

So to leverage off Donald’s clear mistake of probably hiring too quickly (which possibly has been slightly offset by his remembering that firing quickly saves prolonging a mess that will ultimately end with a sacking), let me share with you other great pieces of business wisdom. These are not only valuable for building a great business but are really useful in creating an outstanding life.

Over the years, I’ve been lucky to interview the likes of Richard Branson, who really has been one of the world’s greatest outside-the-square thinkers. His competitive advantage was to target industries dominated by monopolies or a few colluding competitors, such as the recording industry or the airlines, and to come in as a champion of the consumer as a price-cutter. 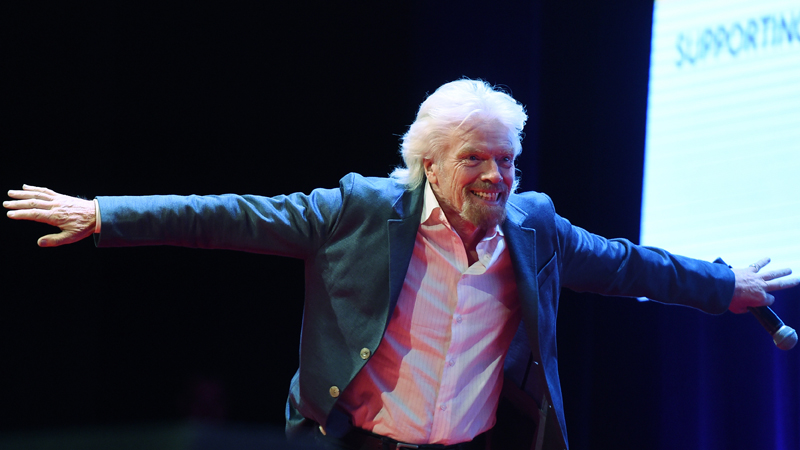 He brilliantly used public relations events, such as around-the-world balloon challenges and record-breaking attempts in speedboats from the USA to the UK.

The publicity not only introduced the world to Richard Branson, it made the Virgin brand unforgettable.

And now, he actually sells his brand to other businesses because the brand itself has enormous customer appeal. Virgin Active Health Clubs are a case in point.

This sums up his lesson for all of us who are aspirational: “My interest in life comes from setting myself huge, apparently unachievable challenges and trying to rise above them.”

Yes, but setting wonderful goals is the easy bit. The big question is: how do we make it happen?

Sir Richard has also shared with us another great step down the road of success with: “There’s no greater thing you can do with your life than follow your passions — in a way that serves the world and you.”

He’s a big believer in win-win, and if your dream (be it a business or simply a self-fulfilling goal) enhances others, while creating benefits for you, then you’re on a winner!

His passion to make his dreams come true has pushed him to do what others would not, but therein lies the secrets of his success.

Donald might be finding being President of the USA a tad challenging at the moment, but he had the passion Hillary lacked and he knew his customer better than his rival in the lead up to last November’s election. 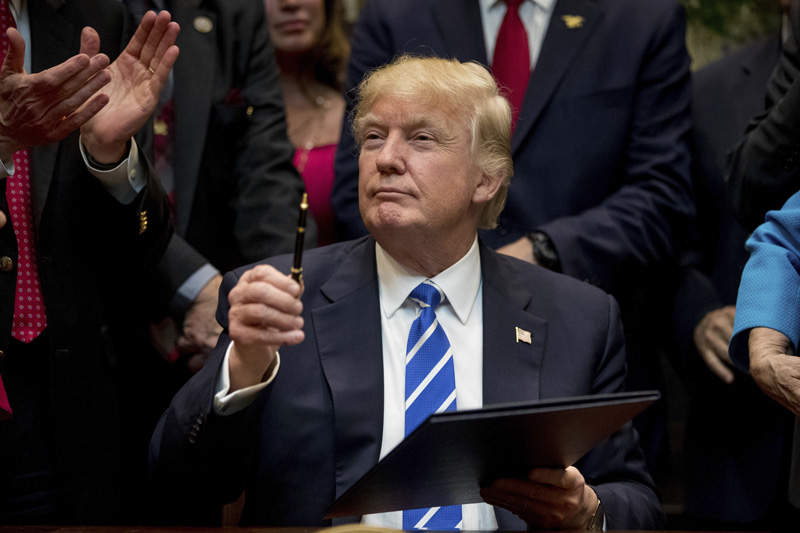 Steve Jobs was not a computer expert (that was his mate, Steve Wozniak’s long-suit) but he knew the computer consumer. My favourite pearl of wisdom from him was that Apple had “a relentless and passionate commitment to what customers want!” And even more compelling was this from Steve: “Our brand is the embodiment of trust.”

When someone who runs a huge multinational corporate success story says it all gets down to knowing what people want, and then those people see you as the “embodiment of trust”, it shows how special Jobs and his company became, at least in the eyes of his customers and its loyal supporters.

Those who find Trump sickening as a human being could never see what his voters saw in him, but they clearly saw him as the embodiment of trust and that he had a fanatical commitment to knowing what they wanted.

If any of us are failing in our pitches to our bosses, our customers, our team, our family or our loved ones, it might be because we’re not seen as the embodiment of trust. We might not be seen as someone who actually has a fanatical commitment to what our customers/bosses/loved ones/et al really want.

Donald might be a lousy hirer and a quick firer (and a silly tweeter) but he got a lot right about winning over people and influencing them.

And on that subject, we can learn a lot, as many entrepreneurs like Donald have, from Dale Carnegie, who wrote one of the greatest booksellers of all time with his How to Win Friends and Influence People. Among other things, he preached six simple ways to win people over:

3.   Remember that a person's name is, to that person, the sweetest and most important sound in any language.

6.   Make the other person feel important – and do it sincerely.

Trump won’t play the Carnegie game to his media enemies but to whom he wants to win over and influence, he’s a very different person. I’m not arguing that you be disingenuous, but certainly, if you lack traction in your dealings with the key people you interact with, then there’s a good argument that you need to take a lesson or two from the likes of Dale Carnegie, as Donald so clearly has.

And that’s my final lesson and it’s all-embracing. Many of the greats of business have had powerful influencers or mentors in their lives.

The Trump family were parishioners of the church where the famous Dr. Norman Vincent Peale preached and he was the author of one of the most well-known books of all-time The Power of Positive Thinking.

The book was published in 1952 and was on the New York Times bestseller list for 186 weeks, selling over five million copies. As Wikipedia tells us: “It basically aims at ensuring that the reader achieves a permanent constructive and optimistic attitude through constant positive influence of his conscious thought (e.g. by using affirmations or visualizations) and consequently achieves a higher satisfaction and quality of life.”

Yep, that sounds like the positivity driver behind Donald Trump, but I believe Peale’s influence has turbo-charged (directly and indirectly) hundreds of millions of high-achievers and the very words “The Power of Positive Thinking” are a driver, a motivator and an inspiration for anyone who wants to stand out from the crowd.

As an economist and financial commentator who now has a listed fund (the Switzer Dividend Growth Fund or SWTZ) that would be more valuable on a rising stock market, I’d like Donald to be a better President, who could influence Congress rather than tweet and sack staffers.

However, I still can recognise the positive lessons that Donald Trump basically advertises!

After all, given his most obvious shortcomings, which we see nearly daily, the fact that his net worth is estimated at $3.5 billion and that he could sell the Trump brand into the White House, says a lot about the powerfully valuable lessons that abnormal entrepreneurs have learnt that normal people have not. As Maxwell Smart might have pondered: “If only he had used it for goodness and niceness.”

The reality is that it can be, and many entrepreneurs are doing that every day. I reckon Richard Branson, Bill and Melinda Gates and Warren Buffett are demonstrable cases in point. 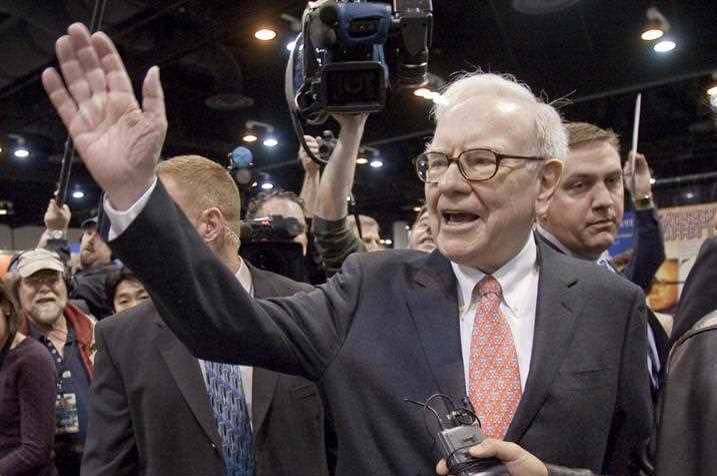 And in case you missed it, Australian Len Ainsworth, Chairman Emeritus and Executive Director of Ainsworth Game Technology Limited (who’s worth over a billion dollars) has also signed up for the Giving Pledge. He joins over 150 other billionaires who have taken the pledge.

For me, Donald’s sacking has reminded me that you should never judge a billionaire ‘book’ by its cover!

That said, I wish Donald could lift his game.