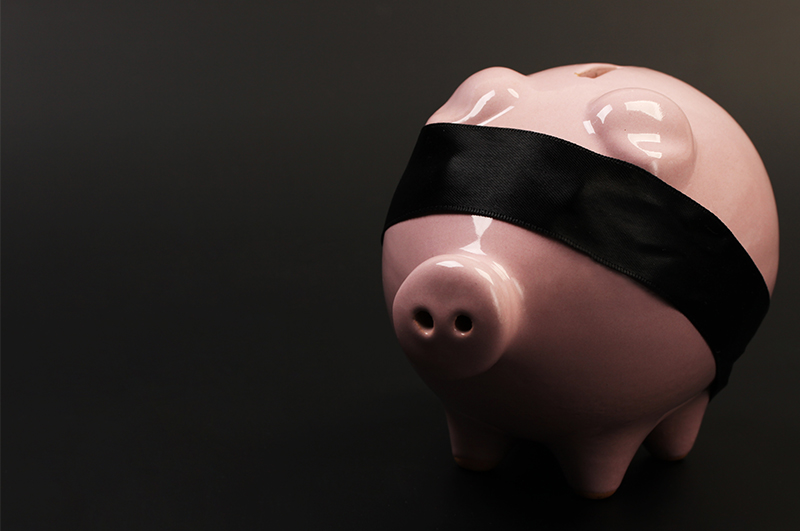 There are none so blind as those who will not see!

There are none so blind as those who will not see. That old biblical observation of humanity often comes back to me as I’m belted by the property doomsday merchants out there who love to rip into anyone who doubts that a house price Armageddon is coming.

I have two functions in the house price debate. First is that I have to tell you what the competing interests are saying. That’s why I interviewed Martin North of Digital Analytics on my Money Talks programme. And it’s why I keep people informed that someone like Shane Oliver, chief economist at AMP Capital, has gone from being a 15% house price fall guy for Sydney and Melbourne to a 25% price drop guesser.

On the flipside, most economists are in the sub-20% price fall group, which as the RBA’s boss, Dr. Phil Lowe, says, is a manageable price fall. In fact, they would’ve wanted a 20% fall to offset the near 80% rise in a place like Sydney over a five-year period.

I was surprised when I interviewed David Morgan, the ex-CEO of Westpac and a guy who was Deputy Secretary at the Federal Treasury and who’s been rescuing troubled banks in the UK and Europe with J.C. Flowers & Co., did not list a house price slump as a big worry for our economy.

He thinks Australia’s biggest threat comes from a global recession. He ripped into Donald Trump, calling him an “ignoramus” whose policies have undermined the economic outlook of the world economy.

Quizzing him on our high household debt, he recognised it as a potential problem but argued that the debt is in the hands of borrowers who have a good capability to repay that debt. He also says the fact that we have a greater obligation to repay debt here in Australia makes him comfortable with our debt challenges.

In case you think David is out of touch with the realities of our debt and its impact on bank balance sheets, he actually was on the David Murray Inquiry into the Financial System, which made banks raise their capital holdings.

Morgan is relaxed about our banks’ balance sheets and I hope he’s right. The big issue might be if we roll into recession any time soon and with the latest economic growth numbers not hot, this could help the doomsday merchants be right.

Also, if a global recession results, this could help the doomsdayers be on the money as well.

On our slower growth numbers, economists are wondering if we can trust these GDP growth results. A few years back, some economists said we had an income recession, despite the fact that GDP growth was strong.

They pointed to nominal income growth being negative but now the opposite is the case, with official GDP growth at 2.3% but if you use the income method to calculate GDP growth, it’s over 5%!

Funny that those who criticized me, when I was hailing good growth numbers then pointing to an income recession, have not been going public saying that there is now an income boom!

As you can see, I’m running both sides of the argument and then giving my best guess on what might happen. That has to be my function. It’s why I have switched from being a ‘rates on hold’ guy to a ‘let’s cut rates now’ advocate before growth slows even more.

However, if the income boom story is right, maybe the RBA will gamble that a rate cut is not needed. The central bank may also want to see what the Government and Labor will throw at us ahead of polling in May. If the tax cuts and spending are big, maybe the RBA will hold back its potential rate cuts for when a major recession drama looms.

This is the debate that the RBA would be having, as it doesn’t want an excessive house price drop to rattle consumers and then the economy. I hope the majority of economists are right but if the info presented changes, they and yours truly will have to change our views.

And as I’m out there writing under my own name, I will have to cop it if I’m wrong. But all the twitter experts who gutlessly pass nasty comments under a pathetic code name, will get off scott-free!

But I guess that’s the nature of all keyboard warriors. I want the doomsday merchants to be wrong so we don’t see a recession, long queues of unemployed Australians and bankrupt businesses. I don’t want average Aussies to feel that their ‘castle’ has been excessively devalued. That’s why I think it’s worthwhile telling as many people as possible that the majority of smart people roll their eyes when they see a scary newspaper headline on collapsing house prices.

Like me, I know it could happen, but right now the majority don’t expect it will. And believe it or not, that actually is a news story because very few people in the media are telling it!

This should bring out all the nasty tweeters who somehow think they’re 100% right and everybody else has some vested interest to peddle a false “we might not be ruined” story.