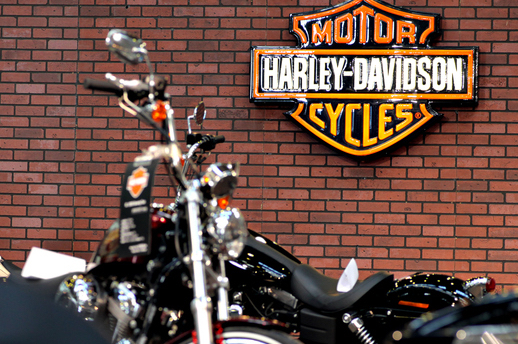 The trade war cost on US cars could trump Trump!

As the trade war deadline of July looms, the stock market gets more jumpy in the USA, and the movement of the most watched Index in the world – the Dow Jones — is charting this jumpiness. Overnight, the Dow was up 285 points at one stage but finished in the red, with tech companies and financials feeling the heat of the uncertainty created by this very unique US President, Donald Trump.

The big story to kick off the week was that very US company Harley Davidson deciding to make some of its bikes in countries outside of the USA to avoid the EU’s retaliatory tariffs.

This is how the UK’s Guardian reported the story: “In a stock market filing, the company said the EU’s reaction to Donald Trump’s steel tariffs, which will add $2,200 (£1,657) to the average cost of a motorcycle exported from the US to Europe, will result in up to $100 million of extra charges over the next couple of years.”

This riled Donald who tweeted as a consequence and this is what he said: “Surprised that Harley-Davidson, of all companies, would be the
first to wave the White Flag. I fought hard for them and ultimately they will not pay tariffs selling into the E.U., which has hurt us badly on trade, down $151 billion. Taxes just a Harley excuse - be patient!”

Clearly, Donald is saying he thinks his strongarm tactics will work and a tariff war will be averted but anyone planning for a business like Harley Davidson can’t roll the dice with a former casino owner, now President, who plays international politics like no other US President in recent history!

There were some odd ones in the 1800s who believed there were Indians to kill, railways to be built and robber baron entrepreneurs to help, but Donald is a modern-day innovation for the Presidency.

However, his biggest test on his tariff play could be if he fails. And the USA, a country of people who possibly love their cars the most, will have a real life car crash with the price effects of this possible tariff war.

Toyota, a company not to be individually singled out by the Trump tariffs like the EU manufacturers, says even the Camry made in Georgetown, Kentucky, will rise in price by $1800 if the tariffs — in the USA and the EU — go ahead!
But wait, there’s more. And it doesn’t make pretty reading for Donald and his US car-buying supporters.

The Alliance of Auto Manufacturers (AAM) says tariffs between 20-25% will raise the price of a car sold in the US on average by $5,800 and this is where the average cost of a new car is $32,000 (because the higher priced cars drag up the cheaper priced ones).

The AAM predicts the drop in sales could be within a range of one to two million vehicles, leading to job losses of around 195,000 workers! And this comes with US carmakers profitability being at a post-GFC high.

Explaining why a locally made US car like Toyota’s Camry would be $1,800 dearer, industry experts say the consequence of this potential trade war would mean the global supply chain of car parts will become more expensive, so here in Australia we will be an accidental victim with our car prices affected too!

The Germans will really feel a 25% tariff, with sales last year in the US coming in at 499,000, which might be one reason why Donald thinks he has leverage with his possible bluff play that he thinks will pay off.

I think a very interesting point seems to be lost in this Trump tariff play: US car profits are at record highs, despite the seemingly unfair obstacles that foreign producers put in the way of US car manufacturers.

And this has been the lesson I’ve been taught about lower trade protection, which has happened here since the late 1980s. The gains outweigh the losses, which in large part explains why our economy has grown for nearly 27 years without a technical recession.

GM’s share price has dropped 10% since June 11 but this will be nothing compared to what will happen if a trade war commences next month.

Donald is the media gift that keeps on giving but he’s not good for any investor with a dicky ticker!

One last point on the impact of Donald, his tariff talk and the stock market; CNBC looked at the 1% plus down days since tariffs were in the news and of the 17 there were eight days when tariff headlines dominated, and the Dow losses added up to 3,258 points.
On the other hand, with the 19 up-days when the market rose 1% or more, positive trade news led the headlines on five occasions and the Dow gained in total 2,122.

Clearly, a trade war in July will shock the market, while an end to hostilities should be a great shot in the arm for US stocks. In all likelihood, our market will benefit.