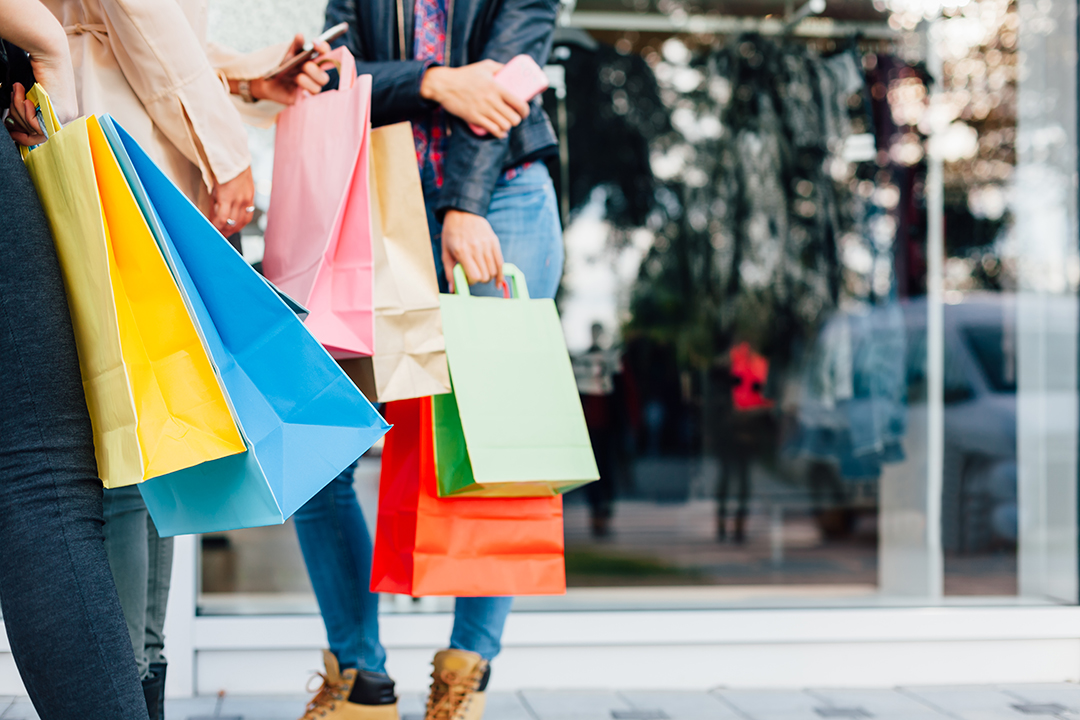 The retail empire strikes back!

My reinforced lesson of the week is that if you’re not on the cutting edge of change, well, you’re stuffed! And if you don’t work out how to communicate in this changing world, why someone should buy from you, hire you, work with you or even just plain listen to you (which I think has to be important for the world of struggling politicians), then don’t expect too much success.

At a time when the world of retail is under enormous challenges from a slow growth wage world and the internet is delivering a world of rivals online, as well as a powerful group of these overseas retailers (such as H&M, Zara and Aldi) is actually invading our shores, we learnt that the consumer is failing to get excited by interest rate and tax cuts.

The weekly ANZ-Roy Morgan consumer confidence rating fell by 1.1% to 110.4 points. The sentiment reading is below the average of 114.4 points held since 2014 and the longer term average of 113.1 points since 1990.To steal one of the best ads of all time, we might say: “Not happy Josh and Scott. Not happy.”

Already this week I’ve pondered why I’m doing the job of looking for the good stuff on the economy, when it should be the nation’s leaders doing that and letting us know.

Who’s advising these guys? I hate to reveal this to friends and foes but I actually like Bill Shorten but whoever he took advice from needs to be sent to Coventry for their dumb efforts!

These guys have communication problems but one ‘progressive’ Labor pollie is going up the learning curve. Labor’s smart young federal MP, Clare O’Neil, admitted in a speech that many of her team sounded sanctimonious and too politically correct to voters at the May 18 election and that as progressives, they got it wrong.

This admission comes as former US President Barack Obama basically called out the “call out collective”, who try to shout down contrarians on Twitter and other social media platforms, stifling debate and name-calling dissenters like we did when we were dumb kids in the playground. (My insults not his but Barack did a good job arguing the case for listening to alternative arguments and sensibly engaging in debate to try and change minds.)

One industry embracing a changing world is our retail sector, as I learnt this week when MC’ing the Australian Retailers Association C-Suite Conference, which had some of the country’s best retailers in attendance. The day not only came with insights (that I’d like to share with you) about how we shop but we learnt that the ARA had attracted some our biggest retailers from the National Retailers Association.

This is how The Australian’s Eli Greenblat saw it:

“Some of the nation’s biggest retailers — including Bunnings, Dymocks, Woolworths, Chemist Warehouse, JB Hi-Fi and The Good Guys — have jumped ship to retail sector peak body the Australian Retailers Association, after years of frustration trying to merge other industry groups into a single voice for the $325bn sector.”

This step towards unity makes sense, with retail challenged by so many new age forces. Google’s Renee Gamble told the conference about how we consumers have become harder to sell to, as we’ve all become research experts before we decide to buy. That said, the act of research actually makes us bigger spenders and that’s a lesson all small, struggling, digitally-weak retailers need to learn.

Here are some knock out facts about us from Google’s

• The impact of the new shopping world means 85% of shoppers admit to be less impulsive when they shop.

• 84% of us research online before buying.

• 74% of us research online before going to a shop.

• Only 37% of us dinosaurs go straight to the shop when we want to buy!

• And even 2 out of 3 alcohol shoppers research before buying!

• Surveys conducted by Google found a typical young woman could have 80 research-related touchpoints before she bought laundry detergent. She wanted to know about toxicity, price, alternatives and so on, such that she was taken to 80 different locations on the Net!

• A headphone buyer went to 400 different touchpoints, which shows what a retailer is competing with in the age of the over-informed consumer.

• And if you want to understand the pervasiveness of Amazon, Gamble said in the US, 49% of product-targeted shoppers start their research at Amazon!

• And a new and growing trend is called “visual search”, where you, say, drink a great bottle of wine at a restaurant, take a pic on your phone and Google tells you where you can buy it!

These are all great for the shopper but it puts pressure on small retailers to digitally compete or else start pulling down the shutters.

As someone in business (and yes, I’m in retail as we sell magazines like RUSSH and books like Join the Rich Club on our online book store — www.switzerstore.com.au) I realise you have to accommodate the new age shopper. This potential customer won’t shop till they drop nowadays, especially around Christmas time. But they will go Googling and Yahooing until they’re ready to part with their dollars. And you have to provide the stuff that researching shoppers want and expect before they support you.

There’s a big lesson here, not just for retailers but also for politicians from London to Washington to Hong Kong to Canberra — not only must you communicate with your constituency, you also have to have something real to sell because we’re talking about a really tough audience out there!