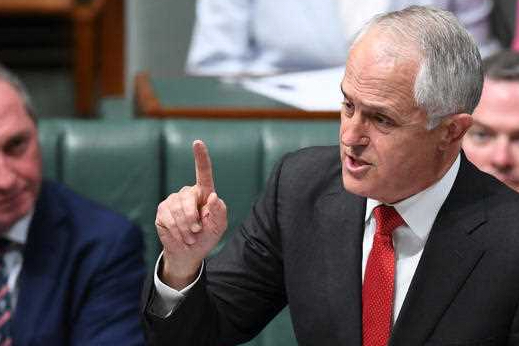 The PM bullying a CEO - let's rethink the bullying for OK reasons!

I think bullying has been given a bad wrap. In principle bullying sounds bad, but if it’s for good or beneficial reasons, it deserves to be evaluated, objectively.

Some might think this is my crazy piece of analysis, after I heard Hunter MP Joel Fitzgibbon argue that the Prime Minister was bullying the AGL boss, Andrew Vesey.

The PM wants AGL to keep the plant open for at least another five years, or sell it to another company like Delta Energy Systems, which is open to buying it.

The whole battle between Malcolm Turnbull and the CEO of AGL has taken on some weird tones, especially by the likes of the ABC. And I guess it’s because Andrew is looking like a champion of the environment because he wants to close down his coal-using power generation unit in the Hunter in five years’ time.

Tone? Well, yes. And it shows in this sentence from the ABC website: “Malcolm Turnbull summoned Mr Vesey to Canberra for a meeting on Monday over AGL's plan to close the Liddell power plant in 2022.”

The likes of the ABC, which I incidentally love but don’t always agree with its tone, delights when bank CEOs are summoned to be bullied by the PM or Parliament but somehow some great injustice happens when the AGL boss is asked to meet this country’s leader.

It might be me but if I was a mad environmentalist, then a coal-using CEO might be more ‘criminal’ than a banking CEO but it must be our near-genetic commitment to bank bashing that has really taken bullying to a nationally significant level.

I laughed when I heard my old mate Joel accuse Malcolm of bullying Andrew Vesey and thought of the groups that Labor has bullied in the past, for what they’d argue are good reasons.

They bullied small business owners to pay big penalty rates for working on Sundays and public holidays. For a century they bullied businesses against Sunday trading.

And as a country, we have bullied people to go to war, for what looked like good reasons and we have a whole range of ‘bullying’ laws to stop free-wheeling entrepreneurs exercising their commercial rights at the expense of our collective rights.

We stop pollution of our rivers and beaches by bullying companies to be good corporate citizens.

Yep, bullying has been give a bad wrap by those who currently look at all politically sensitive issues and rule whether debate is possible.

There are actually bullies who are out there stopping bullying, which can be a good and bad thing.

This country has a power problem and that’s why a natural greenie like the PM wants to keep Liddell open until we sort out a power system that’s predicted to produce blackouts in January next year!

If Andrew Vesey wants to stick to his newfound marketing plan for AGL to become a clean provider of energy, then he should be allowed to, but his board has an imperative to sell it because they legally owe it to their owners — the shareholders.

Andrew can be a good environmental citizen, which will be good for his business’s brand, in some quarters, but he also knows he can raise prices to pay for his goodness.

The price of power isn’t the number one huge political issue, it’s an economic and social problem.

Families have shivered through winter with one of the worst flu seasons on record, so some people have died because power prices have made them make bad life choices. Many small businesses have seen their profits ripped off them via ridiculous spikes in their power bills. And this is happening

in a country where we actually have an energy competitive advantage!

In July, the ABC itself reported: “Victorian businesses are struggling to cope with their power bills, with new analysis showing wholesale prices in the state have more than tripled since 2015.”

Prices are at a 19-year high and that’s the time the National Electricity Market has been in place and the impost on business cannot be ignored by anyone let alone the Prime Minister.

The ABC in the same story: “The Wilson Transformer Company, which manufactures electricity distribution and power transformers for coal, gas, solar and wind projects at two factories at Glen Waverley and Wodonga, said its electricity costs rose by 83 per cent this month to $1.5 million for the financial year. The company's executive chairman, Robert Wilson, said the increase would shave about $700,000 off the company's bottom line.”

This is crazy when we are an energy exporter. In Abu Dhabi, the price of petrol is about 55 cents a litre because that’s what they have in their ground, while we’re paying around $1.30!

In the past, governments have ignored the potential for these high costs of power to come home to haunt business, and someone like the PM needs to right those wrongs.

I like the idea of a parent bullying their kids to make them close down their computers and smart phones to make them read books. I like police bullying drunks to go home instead of getting into fights and killing people with coward punches. My pacifist wife even bullies my elderly mother to make her eat so she won’t starve to death.

It makes perfect sense to exploit all sources of renewable energy but not to the extent that we do it when we aren’t equipped to do it economically and sensibly.

Previous governments have approached the transition from dirty to cleaner energy supply in a half-arsed, appealing to vested politically-influential groups way, but the economics and efficiency issues were ignored and poorer Australians are paying the price.

Malcolm has been accused of being a bully in his younger days when he found it hard to suffer fools, so given the importance of this power problem, I think he should be able to revisit some of his old ways.

And I reckon some new age parents with new age problems - called their children, could learn a thing or two about what might be labeled “benevolent bullying.”

By the way, I think the country has been waiting for a leader who can occasionally throw the switch to bully for perfectly positive reasons. John Howard did it with the guns buyback move and the GST and he won more friends than he lost. And Paul Keating did it with tax reform, which took away tax-deductible lunches and it didn’t stop him from being voted in as PM.