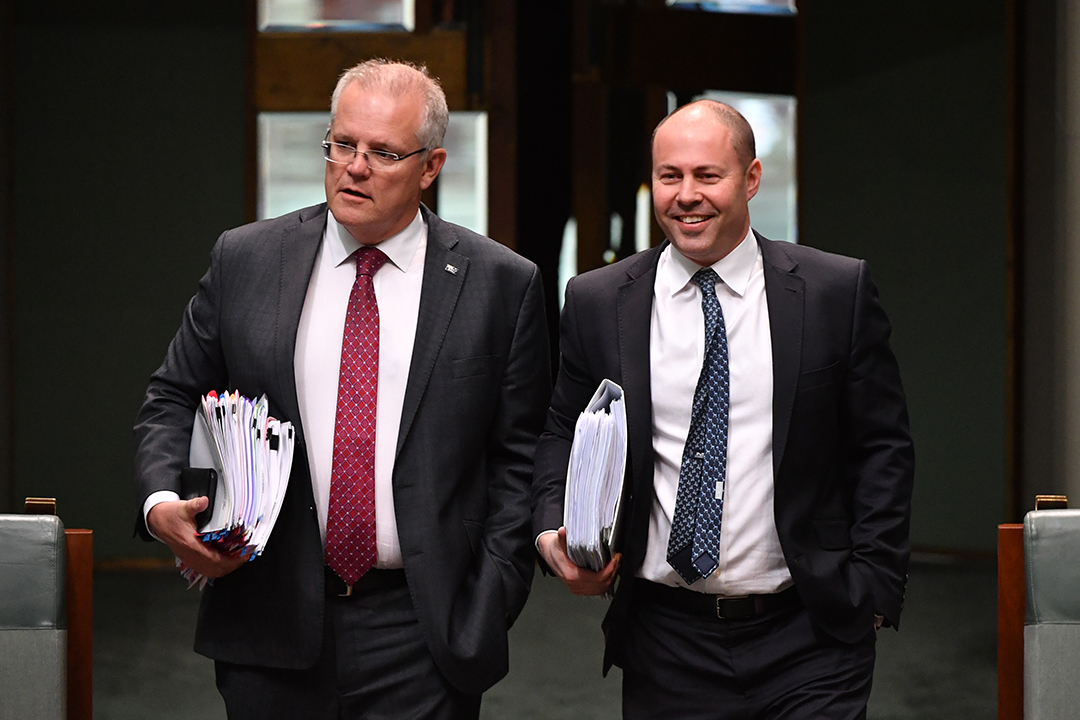 The PM and the Treasurer need to act

My army of tweeters with a negative inclination (I’m not rude enough to call them twits) got excited about someone on Twitter taking the hypothetical view about three months of bad employment numbers and what that might do to the “she’ll be right” expectation on the Oz economy.

History has shown I’m currently more on the “she’ll be right” side of the argument but I’m worried enough to tell my ex-student and his economic sidekick leading this economy’s future that Labor’s suggestion of bringing forward the future tax cuts is a good idea.

I sided with Labor in 2008 and 2009 when my mate Joe Hockey (in the role of Shadow Treasurer) railed against Wayne Swan’s spend to prosper budget strategy. Joe wanted quality spending, such as new hospitals, roads, etc. (which ordinarily has merit that I’d cheer for) but our economy was poised to nosedive into recession, so a quick injection of dough in the pockets of spenders was what the doctor ordered.

Joe’s treatment for an economy facing recession that could’ve morphed into a Great Depression was like seeing an overweight guy collapse with a heart attack at the MCG and someone in the crowd yells out: “Put him on a low-fat diet!” Mouth-to-mouth and heart massage would be more appropriate until the ambulance arrives.

In this GFC case, the ‘doctor’ doing the ordering was not really Swanny but his Treasury Secretary, Ken Henry, who, like me, threw out his respect for supply-side economics, when it’s appropriate, for good old Keynesian demand-side, pumping up the wheels of the economy by getting consumers and business spending.

We’re now not in as a precarious position as 2008 with the GFC but there is another history lesson Josh and Scott should heed.

Their spiritual godfather and one of this country’s most economically literate politicians in John Howard screwed up as Treasurer under Malcolm Fraser in the early 1980s by aiming for a responsible budget surplus just as the economy was about to slip into recession.

It was a case of the right policy at the wrong time. And as the economy went deeper into recession, tax collections fell and dole payments rose and along came an unwanted, big budget deficit.

This paved the way for Bob Hawke and his eager beaver Treasurer-in-waiting, Paul Keating, to win the 1983 election – and the rest was history. And it’s in this context I hope Josh and Scott took a few units of economic history when they were at uni!

With this little historical story context recapped, let’s look at the latest economic readings to see how likely three months of bad employment numbers might be.

Let’s start with the bad stuff:

• Our biggest trading partner China grew at 6%, which was worse than expected.

• Global forecasts from the IMF are the lowest in a decade.

• The Westpac/Melbourne Institute survey of consumer sentiment index fell by 5.5% to 92.8 points in October – the lowest level since July 2015. Consumer sentiment is below the longer-term average of 101.5 points. A reading below 100 points denotes pessimism.

• The 12-month moving average of the NAB profitability index fell to a 5-year low of +2.1 points in September, down from +3.5 points in August. The long-term average is +4.6 points.

• The value of loans to businesses fell by 2.1% in August.

• The lift in the CBS’s retail spending intentions in August was reversed in September.

Now for the good stuff:

• Unemployment fell from 5.3% in August in seasonally adjusted terms to 5.2% in September.

•  Lending to households rose by 3.2% in August after a 4.3% lift in July. It was the biggest back-to-back increase in household lending in a decade.

• The number of dwelling starts rose by 1.1% in the June quarter – the first increase since December 2017.

• ANZ job advertisements rose by 0.3% in September after falling by 2.6% in August.

• The CBA’s home buying intentions readings are holding at the high end of the range.

Taking in this extensive range of stats, I think the Oz economy could go either way to higher growth (as the IMF, Treasury, the RBA and most economists expect) or could slip into recession in 2020 or 2021.

The big swing factor is Donald Trump and his trade war. If a trade deal phase one is signed in Chile around November 15-17 at the APEC meeting, then I’d expect a confidence rebound to take us away from a recession outcome. But if talks and a trade truce fail, I’d go negative.

A lot of local economic data is crook-looking, if you look at the annual data. But the most recent suggests improvement is likely. For example, the latest job ads figure was 0.3% in September but was down 10% for the year. The same applies to dwelling starts and loans to households, which would be bad on an annual basis but good on the most recent readings, suggesting a turning point to the positive is believable.

And I liked this from CommSec’s Craig James on do lower interest rates work?“Do lower interest rates still work in stimulating loan activity?” he asked. “The answer is a resounding ‘yes’ – if we’re talking about home loans. Investors and homeowners alike were active in taking out more loans in August, as well as taking out bigger loans. And this follows solid gains in July. In fact, household loans (including the weak personal loan segment) have recorded the biggest back-to-back increases in a decade – a gain of 7.5% in the value of loans.”

If Donald doesn’t sustain trade war anxiety, we just might dodge a recession bullet, so I’m hoping the Trump economics team are telling the US President this as well!