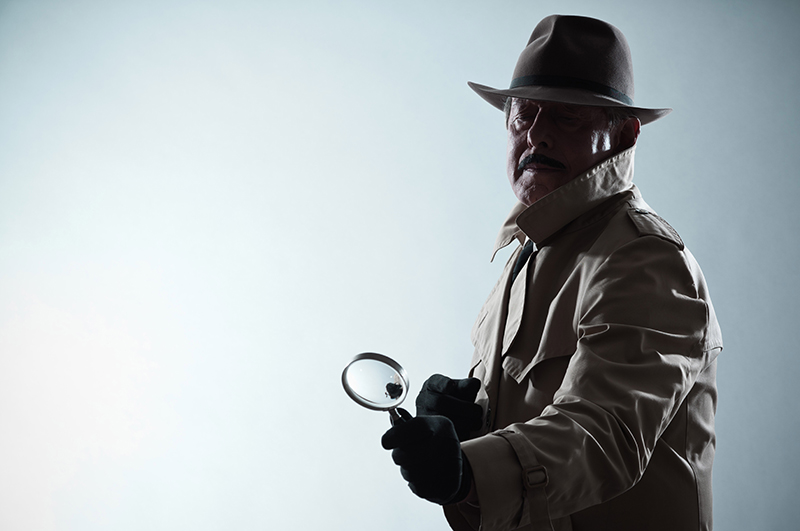 The mysterious case of the confusing Aussie economy

The mysterious case of the confusing Aussie economy continues with the latest jobs report, and you might have to be an economist of Inspector Poirot proportions to work out what’s really going on!

This isn’t just an economic challenge for the earnest group called economists, as assessing the employment story against the promising spike in business confidence on Tuesday against the disappointing consumer confidence reading on Wednesday, will have a big bearing on what happens to interest rates, and when.

In case you missed it, employment rose for the 12th straight month, up by 42,300 in May, after a revised 43,100 increase in jobs in April (previously reported as a 28,400 increase in jobs). Full-time jobs rose by 2,400, which wasn’t great, but part-time jobs rose by 39,800. And you have to remember, this was the election month when Bill Shorten was promising to raise wages, KO retirees and make life difficult for property investors.

And by the way, economists were only tipping an increase in total jobs of around 15,000, so this allegedly weak economy is doing some pretty heavy lifting in the all-important jobs market.

The unemployment rate stayed locked in at 5.2% and the main reason this number didn’t fall was because the participation rate rose, meaning more Aussie would-be workers were out there looking for work. Historically, this is seen as a positive sign for an economy and it makes you wonder why consumers drove their confidence readings from 101.3 to 100.7 following the interest rate cut on June 4. I pointed out

yesterday that after the ScoMo win, the Westpac gauge of consumer sentiment shot up to 106.8, against a reading of  only 101.3 in May. However, after June 4, the respondents’ confidence slumped to 95.5, which left the reading for the month at a lower 100.7.

I thought the reason might have been linked to the low and slow 1.8% economic growth we saw reported last week for the March quarter, but with the job market accommodating 42,300 new workers over a month, it’s hard to be squealing that this economy of ours is on death row.

This week’s summary is:

• Business conditions says businesses weren’t happy with business life in May but elections and a slowing economy can do that.

• Business confidence about a new Coalition Government shot up, with the Westpac reading surging from 0 to 7, which was the biggest jump in six years and the highest reading in 10 months.

• Consumers were de-vibed after the rate cut and poor growth number, possibly because they were worried about their jobs; but

• However, against this negative about a positive growth in jobs, economists had tipped an increase of only around 15,000 and April’s employment figure was upgraded from 28,400 to 43,100, so reality looks more rosy than the forecasts.

Summing up the week, you’d have to say the fact that business is gaining confidence and they’re hiring has to make you more positive about the future than negative. On top of that, the most recent take on investment plans was the biggest reading in seven years, while the Australian Industry Group’s (AiG) Performance of Services Index (PSI) rose by 6 points to 52.5 points in May, which is the biggest increase since December 2016 and the highest level in six months. (A reading above 50 indicates an expansion of services sector activity.)

Consumer confidence can turn on a dime and those job numbers could help improve the positivity of those Aussies who go shopping and turn their feelings about their economic future into real sales to push along economic growth and help create jobs.

I’m no Hercule Poirot, who Agatha Christie deemed to have powers of deduction beyond those of a normal plod, but piecing together the economic evidence and the intent of the Morrison Government with their tax cuts and infrastructure spending, helped by another interest rate cut, a lower dollar and a global economy where central banks are prepared to stimulate, makes me err on the side of positivity when it comes to our economic outlook.

That said, the last thing we need is this trade war ‘ducks and drakes’ battle between Donald Trump and Xi Jinping to drag on much longer. This is a key cause of the global economic slowdown and if it’s not soon addressed, it could make me look like a real plod when it comes to tipping the fate of the Aussie economy.