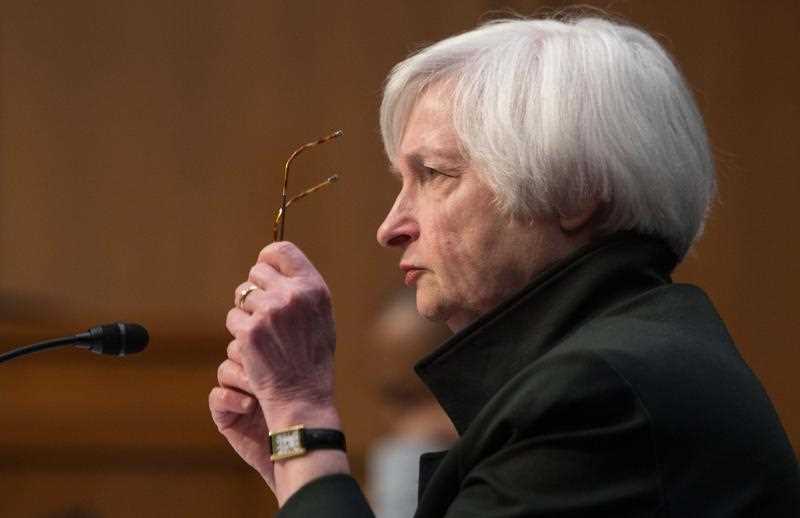 The market is not always right. It's not now!

I got up before 5am because I wanted to hear the most important woman in the world speak. No it wasn’t Hilary Clinton or Kim Kardashian. It was Janet Yellen.

In case you missed her prominence, Yellen is the Chair of the Federal Reserve — the US central bank and she gave testimony on Capitol Hill in Washington overnight. Every word she uttered was watched by every financial market analyst that fund managers and influential investors, as well as speculators, depend on, if they don’t rely on their own judgment.

Janet Yellen is a gracious and intelligent person, who has one of the most important jobs in the world. Craziness by financial institutions and slack work by debt ratings agencies created the GFC and put us on the road to a Great Depression Mk II. Governments and central banks have been given the tough job to fix things up.

It could be argued that both these bodies were asleep at the wheel and allowed stupid loans and related investment products to develop in the US. However, given the damage was done, the solution we’ve lived with since 2008 has been excruciatingly slow but better than a Great Depression!

That’s the payoff for believing in stocks and for that matter me, as I was out there pleading with people to believe in good quality, dividend-paying stocks, despite their bad performance over 2008 and early 2009.

Timing the market is damn hard. If you want to try that, you turn from being an investor to a punter!

A study in 1972 by Professor William Sharpe of Stanford University basically confirmed that if you changed your investments annually, based on current market perceptions, you’d have to be right 70% of the time to increase your portfolio’s value.

Number crunchers have looked at what you would’ve received, if you remained fully invested between 1979 and 2006. The average per annum return was 11.4%.  However, if you were playing the ‘in and out’ game and you missed the 10 best days, your return dropped to 9%! If you missed the best 40 days, the return plummeted to a tick over 5%!

By playing the long game, you saw a return from shares around 11%. However, if you tried to time the market and missed some of the big days on the stock market, which often happen when investors get fed up and run to cash, your returns fell markedly. The conclusion was that ‘time in the market’ is better than trying to time the market.

Sure, having a good starting point, such as March 2009, is better for your returns but getting in and out is a recipe for disaster, unless you’re a good punter.

I like the core of my portfolio to be solid companies that I can stick to solidly. And I want them to return me good dividends. Then, maybe for 10% of my portfolio, I try to get some real alpha returns. That’s why some of my experts who write in the Switzer Super Report and appear on my TV show are so valuable to me.

A colleague of mine, who hated property and always bought dividend stocks his whole life, retired with $5 million in his SMSF, with a yield of about 10%.

He bought great quality companies that pay dividends at times when everyone was scared.

I think the market is wrong betting on an upcoming recession and so does Janet Yellen. Of course, I could be wrong. However, I won’t be wrong by buying quality companies for the long run that pay good dividends.