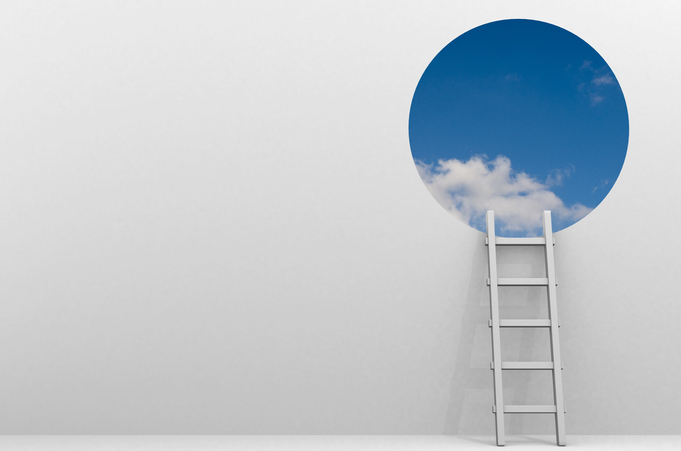 Overnight, the Dow Jones Industrial Average, the famous stock market index, went into never before territory beating the 23,000 mark. It comes around the same time of year this very index crashed on Monday October 18, 1987 scaring the world into fears of another Great Depression but the ill-winds that came out that world-scaring event ended up being the crash I had to have!

Let me relive that time briefly as some market watchers wonder if Wall Street can continue to defy gravity, as stocks creep higher every day.

Our crash was October 19. For the Yanks, it was Black Monday. For us, it was Black Tuesday and it’s a Tuesday I’ll never forget. Panic reigned on the local stock market and ABC TV decided to lengthen their Richard Carleton- Max Walsh program, nicknamed the Car Wash Report. We were so scared that the program was extended by an hour, if I recall correctly, and gee, the ABC was great in those days!

I’d been making a radio documentary with the pioneer of FM radio news, “the mighty whitey” David White. He was a former 2SM Good Guy, turned news junkie and he knew news for FM radio had to suit the format.

His three-hour radio doco was called “Are We Living on Borrowed Time?” and he had interviews from really smart people broken up by great songs, such as Money by Pink Floyd and Simply Red’s Money’s Too Tight to Mention and so on. Gee, FM radio was great then!

I was teaching economics at the University of New South Wales at the time and had a Wednesday column in the Daily Telegraph, which followed me putting together an HSC Supplement for the newspaper in previous years, where I wrote the economics stuff.

Gee newspapers were great then!

I was an economist, which I still reckon I am today, but I only had a cursory interest in stocks, in so much as the market affected the economy. In the previous year, I’d decided to read everything on business/markets I could get my hands on and was on a steep learning curve.
In those days, the AFR was the business bible so when David White rang me at home at 5am on the Wednesday to get me to explain to listeners what had just happened, I realised I’d left my copy of the AFR at uni!

So my first recorded piece to an audience in Sydney, where Doug Mulray had something like a 25% share of the market, was based on what I’d read the previous day. At least I knew why the Yanks had sold off on Monday their time — that was in a Tuesday newspaper.

After my first grab was recorded for the early news, I sprinted to the newsagent’s — we lived in Paddington in Sydney so the guy was open super early! Gees, news agencies were great then!

By 6am, I’d digested enough to be an instant expert but this whole experience changed me forever!

It changed Australia too, with our stock market losing 41% in the month of October. It was the day the Dow had its biggest ever one-day slump of 25%!

Out of all this, famous entrepreneurs like Alan Bond and Christopher Skase were shown they were wearing precious little when the ‘tide’ went out. And Westpac nearly became a spent force, becoming a takeover tussle between Kerry Packer and AMP. Eventually the crash led to a recession where unemployment went over 10% in the early 1990s.

It can take time but the consequences of market crashes can hang around longer than many expect. Stock markets can rebound pretty quickly after a crash, which we saw in 2009 and which I’d been predicting based on my lessons from 1987. History can be a good tutor on many of these subjects and it often works out, provided the crash doesn’t create a Great Depression.

You don’t easily see crashes coming because we can get blinded by all the positive stuff. I’ve learnt to look for screwy things happening in foreign exchange markets but trying to work out when a stock market might crash is a very tricky task to master.

My consensus of the smart people I trust as good judges, which I’ve collected since October 1987, who have helped my media exploits, my own investments and the growth of my financial services company, makes me think we have time on our side when it comes to stocks.

Donald Trump has to get a tax win before year’s end and China, which is now holding its National Congress, has to keep growing better than its doubters have been predicting. If this persists, with the world economy tipped by the IMF to grow faster next year, then I’m good with stocks in 2018 but I’ll be looking for signs that this bull market is running out of steam.

I always argue that when crashes happen, the world wants to listen to people with grey hair or no hair but I got away with it in 1987!

That said, the fear that this crash generated made me know that I needed to change my educative ways to help people understand money and to learn how to invest in quality assets to build wealth.

It’s been a great journey and became the basis for our business that now straddles a listed fund (SWTZ), financial planning, accounting and websites like Switzer Daily. We even own a cool fashion magazine called Russh!

And we have more than 60 staff and key partners and contractors, who help us make it happen.

It has changed my life from being an academic to being what I am today.

Yep, it was the crash I had to have. I hope you all get a crash opportunity in your lives but let me say, it didn’t come to me by pure chance. I had to put myself in the way of opportunity and that’s a big part of the success story. Work out what you want. Determine the price you have to pay and pay the price.