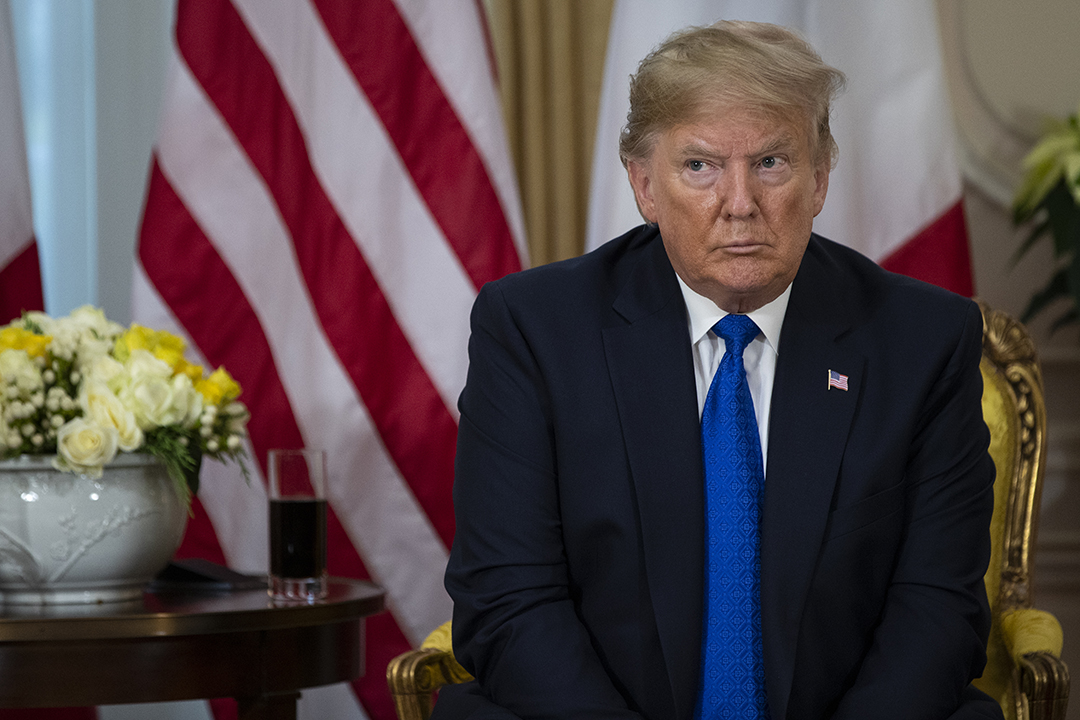 The mad king is poking the China bear, again

Two down days on the US stock market has to be making some influential investors and institutions ask whether it’s time for a more sensible and reliable Donald Trump. Yep, he’s not only up to his old tricks of poking the China bear on the trade deal but he sticking it to France now with tariff threats, only one day after threatening to do the same to Argentina and Brazil.

And Trump’s tariffing torture and teasing is a negative input into markets and economies just when it’s not needed.

Some grown-ups in the USA have to start agitating for the Democrats to produce a genuine rival for the US President or else predictions of a financial tsunami coming to an economy near you might turn out to be accurate.

Right now I’m still on the side of the argument that economies and stock markets will muddle through the testing times out there for global economies. But that cautious optimistic view rested on the belief that a trade deal happens before Christmas, helping to power a typical Santa Claus rally. That then would set us up for a year where business decision-makers have less fear about a Trump trade war and a slowing economy, which would bring forth business investment, greater production and jobs growth in most economies worldwide.

However, the Art of the Deal guy (i.e. Donald Trump) continues to play his negotiations in public and on Twitter and his latest targeted remarks are spooking stock players.

Overnight, his newly created headline has taken the Dow Jones Index down over 400 points at one stage and given our S&P/ASX 200 Index was down 150 points or a tick over 2%, this news from Wall Street won’t be great for our market today.

So what did he say and why has it been so impactful?

Firstly, he mused the following out loud: “In some ways, I like the idea of waiting until after the election for the China deal but they want a deal now.”

Second, this followed threats to slam tariffs on Brazil and Argentina for their steel and aluminium products sold into the US. And third, this came as the guy who occasionally acts like the “Mad King” from the Game of Thrones TV show, is now talking about tariffs of up to 100% on high-end French products such as wine, cheese and luxury products as a get-even on a digital tax imposed on the likes of Amazon in France!

As the President told reporters, he’d prefer to tax US companies and his tax on French products is tipped to raise $100 billion but it’s the messaging to business of all this tariff madness that could create the financial Armageddon that doomsday merchants are praying for.

It’s noticeable that the same people who prayed for a 40% fall in house prices and who piled into me on Twitter whenever I said or found credible experts who doubted the magnitude of the fall, are now hoping and praying that a real financial tsunami arrives in 2020. These people know that a real financial collapse created by the economic negatives from the trade war and which has forced central banks to compensate with ridiculously low interest rates, helps them be right with their scary predictions. They are a strange lot hoping for a clean out of economies that will hurt the people they seemingly think they care about — low wage earners, those who can’t afford a home and so on — but a serious recession will kill jobs, hopes and aspirations of all and sundry.

I currently doubt these Pol Pot dreamers, who want our economy to go to ground zero to teach speculators, investors and capitalists a lesson. But if Donald keeps up his political grandstanding to build up his pre-election support he could cook the confidence of business, which will ultimately hurt his best economic asset — the strong US consumer!

Yep, this tariff talk this week is grandstanding and while there could be a decent reason to send out frighteners to the French, the Argentinians and the Brazilians, this isn’t the time.

Be clear on this: a trade deal before Christmas and before December 15 would be ideal because that’s when a new round of tariffs on China is supposed to kick in. These are tricky times and I hope we’re being played by the ‘king’ of negotiations with these new tariff threats. But you have to know that there is a history of mid-December sell offs for the US stock market. So if we see no deal and new tariffs are delivered on December 15 on China, I’d tip a big sell off of stocks on the pure disappointment that what was expected (no new tariffs and a trade deal) by the market is now out the door!

I know I’ve practised tolerance towards Donald Trump because he has done some good things, driven by his guts and his excessive self-belief but he does test my tolerance.

Sticking it to China for their unfair trade and business practices was overdue but the trade war has created confidence problems for big business investment decision-makers in the US and worldwide, including here.

Ironically, the trade war has helped our balance of payments and exports. This is what CommSec’s Craig James told us on the subject: “The broadest measure of international trade – the current account – was in surplus by $7.9 billion in the September quarter and over the year to September the surplus was a record $3.9 billion.”

However, against that, other local businesses are hesitant to invest, with so many trade and economic curve balls out there right now and many of them have been thrown by Donald J. Trump.

I’m hoping that Donald is telling us the truth when he said of China overnight that “they want a deal now.”

If that proves to be BS, that usual mid-December stock market sell off could be a prelude to something big and scary that only doomsday merchants will be happy about.

And if that happens, someone will have to take out the Mad King, just like they did in the Game of Thrones. But the Democrats will have to find themselves a credible king-slayer ASAP because to date they’ve produced popgun plonkers!