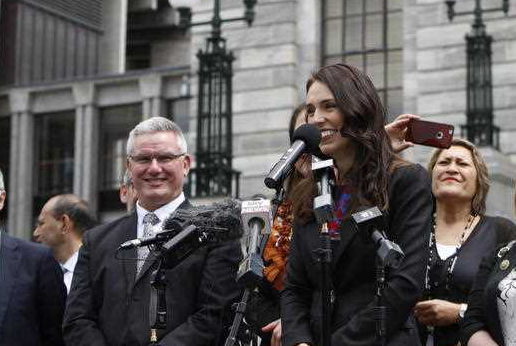 The Kiwis are banning foreigners buying properties. Will we be next?

The Kiwi’s new Labour Government has shown what kind of government it will be, announcing a ban on foreigners buying existing homes.

This was a big news headline story on the US-domiciled CNBC website overnight, which would surprise a country like the USA and even countries in Europe, where lots of Poms, Yanks and Aussies are often invading the property markets of Paris, London, Tuscany, Provence and many other cool and hip hotspots for the aspirational investor, to buy apartments, villas and chateaus.

A TV mate of mine recently bought an apartment in Antibes, which he rents out most of the year but enjoys it for a month a year. But now the Kiwis are saying no more, with the new, young PM, Jacinda Ardern, drawing a line in the sand.

"Our goal and commitment is to ban foreign buyers from the existing housing market," she said. But wait there’s more, the new coalition government is set to cut back on immigration.

Now this sounds pretty lefty but, when you think about it, we too have banned foreigners from buying existing homes. Overseas buyers are free to buy newly-built properties, which is better for the economy than foreigners bidding up local house prices because they’re flushed with funds and the relative exchange rates make Kiwi properties look attractive.

That said, Labor isn’t going to ban property investors from buying existing homes but will take away the negative gearing/tax-deductibility linked to loans on an existing property.

Also, all new property investors under Labor would only get a 25% discount on capital gains for a property after holding it for more than one year. The current discount is 50%.

For us, it would be around $704,000 but the interesting question is: will we Aussies be seen as foreigners?

That’s going to be an intriguing issue because a lot of expats from many countries, including the UK, Canada, the USA and of course China, have bought existing properties because they now live here but they still hold foreign passports!

Effectively, they’ve broken the law, which many wealthy Chinese property buyers have been affected by, but there hasn’t seemed to be any crackdowns on these foreign ex-pats, who own property and who now call Australia home!

Foreign passports have caused enormous problems for our politicians but if the government got serious on the expats, who unknowingly broke the law buying an existing property, then we’d have an interesting property problem.

Labor’s property policies are tougher than the Turnbull Government’s but they recently have attracted support from prominent players in the real estate game.

Both Aussie Home Loans founder John Symond and Stockland CEO, Mark Steinert, have argued that something needs to be done about the appeal of negative gearing for investors.

Wisely, Symond says changes to these tax policies pertaining to the property should come with a wider tax reform package.

"You can very easily say 'Can it be improved?' Yes, it can be. But it's got to be in an orderly way where they tackle the whole of the tax system. It would be a mistake to do it piecemeal. They really do have to bite the bullet - and it includes GST," he told the AFR in March this year.

And this puts the President Trump tax changes into an important light for us here in Australia.

If Donald has a win with his tax plan and Congress gives it the thumbs up, it will lead to tax reform offerings from governments around the world and we’ll get caught up in it.

The next election will be fought on tax reform, where Labor will be portrayed as coming to the poll with a sledgehammer for those who have used the tax system to build above-average wealth. Meanwhile, they will avoid vote losing tax changes that should be looked at.

John Symond might side with Labor on changes to negative gearing that the Coalition has rejected but he argues that “exemptions from GST such as education, health and food have lowered its effectiveness as a revenue-raising measure.”

Symond argues that a large factor in housing affordability was the variety of taxes, such as GST and stamp duty, which pushed land prices higher.

"That's absolutely insane and is what has contributed to inflated housing prices," he told the AFR.

The Kiwis have their Budget strongly in surplus and are tipped to see more surplus in future years. Well, that was the guess made by the former conservative government, but New Zealanders pay tax from the first dollar earned — there’s no tax-free threshold of $18,200, which we see here in Australia. Their GST applies to about 99% of goods and services and there’s no compulsory super. All this largely explains why their Budget is in surplus and explains why ours is deeply in deficit.

We need tax reform to be more than being nice to poorer Australians, which Labor’s changes imply. They need to create incentives so these poorer Aussies see more job opportunities and higher wages.

The tax proposals have to be gutsy, like Paul Keating’s microeconomic reform policies and John Howard’s GST election pitch.

But it’s not going to be easy with the Turnbull Government as popular as a bucket of prawn shells left out in the sun! If this unpopularity doesn’t change soon, a Labor Government locally looks highly likely and investing Australians will have to get used to a tougher environment to build wealth.

By the way, another advantage the Kiwis have over us is that they don’t have a crazy Senate that stops sensible reforms. In fact, they haven’t had an upper house since 1951!