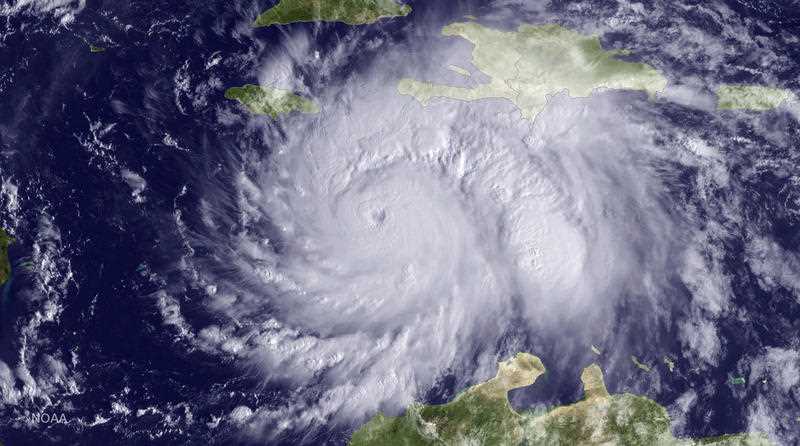 The hurricane that could blow our super away!

Two potential hurricanes are bearing down on the USA. One is called Hurricane Matthew, which is a category-four show and is off the coast of Florida as I write.

The second is ‘Hurricane Jobs’ and it has nothing to do with Apple Jobs, but is a jobs report that could blow some ill winds for stocks, the US economy and Hillary Clinton.

On the other hand, what shows up overnight and what we wake up to tomorrow morning could bring a plethora of good news, which in turn, could whip another howling storm.

Yes I know it’s a little confusing that good news can mean bad news and vice versa, but to comprehend it, you need to know the difference between short-term and long-term effects.

Let me explain and also let me keep this story interesting by suggesting that what your super looks like, when the next recession happens, and whether 2017 is a good or a bad year, could rest on the US job numbers out tonight.

Economists are tipping September brought around 170,000 jobs. A bigger number would be good for Hillary, with unemployment at 4.9% and job openings at a record 5.9 million, which aren’t being filled easily.

However, if the number is a lot less, Donald Trump could easily use this to throw mud at the Democrats economic prowess. A weak jobs number could see the Fed delay the expected December interest rate rise. While this could be good for stocks, Trump will again bag the Democrats-appointed Fed boss, Janet Yellen, and her money policies that have official interest rates close to zero, and maybe negative one day.

And if Donald wins the election, there will be a big stock market sell off, potentially of hurricane proportions, that would even stop our stock market from ending up in positive territory for the year.

At the end of September, the S&P/ASX 200 index was up 2.64%. With dividends added in, we’re up 6.29%. However, Hurricane Donald could wipe those gains out with the US election on November 8. That Grinch, Donald Trump, could even steal our famous Santa Claus rally from us.

This week, two international banks tipped where our stock market will be in 12 months’ time. Morgan Stanley is negative and says the ASX 200 index will be at 5200. As we’re at 5483, they’re tipping a 5.4% loss. Meanwhile, Citi thinks we’ll be at 6000 by the end of 2017, which is a 9.4% gain over 15 months, which is more positive but still pretty conservative. Of course, if you throw in 5% for dividends and franking credits, it’s about a 16% gain, which looks a bit more optimistic.

If Morgan Stanley is right, then the US and the global economy have had to cope with headwinds bordering on a hurricane. So how could that happen?

Trump could be a short-term big wind but I think the market would use his possible Presidency as a sell off first, then a buying opportunity. But the market comeback might be measured and not an excessively enthusiastic thing.

But the hurricane that might really cause some damage could be good news that emanates out of the jobs report in the US tomorrow.

Imagine if there’s a better-than-expected arrival of jobs, say 200,000 or more. Well, this good news could force Wall Street to sell off in advance of the December interest rate rise, which the Fed would have to go through with.

This then could create problems in the bond market that has got used to very-low interest rates, even negative rates!

If the bond markets start to believe that the US economy is so good that interest rates will rise over 2017 faster than is currently expected, then there could be a big sell off of bonds.

Some have called it an implosion for the bond market, which has been in a bubble for some years. We simply don’t know how this could hit and hurt stocks. The Hurricane Jobs could create Hurricane Bond and we could see the stocks’ sky fall in, as the ‘casino royale’ (called Wall Street) deals with the uncertainty of what’s happening in the bond market by selling off.

However, there is an alternative scenario, which I’m punting on: the job numbers are good without being ‘crazy’ great; Hillary wins the election (which is easier said than done and this guess of mine worries me); and then the Fed raises rates in December. In addition, the market sells off for the short-term because of the rate rise, but then concludes that the Fed did this because the US economy looks pretty damn good. Next, we get a Santa Claus rally and our market ends up at 5700, which is a 7.5% gain plus 5% for dividends and franking credits. So let’s call it a 14% gain, which would be great for our super funds.

On November 4, there will be another jobs report for the US election, but experts say that many votes will already be cast. So those numbers tomorrow could be huge for stocks, our super and Hillary as well as Donald!