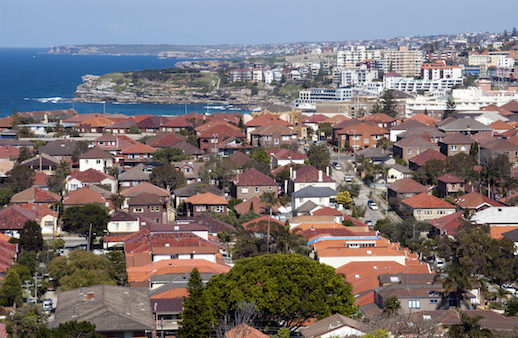 The housing boom is over but don't lose any sleep!

Thank God the housing boom is over. Now alarmists can worry about something else! But for those who have been warning us for about three years that our obsession with buying houses, no matter the price, will end in tears, there doesn’t seem to be a collapse on the horizon.

We’ve had Boston-based hedge fund managers tipping economic Armageddon for our house prices for over three years. Meanwhile, a Pommie economist and a sneaky hedge fund manager, who was shorting bank stocks, pretended to be a gay couple looking for dodgy home loan offerings from mortgage brokers in Sydney’s west.

They tried to say our loan practices were like the US sub-prime ones that created the GFC and was the basis of the film The Big Short.

To date, however, the house price collapse hasn’t showed up, probably because these negative types have got their economic forecasts wrong!

And as a consequence, headlines such as “The Housing Boom is Over!” don’t mean that house price collapses are around the corner. And even if they did fall more than say I expect, that won’t mean life devastation.

In fact, the house price experience going forward could be OK and let me show you why.

First, the Bureau of Statistics yesterday reported that Australian home prices fell by 0.2% in the September quarter to stand 8.3% higher over the year. So, over three months, the fall was 0.3% and yet the gain over the year was still over 8%!

Second, The Age today quotes HSBC economist, Paul Bloxham, who says the house price boom is nearly over but get this: he thinks overall house price growth next year will still be in the low single-digits.

This is a classic soft landing but this expected sedate price rise, rather than a crash, follows five years of double-digit price gains for Sydney and Melbourne. The forever-tipped house price collapse looks underwhelming. It’s akin to how Paul Keating described being beaten up by my old mate Dr. John Hewson: “His performance is like being flogged with a warm lettuce!”

Third, our economy isn’t expected to fall into a hole. In fact, economic growth is tipped to rise from 2.8% — the latest reading — to 3% plus over 2018, which will keep unemployment falling and jobs being created. And wages rises should help sustain consumer/buyer confidence.

A house price collapse needs a serious rise in unemployment, where the over-borrowed can’t make their payments. The next recession could create a bit of that but recessions always do that.

The anti-Aussie housing boom fraternity has tried to say the five years of prices rises would bring big problems but Bloxham wisely argues that we’d have to have a major problem ‘imported’ from overseas that would really hurt the job market. It would be a classic black swan event which, by definition, would be unexpected by most experts.

Like yours truly, Bloxham maintains we’ve seen an overall boom in house prices, not a bubble of bitcoin proportions! Now bitcoin shows us what a bubble looks like but property prices have been a little more controlled.

In recent weeks, I’ve been to three auctions where the sellers didn’t get a bid. In one case, the bidding started via the auctioneer doing an owner’s bid of $3 million. Not one extra bid came from the crowd. And I later learned the owners wanted $3.6 million, even though the advertised price was between $2.7m to $2.9m. How ridiculous — and how wrong.

This wasn’t a price fall. It was the market rejecting a silly price expectation of the owner. It was probably a $3 million home. Most bidders hoped to buy it under that price but a year ago it was probably sellable at $2.7 million. Even auctions with no bids don’t define a house price collapse, unless you’re a hedge fund manager shorting banks by talking to a journalist desperate for a headline story.

This is a better explanation of why the housing market is slowing but not collapsing: “Mr Bloxham said the slowdown in Sydney and Melbourne had been driven by increased supply, higher lending rates for investors and a retreat in foreign demand, which had softened partly due to lending constraints by domestic banks and higher local taxes,” The Age reported.

Maybe it’s the economist in me but I really prefer boring economic stories rather than dramatic scary ones, primarily made up by headline seeking second-raters.

Ouch! Did I say that?