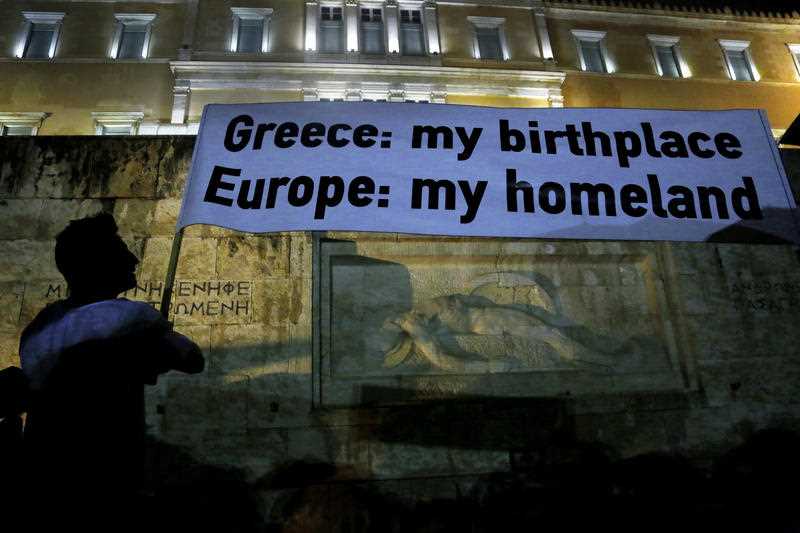 The Greeks' D-Day has arrived, but how did it come to this?

Tuesday was D-Day for the Greeks — default day — and they had until midnight to make their payments but unless something crazy happens, such as Vladimir Putin comes to their rescue (which I doubt), then another dramatic milestone will be passed in this Greek tragedy.

I’m writing this with about 12 hours to go until the default deadline but if the Herald Tribune’s Sotiris Nikas is right, then the Government’s coffers are so empty that it doesn’t “have the money to pay the pensions due today, let alone the IMF.”

By the way, the Greeks not only have to pay back 1.6 billion euros owed to the International Monetary Fund, they also have to pay the Bank of Greece 472 million euros, which has been on the books since 1994! Being the central bank, it has to inform the European Central Bank if the payment doesn’t happen, so we could be talking about a double default.

But it gets worse. If the IMF isn’t paid today, then the European Financial Stability Facility can ask to have back the 141.9 billion worth of loans it has made to Greece.

We’re looking at a house of cards that the Alexis Tsipras-led government now has to cope with. We don’t know what will happen next but the big lenders to Greece could be talking to the Finance Minister Yanis Varoufakis as I write or they could be waiting for the referendum due on Sunday to see if the country votes ‘yes’ to accept the creditors austerity proposals and stick with the euro, or vote ‘no’ to welcome back the drachma along with a brave new world of high inflation, rising unemployment, closed banks, capital controls, very few international lenders and an economy that will have a hell of a lot of problems.

Undoubtedly, the Greeks are their own biggest problem, being arguably the planet’s biggest tax evaders, the once biggest pension payers, close to the world’s greatest hirers of public servants and, as Varoufakis has argued, the great accepter of “cronyism and corruption.”

While I was in Greece I encountered just too many businesses where “the credit card machine was not working” or “the connection was down” and it meant the shop owners would ask “can you pay cash?”.

The number of credit card machines that were broken this week paralleled the length of the lines at ATMs, which by Monday were limiting daily withdrawals to 60 euros!

At least two business owners said they’d love the Germans to come in to sort out the place but they too were tax evaders, so they might not like what a non-Greek would introduce to fix up the place.

A University of Chicago study into Greek tax evasion disputed that it was the domain of the wealthy and said it was more a case of white collar tax dodgers!

The study looked at the income levels of business people, such as lawyers, doctors, accountants and other service providers and found that their stated income pretty well matched their consumer debt levels.

Throw into this historical hotpot of bad tax and other public policies, which included over-investment in the 2004 Olympics, along with governments of second-rate quality, and you have had a ticking time bomb that exploded when the Global Financial Crisis brought on a Great Recession.

But that wasn’t all with this sad story. Then the European Commission, desperate to shore up its Eurozone, lent money to the likes of Greece and then imposed ridiculously tough austerity conditions on a country that thinks it's a good idea to have something like a 13-month pension for some lucky retired public servants.

For the sake of the stock market and the economic recovery of Europe, I’d like to see the Greeks vote ‘yes’ on Sunday, which could trigger more help and maybe less austere proposals from the country’s lenders. However, it could be too late.

I think Greece needs to go its own way. It needs a leader who can help it navigate a life without the euro and maybe Alexis Tsipras might grow in stature and be that man.

The Greeks made this messy bed it lies in, not just when they voted in the very-Left Syriza party, which campaigned on anti-austerity, but when they lived a life for decades that was very different from most successful, first-world economies.

Ironically, its laid back, island mentality and very warm and inviting attitude makes me love holidaying there and it makes me love the Greeks as well. However, as a realist, they need to grow up, economically.

Some Greeks, as I said, want the place to be run by Germans but even these people would be in for a rude shock, because the Greeks have done it differently for a long time but now the credit cards are maxed out and their ‘parents’ have had enough.