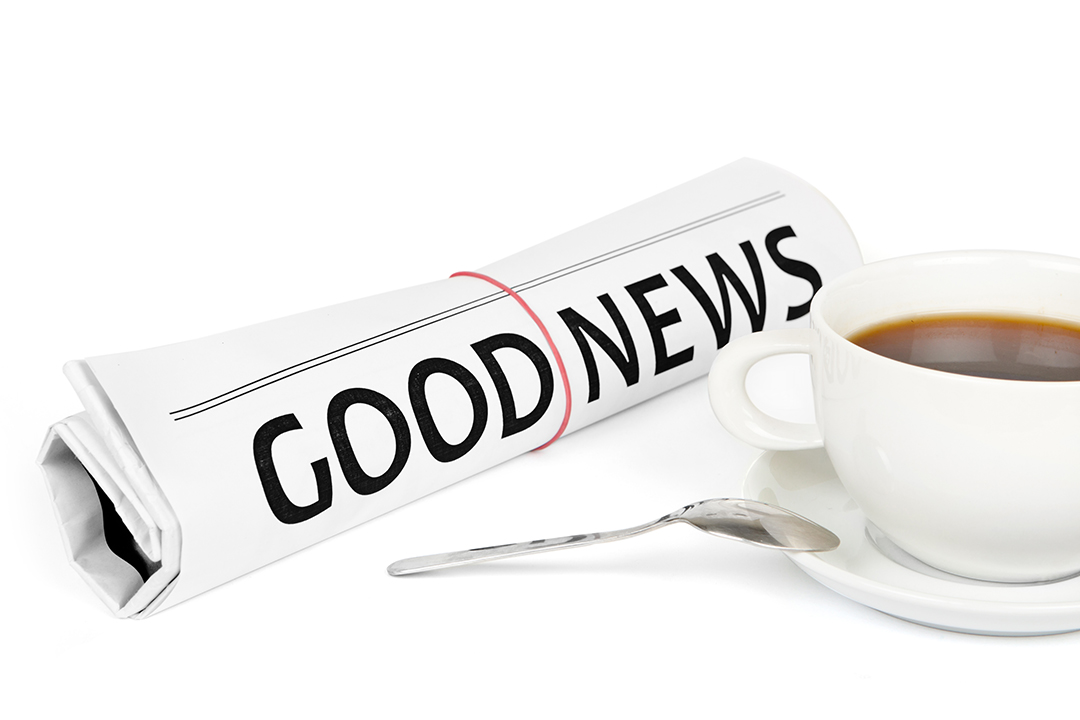 In case you aren’t watching this stuff closely, the economy isn’t improving fast enough for an optimist like me to pull out my favourite line from a song — “Don’t worry. Be happy.” That said, there is some good stuff happening that doomsday merchants ignore, which makes me wonder: what do these people want?

More on that subject later. Let me deal with the good news that’s worth not ignoring, even though the bad stuff isn’t getting better fast enough.

Last week’s jobs report made the money markets tip there was a 63% chance of another interest rate cut in February. That’s not good as it means there is a consensus view of experts that rising unemployment, too slow rising wages and overall economic activity will be sluggish, at best. This scenario leaves us vulnerable to a recession. I bet this is part of the reason why retail sales aren’t improving nicely, despite three interest rate cuts and home loan interest rates under 3% (for those sensible borrowers who’ve searched and got these unbelievably low rates).

It’s good news that many of us are saving harder by using the past three rate cuts to smash down our overall debts to the bank but this collective action robs the economy of spending. We economists call this the Paradox of Thrift, which says if we all save more without any significant spike in spending from, say, business investment or government, then the economy will actually contract and people lose jobs so we end up saving less!

Right now, businesses leaders around the world have been afraid of the trade war, Brexit, geopolitical problems such as Hong Kong and inverted yield curves that scream “ a recession is coming” so investment in new products, equipment, factories, businesses and so on have been put on hold.

The ScoMo Government and Treasurer Josh Frydenberg don’t want to increase government spending (aside from slower drip infrastructure spending) or give cut taxes to offset the excessive thrift or saving that’s going on now. They’re gambling, so let’s look at the good stuff that means they won’t move to do a mini-Budget this year. It also means that they must think or hope the economy is in the process of rebounding and 2020 will be a good year.

This is the good news that Josh and his team will be thinking will turn the economy:

• This from the Deputy Governor, Guy DeBelle at a FINSIA conference: “The mortgage arrears rate, at 1 per cent, is low by both historical and international standards.”

• Both business and consumer confidence improved, though they are still historically below their long-term average but they did move in the right direction.

• Bond yields are rising and the yield curve is no longer inverted.

• The average credit/charge card balance was $3,336.78 in September, up by 3.8% on a year ago – the strongest annual growth rate in 10 months. By value, the sum of credit and debit card purchases rose by 2% in September, the strongest gain in 4½ years. Card purchases were up 7.8% on the year. This is the first sign that some consumers are starting to spend.

• House price predictions of big increases next year — Sydney 14%, Melbourne 15%, Perth and Brisbane 6% and so on — suggest spending should head up because when homeowners think their properties are more valuable, it leads to more confidence.

• The Trump trade deal news (which progressively gets more positive) has fed into the stock market so US markets are at record highs and we’re 50 or so points off our record highs, despite a lacklustre economy.

• This from the Federal Reserve boss, Jerome Powell last week: “If you look at today’s economy, there’s nothing that’s really booming now that would want to bust,” he said to the House Budget Committee. “In other words, it’s a pretty sustainable picture.”

I share this from Powell with my subscribers to the Switzer Report on Saturday: “He even looked at the US debt and deficit and used the highly emotive term ‘day of reckoning’, which he doesn’t see looming any time soon!

I could go on and list all the concerns out there but there looks to be a good chance that 2020 will be designed by Trump, aided and abetted by Powell and China, to be another year without a stock market crash and a recession.

Sure, 2021 could look really vulnerable with so many issues out there such as a too-long bull market, too much global debt, historically too low interest rates, too slow global economy, a Trump-inspired era of trade restrictions, a vulnerable banking system, the EU under break-up pressure, a world of pissed off young people about slow wages growth and the price of property and climate change. And then there’s a pile of ‘black swans’ out there we can’t even see right now!

I have to confess I don’t know what it is that doomsday merchants want. Is it for them to be proved right? Are they gold investors and want their economic day of reckoning? Are they those who believed Steve Keen’s 40% house price falls in 2009 and lately, and have missed out?

Are they hedge fund managers who need the stock market to crash or investors who’ve been shorting the stock market and losing? Or are they caring, closet socialists who really want the current version of capitalism, which encourages investing in property and shares with too many tax advantages, to end?

I’m an optimist and economic realist who knows a recession always shows up, eventually, and ditto stock market crashes. I’m happy for governments to keep the show on the road as long as possible. And our Aussie mob of leaders have done a pretty good job keeping us out of recession for around 29 years.

I know our economy isn’t perfect. I’d love to see more homes built so prices weren’t so high. And I’d love to see faster growing wages linked to a more productive workforce producing lower jobless rates. But I’m not interested in seeing the joint burnt down so we can start from ground zero.

This would be bad for the people doomsday merchants say they care about because they’d lose their jobs and probably their houses, or the chance to ever buy a house. I mightn’t be happy with all the economic policy settings of the Government and the Reserve Bank but I can’t be a part of the cheer squad that supports Pol Pot politics and economics where economic Armageddon delivers an economy at ground zero.