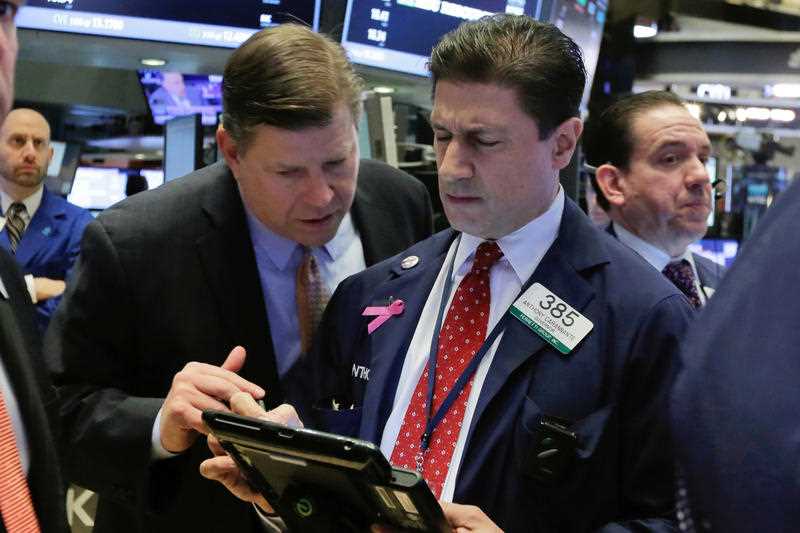 The Fed wimped it! Let's hope the market likes it

The US Federal Reserve has virtually surveyed the stock market to see what it wanted and then did enough to get an initial positive response. In simple terms, the four rate hikes expected and tipped by the Fed in December have been peeled back to two and this should be a good move for anyone wanting to buy US stocks.

It should be better for US economic growth, as the brakes on demand and economic activity, (that rate rises are) are going to be applied by Janet Yellen — the Fed chair — more slowly.

Well, four rate rises in a year was always a big and too robust call. Ironically, it says to some that the US economy is weaker than what the Fed expected in December. That’s probably right but it’s weaker because the Fed was always telling the market that four rate rises were coming.

That led to a stronger US dollar, which acted like a rate rise on US growth and US company profitability. By talking about four rate rises, the Fed really made four rate rises less likely.

The initial reactions were what the Fed would’ve wanted:

This should be good for the local stock market today but it’s now 32 minutes since the Fed decision — 5:32 am — so it’s time to see how the Dow is doing, because the stock market has been crazier than normal this year.

Now I have to set the scene for this reading of the Dow, which is up 70 points as I write. But wait, there’s more!

Right now, Janet Yellen is reading out what her team has to say to the market. Now this should be a boring set of economic predictions you’d expect from a central banker but no, every word is listened to, interpreted and then analyzed. One slip up could turn positivity into negativity.

Janet Yellen has basically said that international developments have lowered the expected number of rate rises but this should help the US economy largely reach what the Fed had been expecting from the economy.

In a ‘perfect world’ statement, the Fed needed to calm market worries about too fast rate rises, while not scaring it that the US economy is slowing down too quickly. That’s what she has tried to do, given what I’ve heard, but I’m writing as she speaks, so maybe I might be missing some remote remark that could spook the market.

Let’s check out the Dow — it’s up 108 points! So Janet has passed the first test of saying the right words that traders wanted to hear. But wait again, there’s still more! Yep, she’s still speaking, so she still could spook the market but I’m betting she won’t.

One thing she said that I liked was that rate rises will be determined by the data flow, which is a lot smarter than just saying four rate rises were coming. The Dow is now up 128 points and Janet is now answering media questions, so there’s scope for mistakes!

The market closes in 73 minutes and the final close remains an unfolding drama.

So 7am has gone and the New York Stock Exchange has closed and this is the final wash up:

Janet hasn’t screwed up but she hasn’t pulled off a big coup market rise so it’s like Basil Fawlty when he referred to the war: “I mentioned it once, but I think I got away with it, all right.”

If Janet failed, stocks would have fallen so green on the screen is a plus. The fact that the Nasdaq was up the most implies that the hi-tech stocks, which are also exporters and which have lost out from the rising greenback over the past year, are potential beneficiaries of the Fed going soft on rate rises.

What’s the bottom line conclusion? The Fed has reacted to the market’s big swings this year but, in backing away from four rate rises, they have foiled those who were predicting a US recession. These actions today should help the US economy keep growing and it should be good for stocks.

That said, this crazy market could argue that the Fed is scared of a recession and that’s why they’ve pulled back on four rate rises. That’s a wrong conclusion on my judgment but that might not stop the crazies on Wall Street seeing it that way.