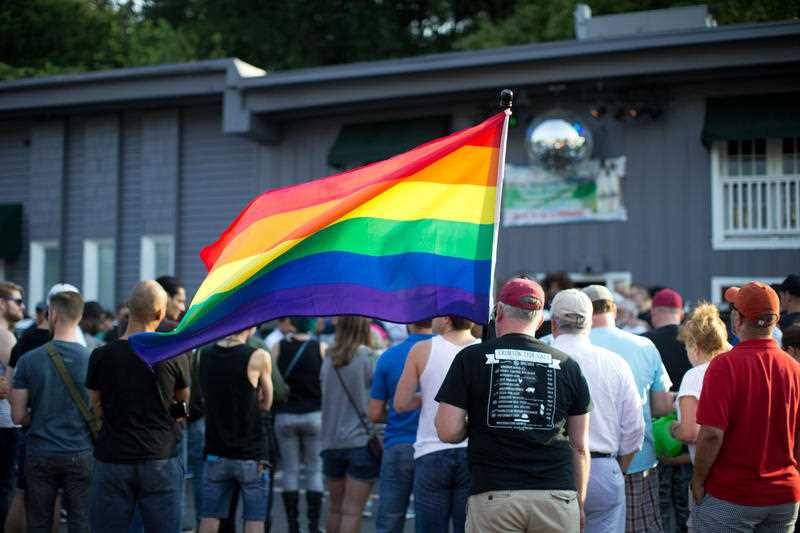 The economic threat of Orlando and Trump

The tragedy in Orlando could end up leading to other sad events, with one being the election of Donald Trump as the 45th President of the USA. This possibility has always figured prominently in my list of international economic headwinds but, after the weekend, it looms as a much bigger threat.

Not surprisingly, the Dow Jones index was down 132 points overnight after Asian and European stock markets put in very negative days yesterday. This was a pretty good result, considering how bearish other markets had been.

Expect a bad day on the stock market today, with materials being the worst performers on the US market overnight.

The latest betting odds have Trump at 3.25/1, while Hillary Clinton is still favourite at 1.36/1 but there is a backlash against political correctness and left-leaning, globally-oriented policies that could help Trump’s chances of beating the odds in November.

We have two big international events over the next fortnight that will be influenced by this anti-PC trend. The first is this week with the Federal Reserve’s decision on interest rates. The second is next week’s Brexit vote.

Until the Yanks got a poor job-creation number in May, when 38,000 jobs showed up instead of the 162,000 that had been guessed by the experts, the Fed was likely to hike the official interest rate for the first time this year. Late last year, we were expecting three to four rises in the US, but now one or two look more likely.

However, while the number of rises is debatable amongst experts, they nearly all agree that the Brexit vote on June 23 will stop the Fed for doing what probably is overdue with inflation starting to rise, at long last.

So Brexit is delaying a US rate rise. What’s powering the latest trend in polls that are now suggesting that Britain will exit the EU? In simple terms, it's a nationalism desire, it’s anti-terror, it’s anti-Muslim, it’s anti-refugees and it’s anti-PC. There is a collectivism that comes with the EU membership, which means the Poms have to become more European and while they relate more to the Germans, the attitudes of the French and those countries that primarily made up that GFC-created acronym — PIGS — tend to frustrate them.

PIGS stood for Portugal, Ireland, Greece and Spain. Ireland looked the odd ethic group out, but its debt/economic problems meant they became a PIGS member. Interestingly, Ireland has seemingly come out of its economic crisis after taking tough medicine, while the others still seem mired in their economic woes.

The Brits too took tough medicine and are on the economic comeback trail and there’s a feeling in the UK that they don’t need Europe. And this negativity towards Europe heightened when the EU wanted the UK to take more Syrian refugees than they wanted.

The Brexit vote will have profound economic and financial market implications, but we don’t know what they are and when markets confront uncertainty, they sell first and ask questions later.

If the Brexit vote takes the UK out of the EU, it will be a win for right-wing reactionary politics. We saw in the recent Austrian poll that there was a huge swing to the right, with a far-right politician coming within a whisker of becoming president. The winner, Alexander Van der Bellen, “vowed to address the ‘divisions’ among Austrians that the poll had ‘made visible’.”

If the Poms head out of the EU, it will be another move towards the right. It will rattle markets and the more volatile and uncertain the environment — worldwide and especially in the US — the more possible a President Donald Trump becomes.

Markets are jumpy right now and will remain so until the Brexit vote is over. The odds to leave are 13/8, while the stay odds are ½, which means this remains the favourite but the odds for an exit have been shortening.

If the Brexit is averted, it will be a shot in the arm for markets, the Yanks will embark on their first rate rise and then a better economic and market outlook might add enough optimism for Hillary to roll Donald.

I don’t like the thought of a Brexit, followed by market turmoil, followed by no rate rise because of economic uncertainty and then a Trump victory, which would spook Wall Street even more.