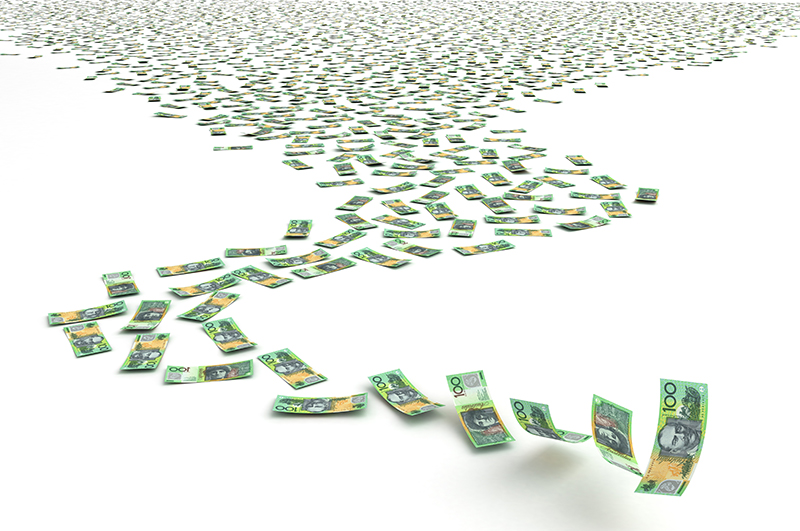 The curious case of the disappearing deficits

It’s the curious case of the disappearing deficits, with our chronic problem with trade and budget deficits vanishing, despite our economy is growing at only 1.8%, which could fall to 1.4% today.

The AFR’s Matt Cranston talked about twin surpluses, which contrasts with the bad economic times of the 1980s when we had twin deficits in concert with double-digit inflation and unemployment!

The twin-deficits were budget and trade deficits but there were really three deficits because we had huge current account deficits as well. The current account adds the big interest repayments to overseas lenders along with other income payments, such as dividends to foreigners who invested in our companies.

Until we saw the latest trade figures, some economists thought today’s economic growth number for the June quarter could go negative, after inventories or stocks in shops and factories fell bigger than expected. But the exports surge will probably keep it all positive.

That said, the annual economic growth figure is expected to drop from 1.8% to 1.4%, which are terrible numbers and it adds to my curiosity about disappearing deficits. This kind of low growth usually hurts budgets but employment has been strong and that doesn’t usually happen. Strange economic days indeed!

Boy has our economy changed! And it’s all since we deregulated the financial system, reduced trade protection and embraced what Paul Keating told us was “microeconomic reform”.

Of course, this was just a fancy economic term for getting rid of stupid productivity-killing practices created by short-sighted trade unions and selfish business leaders, who wanted to avoid competition to protect their profits.

All that has not only made our local businesses and workforce more internationally competitive, it has also helped us become better traders with the rest of the world.

Recently, we not only racked up 18 trade surpluses in a row (that says our trading of exports is outweighing our buying of imports), we have also seen a current account surplus for the first time since 1975!

In the June quarter it hit $5.8 billion and that means if you add our trade surplus (exports bigger than imports) to what we pay out or get in from rent , dividends and interest to and from overseas, then we are no longer in the red (at the moment).

This is a huge win for us as we are a small population country with a lot of economic potential and that’s why we borrow from overseas. These borrowings keep our economy firing along and partly explain why we have grown for 28 years without a recession. But the debt has worried a lot of people.

If this trend can be sustained, it will be a plus for the economy and national finances.

If you want to see the pay off for all these changes/reforms since the Hawke-Keating-Howard governments, have a look at this unemployment graph.

To many of you, this might look like numbers and squiggly lines but to me it shows desperate people out of work, unhappy families and misfortune, that contracted over time. So changes that make these jobless outcomes less likely have to be respected and celebrated.

Today we’ll get a crumby growth number and many media outlets will have gloomy headlines. But this data is for the months April, May and June, which has a lot of election, Bill Shorten policies, restricted bank lending, house price drops and trade war fears in them.

Both business and consumer confidence were affected by the above challenges and the stock market slumped in the second half of 2018.

I think the September growth numbers should be the start of an uptrend, though if the trade war worsens I could have to downgrade my optimism, which is not easy!

For now, I’d refrain from being too spooked by bad headlines coming out of these old news growth numbers.