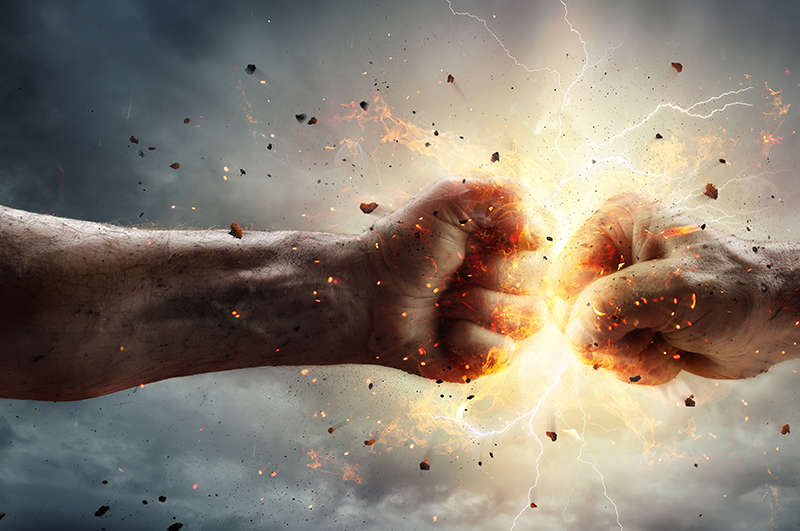 The Clash of the Titans: Switzer & the smarties -v- The Dude

Yesterday I talked about an ex-student (a smart guy), who now hides his smarts under the nickname 'The Dude'. He’s made big calls and is yet to be on the money but he thinks his time is coming.

He taunts me, gently, by sometimes heading his emails with something straight out of scary movie, with his potentially profound: “tick tock.”

Of course, he could be proved wrong for some time but he doesn’t see it as a matter of correctness. In fact, he emailed me yesterday after my story was published telling me: “Now that is funny. It is not about wrong or right, it is just being prepared for the potential downside.”

And that is ultimately true. But when you’re in my game, as a market commentator and financial adviser, getting both your calls right and well-timed is really important.

I know a highly-regarded commentator who told everyone to go to cash years ago. Within a month, after copping a bollicking from every expert who’s not programmed to always be negative, he retracted his big call.

I’ve been supportive of being long stocks since December 2008 and I had some tough nights’ sleep, until stocks U-turned and headed up in March 2009. That was a March to remember, for more than my birthday!

Dude, it is about being right or wrong for me when normal people read me, watch or listen to me and look for guidance. I even have financial advice clients who’d like me to be right as well!

If I accepted your arguments two and a half years ago, someone who might have taken on board your learned view could have missed out on CSL going from $102 to $227 and BHP from $15.57 to $34. Even the S&P/ASX index and related ETFs have gone from 4480 to where it is today at 6041. If someone had listened to your view, they could be down 34% on capital gain lost. And even their two and a half years of dividends of around 10% would’ve been better than the 3% term deposit rates that have prevailed over that time.

My followers could genuinely hate me for giving the right (or the perceptive) advice at the wrong time!

This was yesterday’s instalment from the Dude that gives you a good idea where he’s coming from and how smart he is, though it doesn’t mean he’s right for the time.

“From the first day we spoke, I have outlined the same topics — the Australian housing market is ‘waayyyy’ over-bid. The country is a quarry, with zero other industry. The Australian banks debt exposure is just massive and a ridiculous percentage in one sector, and China is going to go under.”

As you can see, the Dude is a big call merchant and once was an investment banker but he goes on…

“Don’t get me started on the energy sector as that is a true mess, funny how no one talks about Tesla’s battery in SA that has returned $23 million in six months for its French operator. They keep just talking about digging stuff up.”

You have to agree, it is interesting stuff. But it doesn’t add to my fear factor that the stock market is ready to crash, which is such an important thing I have to look out for.

But wait, there’s more from the Dude.

“All it really needed was a push and in this instance it was ‘the Donald’ and the fragility of the economy is quickly shown. Other cracks have been appearing and it was going to happen anyway. You’re going to see the US 10-year bond at 4 % very shortly and that is going to kill the banks here due to their OS funding costs. The AUD falling makes it even worse…

“There’s a high probability that the banks here will probably get downgraded and so their cost of funds will only increase. I have heard that quite a few are giving risky customers the flick and the royal commission is killing them.

“Yet there are always opportunities and it doesn’t mean there aren’t plays to be had as the market has always been very liquid and it is not all bad.”

To be fair, on his scary negative view, the Dude could have shorted the banks and it might explain why he always seems to be on holidays pontificating from exotic places around the world.

And that’s his point — there are many ways to make money in financial markets. And while funds that do a lot of shorting of stocks might have struggled recently, as markets climb higher and interest rates go up, these kinds of more risky investments become more successful plays.

The problem for me is that my audience largely wants me to tell them when the next market crash is coming. This is a tough job but it goes with the patch.

They also want me to tip good stocks or ETFs to buy. And they like it when I say “buy the dip” in the stock market, or when a stock dives and I get it right and they make money. I’ve been doing this since just before March 2009 and I don’t get hate mail on the subject anymore and it possibly explains why 7,000 people religiously read our Switzer Report three times a week, and many more read this blog.

So when I get smart views from the likes of the Dude, I add them to my list of good and bad things that could KO the stock market. Right now, the good stuff trumps the bad stuff. And in this crazy investing world right now, President Trump appears on both!

I can’t be on the Dude’s side, even though he’s smart (and was taught well!) because other smarties tell me it’s not the time to go too negative.

Goldman Sachs sees the next US recession at least three years away. BIS Oxford Economics Frank Gelber can’t see one for five years! (Listen to my podcast with him.) Frank doesn’t see a local house price Armageddon either, with price falls in Sydney and Melbourne more around 10% than 40%!

And he’s a guy who has studied Aussie house prices for at least three decades.

Meanwhile, the RBA isn’t as worried about our banks as the Dude is, despite the fallout from the Royal Commission and the fact US interest rates are on the rise. And let’s face it, the US economy is growing at a 4% plus rate and unemployment is at its lowest level since 1969. And while all this screams inflation is coming, it doesn’t mean a ‘nightmare on Wall Street’ is just around the corner.

Only three months ago, Citi had three red flags in its list of 18 indicators it looks at to warn them that a stock market crash is coming. I reckon the China fight with Trump and rising interest rates might have added one or two more flags but until I see 10 or 12 worrying signs from Citi, I’ll stick with stocks.

My biggest fear is a full-blown trade war and China’s reactions and all the stuff I can’t see, and therefore can’t calculate, into my good and bad ‘stuff’ lists.

When I compare the pluses and the minuses from my lists, I think long only investors (who are people who don’t short stocks or currencies like the Dude but just buy and hold and sometimes sell to go to cash), have time on their side. That said, I expect some hairy and scary moments over the next year or two that my hairline doesn’t really need!