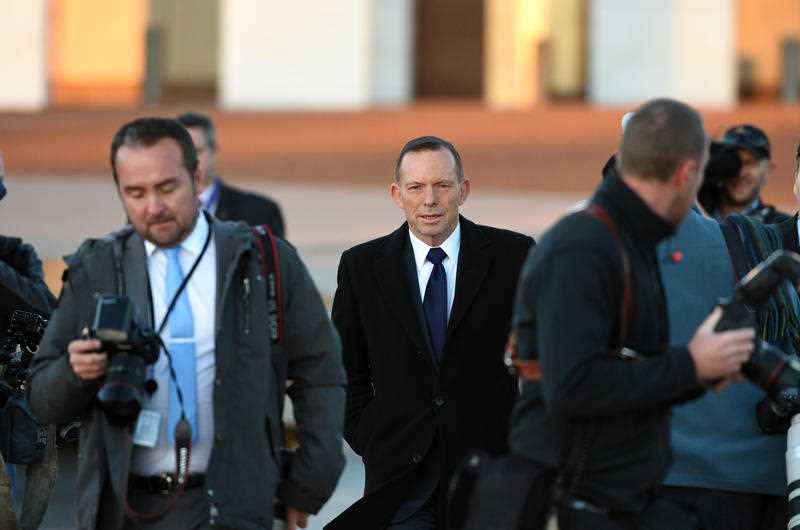 The Budget always brings out experts from La La Land

To all you normal, real world, non-economist Australians out there, forgive the ‘experts’, for they (these so-called experts) generally know not what they’re saying! During this week — Budget week — I’ve come to realise that too many opinion-makers are from La La Land.

Regrettably, some of the experts are people I respect. I even have them on my TV program to tell my viewers ‘what’s what’ about the complicated world of economics and markets, but I do use them selectively.

That said, I also have experts who are well balanced when it comes to La La and reality.

In contrast, the others have blind spots. For example, economists can tell you what the Abbott Government should do about our deficit and debt problems but they’re too theoretical.

Unfortunately, many widely read political commentators will run with these high moral ground suggestions from these experts, effectively surrendering their so-called specialty of understanding politics to become mouthpieces of these theoreticians.

In reality, many political commentators are terribly weak at economics and feel vulnerable about their intellectual shortcomings. They then follow the views of really smart people like Warwick McKibbin from ANU, who has been on the Board of the RBA and gets a guernsey at the Brookings Institution in Washington. Warwick is smart but he’s not God and can get a little theoretical.

That said, he has more realism in him than many academic economists. His take on the Budget in two parts shows this.

First, his purist side says it's a political Budget and does not address our medium-term problems, which includes the deficit, the debt and what to do about it, tax-wise and spending-wise.

Second, he gave into his realistic inclinations in his column in the AFR, admitting: “The Federal Budget does little economic damage and has some good aspects, especially for small business, which is a key driver of growth in the Australian economy.”

I have argued that this Budget gets a tick for chasing growth and it is growth that will tackle the deficit in the first place. I admit that later we will need a really hard look at tax and spending.

Warwick agrees with me that a GST at 15% on everything is the way to go and advances a whole lot of good reasons to believe him. Like most politicians, however, he doesn’t know how to sell it to real Australians.

I think I do, and, believe it or not, I was taught how to this week by a PwC accountant, Tom Seymour. He showed in his post-Budget breakfast presentation in Brisbane, where I did the jokes and the economics of the Budget, how a GST could be sold.

He said if we raised the GST to 15% and broadened it to all goods and services, then you would raise $50 billion! You then could give tax cuts to the bottom 40% of Australians on lower incomes to compensate and the Government would wind up with $42 billion!

You could give everyone a tax cut and even cut the company tax rate with that kind of tax booty every year!

The problem is: how do you sell it?

John Howard gave me a clue on Wednesday as he was also speaking at the breakfast. He pointed out that when Paul Keating introduced enormous changes in the 1980s, he, as Opposition leader, supported many of these reforms.

Nowadays, Opposition leaders are pains in the butt, who simply oppose. As a result, good policy doesn’t happen. I include Tony Abbott in this group of second-rate Opposition leaders — they can be winners but they don’t advance the economy enough.

Another part of the problem is that our last batch of leaders — Rudd, Gillard and Abbott — have had charisma bypasses. Howard was once accused of suffering from the same problem but he grew in stature in the job and was deeply respected in the end. That’s why he became our second longest serving PM behind Bob Menzies. He even sold a GST! Since then, we’ve had 15 years of growth, budget surpluses, government debt at zero and unemployment in the 4% band.

A GST needs to be sold by a PM with charisma or be supported by an Opposition Leader, who puts our country first ahead of their PM ambitions.

I’m a realist and know this isn’t going to happen easily. In a panel session on Wednesday, I pointed out to Mr. Howard that his helpfulness would have partly explained why Hawke and Keating lasted so long but I quickly added that, ironically, he eventually inherited a better economy because of his sacrifice!

He conceded my point was absolutely right!

I wish I had that on tape!

These are important lessons for Tony Abbott and Bill Shorten. Tony has to become likeable and charismatic and Bill needs to be more co-operative and patient.

What’s the answer? Clearly, it’s a charismatic PM, who can sell a good idea to Australia. Until we see someone like that, lesser politicians will ignore the GST solution.