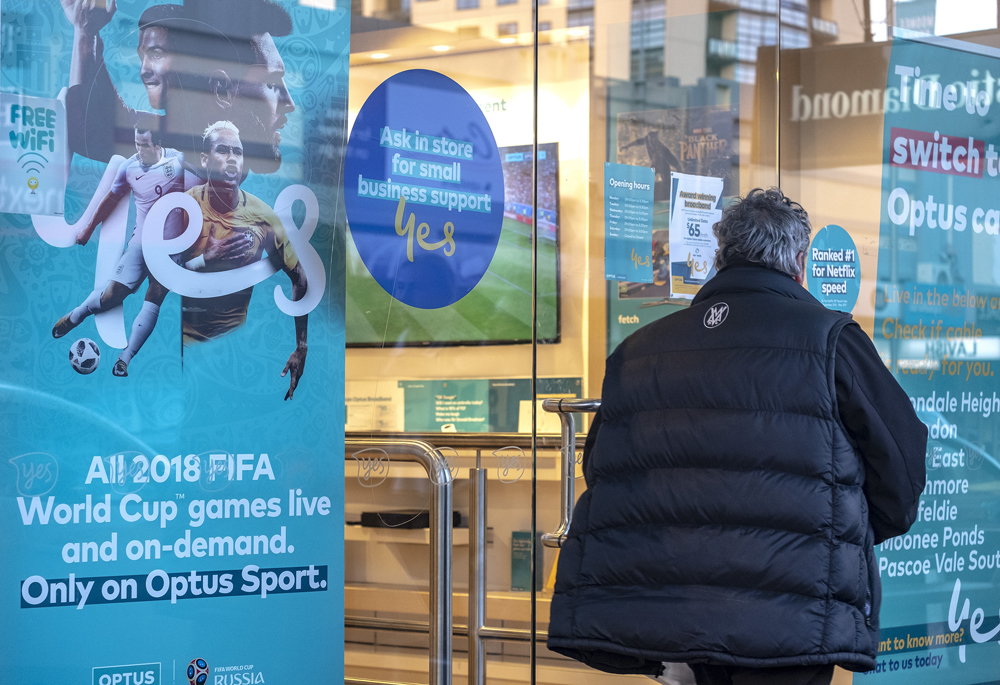 Telstra's CEO has to save his job this week, but Optus could do that for him!

I’ve worked out why Telstra’s share price has been in the toilet! And my discovery was rammed home by the World Cup experience of their fiercest rival — Optus! Yep, the reports aren’t good for the Singapore-owned telco, with its World Cup soccer streaming rated as hopeless.

Luckily for Optus, a lot of Aussies aren’t soccer, sorry, football or “the beautiful game” nuts. However, they’ve really offended some people, who aren’t great forgivers. Once upon a time, we’d see old and violent race rivalries at soccer games before teams lost their old European heritage names.

In case you missed it, the SMH’s John McDuling says “the Singtel-owned carrier is in crisis mode after a World Cup streaming failure of epic proportions.”

McDuling reckons the fact that Optus beat Foxtel for the World Cup soccer rights meant that SBS ended up with the Australian games and one other game a day. But soccer nuts are cheesed off because they want to see as much ‘football’ as possible.

To access the ‘full monty’ of soccer, these football-crazed fans had to take out an Optus TV subscription. Imagine how doubly cheesed off these people would be if they had to pay for something they used to get for free. Now they’re paying for something that’s failing to deliver!

Obviously, the Optus boss, Allen Lew was in apology mode and promised to do better. But you’d have to think that this huge outlay for the rights has been a PR and customer-collection disaster.

This Optus failure couldn’t come at a better time for Andy Penn, who does a show-and-tell on Wednesday. He’ll be doing this knowing his share price has fallen 51% in three years, leaving a lot of older Australian shareholders, who live off their dividends from stocks (dare I say) not cheesed off but pissed off!

Telstra’s share price has rebounded recently and is now $2.94. Some of that rebound could be based on what Andy might say this week. However, if he underwhelms, the market will be brutal.

Over the years, I’ve had a lot to do with telco companies and they were always captive to their marketing departments, who were famous for coming up with nothing, or disasters like the Optus soccer screw up.

One of the world’s greatest marketing experts, US-based Seth Godin, wrote one of the best business books I’ve read on marketing called Purple Cow. Godin has always argued that “marketing is too important to be left to the marketing department!”

This is unfair because there are brilliant marketing departments in companies such as Apple and many of the high-end brands for luxury goods, who really know their customers.

But this is what’s wrong with the likes of Optus and Telstra: they’re not great to their customers, which is the greatest marketing mistake of all.

I once told a group of telco salespeople to tell their best customers that they should be able to ring them if their lines of communication went down because their customers are really important.

I was later told not to repeat this great customer service lesson because the salespeople can’t deliver on their promise! They couldn’t guarantee to get a problem fixed even if their customer’s business and livelihood depended on it!

Of course, a lot of this has come out of deregulation and competition, which has driven down price. But as the old saying goes: deregulation brings out the best in products but the worst in people.

We don’t trust telcos and they never do anything to change our attitude towards them.

Andy is bound to announce job cuts on Wednesday to improve his bottom line and his share price. I really hope he keeps anyone who can ensure better customer service. Maybe his better strategy would be to announce hiring people to give better customers service. Now that would be an idea: better services leads to more loyal customers leads to more revenue and a higher share price!

I know it’s ‘outside the square’ but all the inside the square stuff hasn’t worked to date for Telstra. Perhaps ‘cheap and nasty’ needs to be replaced by ‘slightly dearer and really nice’ service. Is this an idea whose time might have come?