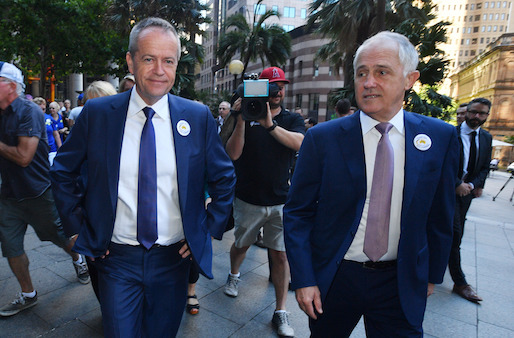 Tax cuts, tax refunds and dividends for all!

No surprise here that this is the run up to the Federal Budget, which comes around on the second Tuesday in May. And subjects in the news are taxing, with the Turnbull Government wanting to cut company taxes and Labor promising to stop retirees getting access to tax refunds from investing in dividend-paying shares.

Labor’s Bill Shorten is using smart lines to justify his position such as “why would you give a tax refund to someone who never pays tax?”

A retiree in the tax-free zone in their super fund can buy dividend-paying stocks and, as these dividends have been taxed 30%, this is refunded back to these retirees.

Other Australians get refunds but they use them to offset the tax they have to pay in their super funds, so it reduces their tax bill. These people won’t be ‘billed’ by Bill’s proposed bill! The only ones who will be affected are those low income people like pensioners, who might get a $5000 refund, which really has a big impact on their lives. The annual pension with supplements gives a pensioner $23,582 a year, so you can see how important these refunds would be.

I think the refunds should be capped at say $10,000. If this was done, then Labor wouldn’t collect enough revenue. The problem of tax policies to allegedly punish the rich, who use the tax system wisely, is that it captures a whole lot of non-rich people.

Let’s face it, there are a lot of Australians who don’t agree with maternity leave for well-paid professionals. In a perfectly fair world, the best tax system would weed out people who can and can’t afford to pay tax, or who need to receive government assistance, and those who don’t.

However, any political party trying that would never win an election, unless the whole nation was on medication!

To the Government, and it wants to cut company taxes but Labor and its supporters, like trade union boss, Sally McManus, can’t see the pay-off from giving companies a lower tax rate. At the National Press Club speech recently, she suggested there was no evidence that trickle down economics works.

However, I can’t think of any case where trickle up economics works either, as the Eastern Bloc countries and China’s experiment with old world communist economics proved.

Sally said of the Government, that “trickle-down economics is the only song they know, and we're sick of hearing it.”

In an opinion piece, Sally wrote the following: “At a time of record low wage growth, when stressed working families struggle to pay the bills, we hear the same old tune – tax cuts for big business will lead to workers getting pay rises.

“But a third of big businesses aren't paying any tax, big business profits have increased massively, and yet workers' wages remain at record lows, while the casualisation of the workforce is accelerating.”

Her words are emotive but she is a tad deceptive as well. First, many stressed families have problems with paying bills. Second,  some big businesses don’t pay tax because in the past because they made losses. Ask Myer about its recent profit performance. Others invest in the future, which reduces profits in the short term but they eventually pay.

Third, wages growth has been poor but so has inflation and so real wages have actually increased a little. And fourth, she didn’t mention that jobs growth of over 400,000 in a year is a record and the tip is that the same number are on the way this year.

Many of us (including me) might have doubts about some casual jobs and what people are paid to say deliver food on bikes late at night. That is an area where trade unions deserve to be heard to avoid exploitation. However, with her snappy speech, Sally looks like she’s lining up to be a future Labor MP, like her former union leader, Ged Kearney, who recently took the seat of Batman.

The truth is that interest rates are really low so lots of workers, who owned their homes before house prices boomed, are really in better positions than ever before. In the past we saw better pay rises but it brought inflation and home  loan interest rates of 8, 9 or even 17%! And the unemployment rate was 7,8 or even 10%!

And by the way, a lot of companies are small businesses and these businesses often don’t make a profit, despite the fact they employ people and stay in business.

For those who ponder the tax generosity of Governments to pensioners and business, with all of our budget deficit issues, there is some good news that a lot of our media outlets ignored last week. This is the headline CommSec’s Craig James ran with on Friday: “Budget deficit dramatically shrinks to 9-year low!” (That’s my ! but it deserves to be there!)

“In the twelve months to February 2018, the Budget deficit stood at $18.6 billion (around 1.0 per cent of GDP) – the smallest rolling annual deficit for almost nine years,” he told us. “It has been a dramatic improvement.

“Late last year, the government’s finance boffins mapped out where the budget should be each month in order to hit the target of a $23.6 billion deficit for the full 2017/18 year. At February 2018, the profile deficit was expected to be $27.8 billion. The actual result was $19.75 billion, an almost 30 per cent improvement.”

This sets a very interesting scene for the May Budget and then next year’s election. The PM promised jobs and growth and that’s what we’re getting. However he is been clobbered again in the latest Newspoll, with 29 of those polls saying his Government stinks, despite him being more popular than Bill Shorten.

Tax and wages will be important battlegrounds for the next election. Happily for the PM and Treasurer Scott Morrison, the economic and fiscal bottom line story is going to be a pretty good one.

But the interesting question is whether Malcolm’s lacklustre leadership will be outweighed by his team’s gradual, positive impact on our economy and, by definition, our lives?

The interesting trend is that jobs are flowing, interest rates are set to remain low and experts think wages will start rising at a better rate this year and taxes could be coming down, which sounds like dividends for all!

Jobs and growth can deliver an economic nirvana but we have to be wise enough to enjoy it while it lasts.