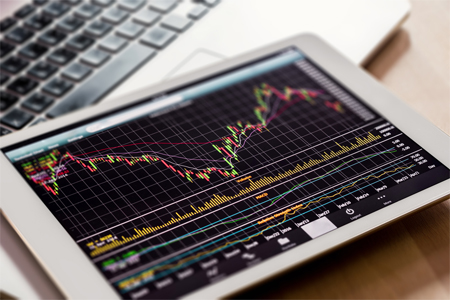 Take risks and be optimistic - it will reward you!

Last night on my own TV program I was accused of being, now wait for it, an optimist! And my guest  — a respected economist — rubbed it big time by adding: “Peter, you’re always an optimist!”

The accuser was an old friend and property economist/expert, Dr. Frank Gelber, of BIS Oxford Economics but as he ribbed me, it reminded me of one of my media colleague, who off-air pilloried a well-known economist for being “an eternal optimist!”

Ironically this economist, who will remain nameless, is one of the more reliable predictors of where the economy is going, but actual economic reliability tests of economic forecasters are not something that often gets done.

Why? Well, forecasting is not easy and if you bag an expert for getting it wrong, they will wipe you and that could make life hard for media people who need ‘talent’.

I admit I tend towards those economists who get it right more often — funny that — and avoid the pessimists who are often wrong. Some economists seem to be that way, either for headline appeal reasons or they just can’t help being negatively-inclined — they’re programmed to think the worst.

In the past I have given a long list of reasons why being optimistic is rewarding and I will revisit them in my Weekend Switzer blog, on Saturday, with additional updated arguments for being optimistic, but let’s just look at Frank’s reasons for teasing my optimism on my own TV show!

Dr. Gelber, with his economist’s hat on, does not think interest rates will rise for three years! I have other economists, who come on my show, who say “no rate rise until 2019” but there aren’t many who see a rate rise that far off.

So, why is he so down on the Aussie economy? I’m expecting a rate rise in 2018 and that’s because my analysis is consistent with the Reserve Bank and Treasury economists, who can see us growing around 3% this financial year, but Frank, with his no rate rise until 2019, is clearly more pessimistic.

But that’s where interpretations can lead to predetermined errors. You see, I saw Frank’s disagreement with the RBA, Treasury and yours truly as a worrying sign, but I might have been overreacting.

You see, when pushed, Frank said he didn’t see a recession but only slower growth than what I was expecting. He doesn’t see economic Armageddon but he doesn’t see us going gangbusters either, and that’s when he made the point that I am “always optimistic”.

In fact, it’s not 100% accurate as I was pessimistic when the stock market crashed 50% across late 2007 to early 2009, but I was one of the first to warn investors that stock markets rebound big time after a crash.

I did get optimistic early. By about November 2008, after it was clear that central banks, led by our own RBA, were going to cut interest rates and throw money at the problem, and that governments were going pump up budget deficits, I started collecting “economic good vibes” data/news showing that positive changes were afoot.

Either way, it shows that it generally pays to be optimistic, though it doesn’t always pay.

We still have not passed our all-time high of around 6,800 on the Index, which we hit just in 2007 before the GFC market crash.

However, if that crash had made you pessimistic and you went to term deposits, you’re desperately out of the money, especially if the market slide took 50% of your capital.

On the other hand, if you returned to stocks, with dividends, you have more than made up your losses, but if you took your optimism to Sydney property, which I was also optimistic about, before it took off, you would be laughing all the way to the bank.

You still have to be careful with optimism and never use it with unreliable people and assets, but it does have a regular habit of paying off when you deal with quality people and assets. I recommend you try it.