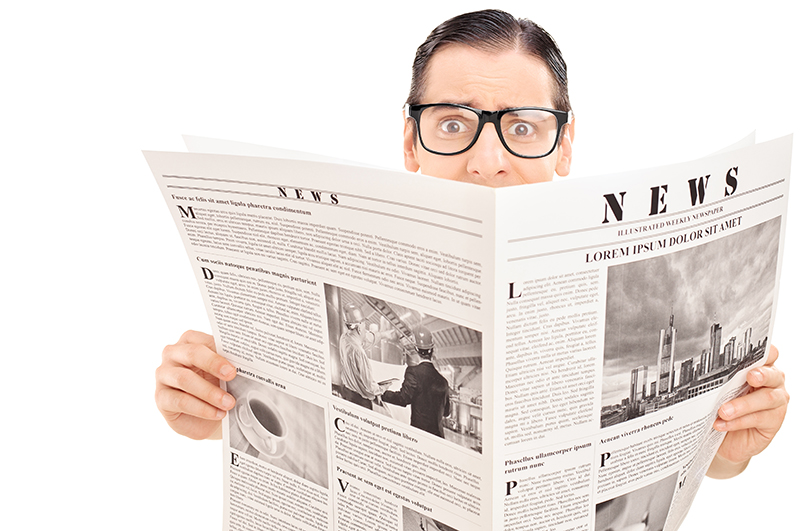 Stop reading crap and learn these 5 get rich lessons

I was reading the greatest amount of crap in a quality newspaper from a so-called economist, which went unchallenged by a so-called journalist, when the number cruncher argued that Sydney house prices are up to 50% over-valued!

So what this nincompoop (masquerading as an economist) is trying to argue is that somewhere in Sydney there is a house that would need to have its price cut by half to get someone to buy it!

Ultimately, the real test of something’s value is what someone will pay for it. An auction is the best example of where price discovery happens and sure, people can overpay and underpay at various times but that’s what all markets do. There is never one true price that everyone accepts.

So with a world misled by misguided ‘smart people’ and scribes who’ll report anything, I thought I’d suggest five lessons that might insulate you from silly money news that could lead to money mistakes.

The first is: be really careful about silly rules of thumb and what you read in the media. There’s some great and informative stuff in newspapers and news websites but they’re often not on the front pages! In the world of clickbait, scary headlines are used to attract eyes and they create impressions that lead people to lose money.

Those who got sucked into the property cycle after five years of rises in Sydney and Melbourne by stories about huge auction clearance rates and how someone bought a house for $500,000 and sold it for $1 million, would have encouraged FOMO (fear of missing out) people to buy at the top of the market. Be the person who bought in gloom at $500,000 and sold at $1 million in boom.

And be wary of silly rules of thumb by people with no money form. The classic one is: “you can’t go wrong with bricks and mortar!” Yes you can, especially if you buy at the top of a housing cycle and then try to sell at the bottom.

Second: be different from most people because most people don’t end up richer than the average Aussie. And the best way to be different is to promise yourself that you will become a saver. I’m asking you to become boring to become exciting! It’s by saving that you get the money — either using your own or by convincing a lender to give you a loan — that you get the money to invest with.

The most boring but potentially exciting thing you could do is - do a budget! You could go online to find a budgeting tool. Doing that will show you what you earn and what you spend. A budget tells you what’s going on with your money — it measures up your money life. There’s an old saying: if you can’t measure it, you can’t manage it!

Why is a boring budget potentially exciting? Well, it gives you the money firepower to turbo charge your wealth-building.

Third: once you can see your ‘life on the lawn’ via a budget, the next step is to GST your life — put a mower across your ‘life lawn’, chopping off 10% of your spending! This is a way to introduce an accountant’s approach to cutting costs. Look at all your spending and try to cut all costs by 10%. Effectively, you’re taxing yourself to show you the money that will make you richer! It might mean you move suburbs if you rent, you search for a cheaper home loan if you own a home, you find a cheaper credit card or you take cut lunches to work. In a gutsy way, you have to step up and look for 10% savings on what you spend.

Fourth: make a commitment to become an investor, This means you start caring about making money. If you have never invested in the stock market before, you might say to yourself: “I’ll take the next two or three years to become an expert stock market player.” You will read books on investing. You will go to great websites like this one. You will sign up for a free trial to the Switzer Report that gives stock suggestions and education. You’ll look for other newsletters and you’ll read the business sections of newspapers and similar websites.

After those two or three years of learning (which you might have to do with a small outlay of money so you have skin in the game), a stock market crash might come along and you’d be ready to seriously invest to get rich!

This example shows what the minority knows that the majority always misses out on, because the front pages of newspapers and websites don’t educate — they entertain and scare. It’s hard for the average person to get rich on that stuff.

Fifth: actually have a plan to get richer. Write it down and own it. And if you’re saying: “Here he goes again with his plan idea” and you haven’t done a plan, then that’s why I’m going on about it again!

We’re programmed procrastinators and it’s at the core of why we don’t achieve what we really want. We delay taking the first steps to success and without that first step, the others can’t follow.

Wise people who know themselves learn to know and change themselves. If they’re delay-merchants, they go to dieticians, personal trainers, tennis coaches, financial planners, accountants, bookkeepers and so on. They make a weakness and a threat to success irrelevant by taking action. They don’t make excuses such as: “I don’t have time or the money to improve!”

If you read this and then don’t write anything down or make a call to get help to get rich (be it going to an education body for a course or to a financial adviser), or if you don’t order a book that shows you are about how to change, then you really don’t want to get richer.

You could even just sign up for a free trial to the Switzer Report, which would make you happy because you did something positive for your future wealth. And you’d make me happy too!

On my TV show recently, I showed how a simple lifestyle change could result in a million dollar nest egg when you retire. But on the fear that I might bore you with words like “retire” and “super”, let me suggest, as I did on my Money Talks programme, that if you know a million dollars, in real terms, awaits you when you stop work, wouldn’t that mean you could more easily enjoy your life in your 30s, 40s and 50s?

So what is this little lifestyle change?

• Give up three cups of coffee a day.

• Slam it into superannuation on top of your 9.5% compulsory super. And if you’re in a good super fund, you retire with $1 million in today’s dollars!

This shows the payoff of my 5 get rich lessons:

2. Be different — be boring and do a Budget!

3. GST your life to show you the money.

4. Become an investor and hang out with the right people via websites, books, newsletters, advisers etc.

5. Write down the plan to get richer today!

John McGrath, the real estate entrepreneur created  the one page business plan. That was his reaction to the fact that business plans were too thick and no one read them so they ended up in the bottom drawer after a business owner showed it to a banker to get a loan!

Your money plan, like John’s one page business plan, has to be a blueprint that shows you how you get richer. It should be easy to read and you should read it!

It should spell out what you want out of your money life and how you’re going to make it happen. And what is your starting point?

That’s easy — my 5 get rich lessons and at the risk of repeating myself, here they are again:

2. Be different. Be boring and do a Budget!

3. GST your life to show you the money.

4. Become an investor and hang out with the right people via websites, books, newsletters, advisers, etc.

5. Write down the plan to get richer today!

And if this little lesson makes you take actions today, please pass it on to someone you care about, because life can be better when there’s a few extra dollars around.