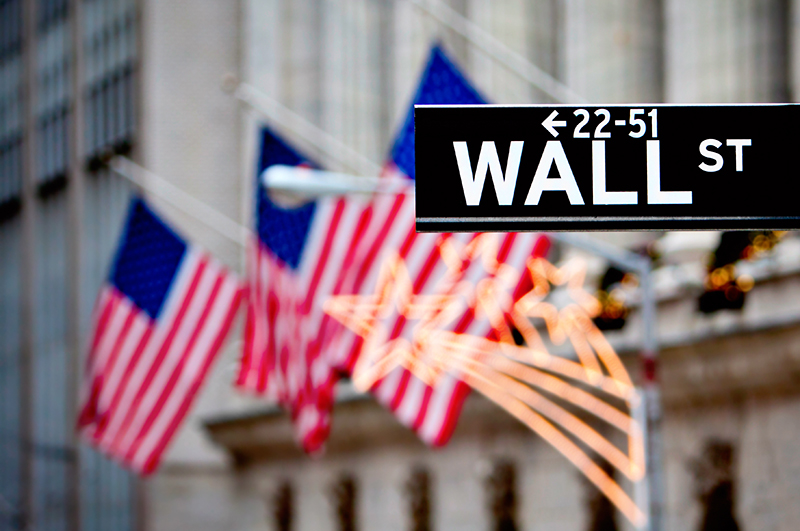 Stocks up! Who said the market couldn't get it up again?

Wall Street, which is driving this current market action with a lot of help from China, was up again big time overnight. The red colour of this yahoo.com chart of the S&P 500 Index in the US shows the market is still down from Friday’s close but there’s only 11 points in it!

So what gives? What’s changed? Has Donald said nice things about China? Is a trade deal close? Has China backed off its currency depreciation as retaliation to Donald’s 10% tariff on the $US300 worth of goods not earmarked for tariffing until last week?

That’s a negative to both questions. So why the newfound positivity?

This market jump, where the Dow was up 371 points overnight, is in contrast with a Capital Economics analyst who thinks US stocks are set to fall 15% by year’s end. And Carl Icahn, a HUGE market player, expressed concerns about the US economy’s challenges and how you can’t rule out a recession. That said, Carl is the kind of guy who can (and does) influence the market and you have to wonder if he does so to help his investments. George Soros has been accused of the same kind of thing and maybe Warren Buffett does so as well to help the market out of a downturn jam.

But back to why the US stock market has turned around.

“This is pretty normal after-market shocks,” said Keith Lerner, chief market strategist at SunTrust Private Wealth, to CNBC. “Normally, you have a sharp move down, catching people offsides. Then you get stretched to one side and there is this battle between fear and greed. You get some people thinking this is ‘the big one’ and they start selling. But then you get people coming in wanting to buy.”

Rocking markets was the fall in bond yields this week as a reaction to the trade war escalation from both sides. And while they have snuck up since lows this week, the drop in yields can be a warning sign that a recession is not too far around the corner.

Not helping positivity were the likes of New Zealand, India and Thailand, which all cut interest rates because of looming economic slowdowns. And remember, we cut the cash rate in June and July and so did the Yanks recently. Simply put, this trade war is hurting the global economy. If markets crash, Donald’s fingerprints will be all over the crime.

Helping turnaround sentiment was very good export data out of China, where an expected fall in exports was trumped by a strong 3.3% increase! How did that happen with a trade war?

This led China to set a currency value for the yuan against the greenback at a higher level than was feared and the stock market liked that. As I said earlier, bond yield have since gone up but are below the levels of last week.

Few normal people understand bond market prices and yields but just lock this in for the moment — if yields on bonds for countries such as the US and Australia fall, it’s bad news for those types of economies and vice versa.

So if falling yields might be saying our economy is slowing, let’s see the run of data this week.

• First homebuyers’ share of the loan market is at a seven and half-year high.

• We cracked a record high trade surplus and we’ve put together 18 in a row.

• And we look on track for the first current account surplus in 44 years!

• Weekly consumer confidence dropped but it could have been spooked by the scary stock market news earlier this week.

• New vehicle sales dropped 2.8% in July but the industry thinks we could be at the bottom.

• The Australian Industry Group (AiGroup) Performance of Services Index (PSI) fell by 8.3 points to 43.9 points in July – the lowest level since November 2014. Readings below 50 indicate a contraction of services sector activity.

This last reading is the most worrying because most people are employed in the services sector. An alternative measure, however, wasn’t as negative. The ‘final’ CBA/IHS Markit Services Purchasing Managers’ Index (PMI) fell by 0.3 points to 52.3 points in July.

So on the AIG number, the sector is contracting. But on the CBA one, it looks like it’s expanding!

As you can see, the good news suggests we could be turning the corner but that services number can’t be ignored.

The RBA will be watching the data flow and if there’s not a convincing pick up, it will cut rates on Cup Day. But I reckon they’d love to keep 1% up their sleeve in case the trade war/currency war problem gets so serious that it threatens a global and US recession, which would knock us for a six!

We’re in the hands of the dealmaker Donald and it’s just one more curve ball stock market players and business investors have to cope with.

I remain long stocks but I do it with a lot less confidence, compared to earlier this year when Donald was hinting that a trade deal would be done by late March. Some experts are selling stocks into this rally. And if you’re the kind of person who’ll slam me if a big slump happens soon, then maybe you should join them.