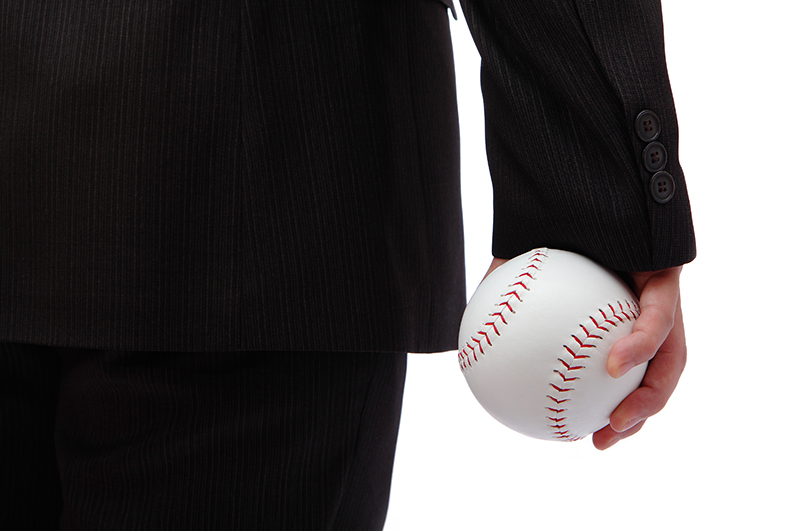 Just when our unemployment rate has dropped from 5.3% to 5%, Wall Street is having another bad day at the office. Is this a sign of scary stock market stories to come, which could KO our economic recovery, or can we relax and enjoy the ride up?

In brief, I think we’re still on the way up. Enjoying it will be hard because any investor in stocks will have to cope curve balls coming from everywhere.

Before I list those curve balls, I should tell you that despite another day of fear and loathing on US stock markets, with the most reported index — the Dow Jones Industrial Average — down over 450 points at the worst level  before the close, experts say the US bull market is not over yet!

The smarties at Goldman Sachs think 2019 will be another good year for stocks but the rate of rise for the key indexes will be slower.

And as we’ve been in a rising or bull market since 2009, one has to expect when you get into the euphoric phase of a stock market, screwballs throwing curve balls will create days like these but it doesn’t have to mean the economic end is nigh and a recession is around the corner.

This week I revealed that pointy head economists like American Nouriel Roubini, who tipped the GFC was looming, and the Economist Intelligence Unit as well, think 2020 is the year to fear.

However, it’s right not to be complacent as one of the world’s best ever investors, Sir John Templeton, educated us to understand that “Bull-markets are born on pessimism, grow on scepticism, mature on optimism and die on euphoria.”

Donald Trump with his trade war, and a cast of global screwballs throwing curve balls at Wall St, could easily rob us of seeing our stocks bust through the 7000 level. Remember if Wall Street sneezes, we catch a cold, which means if the US market crashes, then a crash comes globally. And it doesn’t matter how good our economy is then, we will feel the economic vibrations as a big trading nation, so our stock market will play follow the leader into a bear market.

By the way, the history of stock markets tells me that we will go through the 7000 level before our market crashes and that would mean a nice 20% plus gain, if you played a simple exchange traded fund for the S&P/ASX 200 index! But history doesn’t always follow the same script and that’s the gamble for stock players going forward and it’s why I’m writing this today.

Now to the screwballs throwing curve balls at stock markets and economies. Let me list them:

• Donald has his pre-mid-term election play of a trade war with China.

• Speculators, who think the Fed boss, Jerome Powell, is stupid enough to raise interest rates too fast in the USA.

• The Italians who could try and leave the EU because of their unwillingness to be fiscally responsible — who thought they ever would be?

• The Saudis, who thought they could kill a pesky journalist and get away with it. Showing how screwy our world is, talk of a US punishment has sent oil prices spiking and that can hurt companies that use oil.

All these factors hit stock player confidence and you have to factor in the screwballs who have overbought tech stocks, such as the famous FAANGs — Facebook, Amazon, Apple, Netflix, Google.

CNBC showed how the ball throwers have hurt some key stocks overnight. “Several stocks seen as economic bellwethers fell sharply in the U.S., as United Rentals and Textron both dropped at least 10 percent. Snap-on and Caterpillar, meanwhile, fell 8.8 percent and 4 percent, respectively.”

On the China front, the trade war is really hurting its stock market, with the Shanghai Composite down 2.9% yesterday. And market watchers think the Chinese economy has to slow down more than most think right now.

“Mr. Market is speaking loud and clear on China. The country is losing and needs to cry uncle,” said Nick Raich, CEO of The Earnings Scout, in a note to clients. (CNBC)

Meanwhile in Europe, the Italian boss of the European Central Bank castigated his fellow Italians for being virtually economic nincompoops and the country’s bond yield spiked higher. That’s not a good thing!

And even the Fed raising interest rates is starting to hit the US housing sector and so building stocks have copped it.

Throw into all this the Saudis possibly ‘weaponizing’ oil, as they call it, where they react to criticism and accusations about killing Jamal Khashoggi by cutting back on supply in order to drive oil prices higher, and you have good reasons to understand why stocks prices are falling today.

But do all these factors mean that a recession is on the way?

Well, if they don’t get resolved, especially the trade war, then this optimist turns pessimist but for now I’m backing Goldman Sachs, the history of stock markets and our improving economy to see our market beat the 7000 level. That said, it does rest heavily on Donald Trump. If Donald was a racehorse, I wouldn’t be betting on him with confidence.